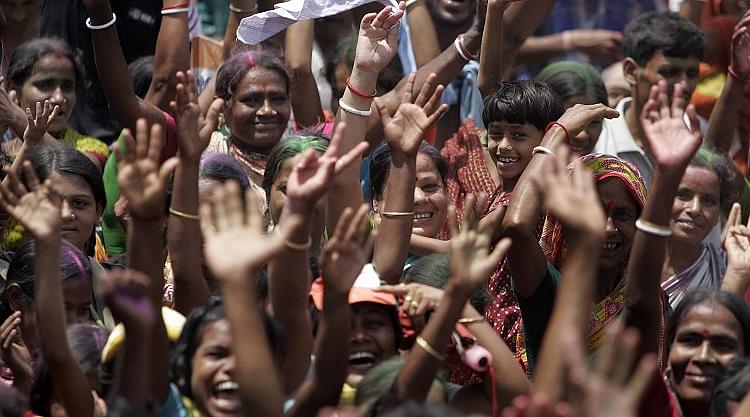 The Supreme Court verdict in the Singur land acquisition case, where it ordered West Bengal to recover the land allotted to the Tatas for the Nano project and return it to its original owners, is not the last word in this matter. Nor will it end all future disputes over land compulsorily acquired for “public purposes”.

The only way to see this verdict is to see it as the logical and long-term consequence of abolishing the right to private property as a fundamental right - a right whittled down regularly from the day it was put into the Indian Constitution and finally buried in the late 1970s. The new 2013 Land Acquistion Act offers better compensation, but does not go the distance in restoring the right to property. It needs to be scrapped, not just amended. More on that later.

While Wednesday’s judgment annuls the land acquired by the Left Front government in 2006, the case filed by the Tatas against Mamata Banerjee’s 2011 Singur Act is still pending. Return of land to the original owners has been decided, but the return of money spent by the Tatas at the plant site and for the land is not. We will hear more on this.

The core of the current judgment is this: the two-judge bench with V Gopala Gowda and Arun Mishra concurred that the land was illegally acquired even under the draconian 1894 Land Acquisition Act, as the land owners were not properly heard or their objections clarified before the takeover. But they disagreed on whether acquisition of land for setting up the Tata Nano car project was a public purpose. Mint reports that Justice Gowda said handing anything over to the private sector cannot be termed public purpose, while Justice Mishra said the opposite.

Justice Gowda clearly is wrong, for public purpose cannot be determined by the judiciary but a government elected to power. Public purpose need not also mean absence of private ownership of the acquired assets. Clearly, this issue will remain hazy for a long time, creating needless business uncertainty.

The judgment also ordered the return of the land to the original owners and that the compensation already paid will not be returned. This is fair because the land owners had to survive without their land in the interim between 2006 and now. A full 10 years. One wonders whether the owners who did not take the compensation will get both their land and compensation, or only the former. It would be a travesty if they too did not get both.

The judgment could open a can of worms, for land has been acquired for public purposes by not only West Bengal, but other states also. Here too land owners were given short shrift and not adequately heard or compensated under the old Land Acquisition Act, which was replaced with another one in 2013 by the United Progressive Alliance government. The question is whether land acquired under the old act and still under litigation will now face fresh challenge.

Some related questions about the judgment are troubling too: if the original acquisition was illegal and malafide, how can the allottees – the Tatas in this case – who had nothing to do with the illegality be penalised? Clearly, the cost of wrongful acquisition must be borne by the state, which is a continuing entity despite a change in government from Left to Trinamool; what the state government can do is prosecute the politicians and officials who were party to the malafide acquisition and recover some of the money. But it has to compensate the Tatas.

The one thing on which Banerjee is right is to insist that no land can henceforth be acquired without the owners’ consent. She has, in fact, gone one step ahead of the 2013 Land Acquisition Act and said that no land will be acquired even for infrastructure without full owner consent.

Narendra Modi’s government would do well to use the opportunity provided by the Singur verdict to rethink the 2013 Land Acquisition Act. The changes he should propose include the total scrapping of the act, and its replacement with another law. These could include:

One, 100 percent consent for land acquisition for any project.

Two, no artificial formula for deciding land prices in acquisition. This means the payment of two times market prices for urban land and four times in rural areas must go. Once 100 percent consent is mandatory, it makes no sense to jack up rates artificially. Land prices are anyway going through the roof, and are now hitting the limits of buyer purchasing power.

Three, it is worth restoring the right to private property as a fundamental right. Once this is done, no unfair takeover of land can ever take place. The new law to replace the 2013 Land Act should be titled “Restoration of The Fundamental Right To Property and Market-Based Compensation Act.”

Four, efforts must be made to create a formal land market both through better titling laws and a proper recording of transacted prices. A related law to provide for price contestability – where any government or private party can offer to buy a property at a 10-25 percent higher rate than the reported price – could prevent property prices from being under-reported for evading tax.

Five, the law of “eminent domain” - which allows states to acquire land in public interest - needs to be narrowly defined and “public purpose” delineated with clarity. Banerjee is right to say that even for infrastructure, land will not be acquired without consent. Consent can be generated through a market plus price, except in exceptional cases like defence or national security needs. There is a need to defend private property against greedy states as much as the land mafia.

It is only when a proper market for land is created and guarantees against expropriation given that we can have fair prices for both buyer and seller. Otherwise, it is middlemen and corrupt politicians who will skim the cream by exploiting both parties.