Of Fleeing Money And Defaulters: Does Government Want The Money Back, Or Just A Public Spectacle? 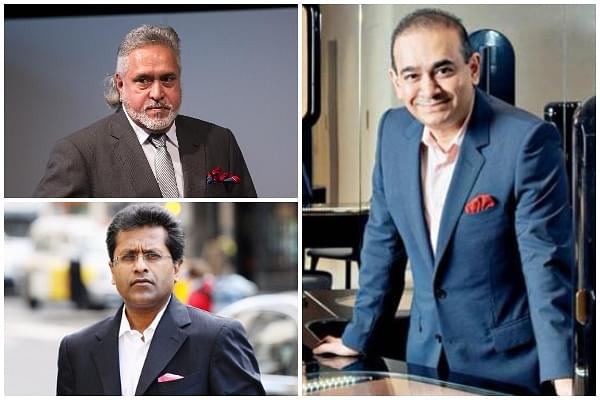 That the Narendra Modi government has achieved precious little in terms of bringing back illegal hoards of Indian wealth abroad needs no reiteration. The Supreme Court-mandated Special Investigation Team on Black Money has even less to show for its zeal, beyond the launch of prosecutions in a few cases.

The approach to defaulters and fraudsters, who clearly have money stashed abroad, needs to change if the idea is to recover the money and not just make a public spectacle of arrests and seizures. In a sense, Nirav Modi was right when he said in a letter to Punjab National Bank that by going after him in a hamhanded way, it will never get its money back.

The answer to the dilemma on how tough should one get with crooks lies in an old parable, the Sun and the Wind. Once upon a time, the story goes, the Sun and the Wind got into an argument over who is stronger. They decided to test it out on a gentleman who walked into view. The Wind tried first, blowing harder and harder to get the man to take his coat off, but the colder it got, the tighter he held on to his coat. Then the Sun tried its approach. It sent a warm glow of rays and soon the man found it getting warmer, and the coat came off. The moral: sometimes the best way to achieve your goal is not brute force, but gentle persuasion and mild pressure.

So, what is the relevance of this parable for those hoarding illegal wealth abroad? The Wind approach, of threatening them with jail and punishment and high penalties has not worked. The scheme for voluntary disclosure of foreign assets yielded a mouse.

So, will the sunny approach fare better?

A small news item in The Economic Times today (22 February) offers a clue. The story says that imports of cut diamonds soared four-fold, from Rs 10,672 crore in April-November 2016 to Rs 40,809 crore in the same period in 2017. Of these imports, nearly 78 per cent of the cut diamonds came from “unspecified sources” – meaning not from the usual places like Dubai, Hong Kong and Belgium.

The question is if these diamonds represent money being remitted back to India in some form?

While it is anybody’s guess why this sudden spike has happened, it is worth recalling that even in 2010-11, there were unusual spikes in foreign trade in some specific products: roughly $40 billion of exports and foreign portfolio inflows were unexplained.

The point the government should be checking is simple: whether the import surge in cut diamonds is some kind of activity involving underinvoicing. Underinvoiced imports are one indication that illegal hoards held abroad want to come back to the country.

The Sun and Wind parable should work like this: if the government were to ignore the hanky-panky involved in overinvoiced exports or underinvoiced imports, it is a sign that it will wink at illegal money abroad that may be coming back in.

The government should indeed wink at this sly shift in flows, especially if it involves money coming in. It does not make sense to get tough on illegalities that bring money in. The Sun’s approach is better than the Wind’s huffing and puffing.

There may be a lesson in it for the government involving loan defaulters or fraudsters. They should be offered a quiet deal, and freedom from arrest, if they can remit the money any which way they can, and repay the banks. The current approach of public hounding of defaulters and aggressive arrests of low-level crooks is not going to help get any of the money back.