Only A Miracle Can Now Save Aircel 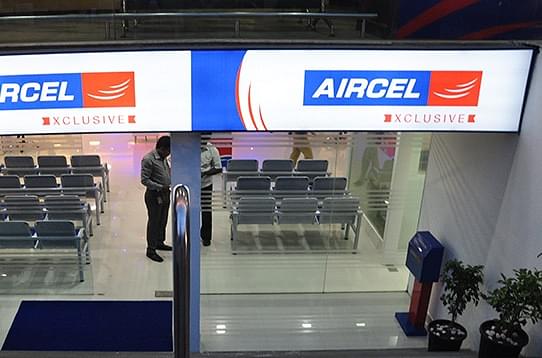 Aircel ... tough time ahead for the telecom firm.

Aircel, whose name rhymes with India’s largest telecom operator by subscribers, has been facing tough times. Its promoters are unwilling to invest further in the debt-laden telecom company as previous attempts at debt restructuring and consolidation through a merger with another telecom operator have failed. Now, from all available indications, the company has been left to fend for itself, through cash generation from business operations. In the last few days, as reports started doing the rounds of an imminent shutdown and a bankruptcy filing, network issues also cropped up. Aircel has denied it is shutting down in a post on twitter and assured customers in Tamil Nadu that connectivity issues will be resolved soon. Tamil Nadu subscribers had taken to micro blogging site twitter in large numbers last week, complaining of ‘no signal’.

In this tweet last week, Aircel rubbished reports of shutting down.

@sherlin2018 Please be informed that we are not at all closing our services. Also, we value our customers and will update all of you in advance if any such thing happens.
[1/2]

While this tweet said 12 lakh Aircel subscribers have made requests to port out from its service.

In last 2days, Nearly 12 Lakh #Aircel customers across IndiaÂ triedÂ to port their numbers to other Operator after facing Frequent Call Drops, No Network most of the time and amidst reports of the company Facing Financial Distress.

The company said towers that provide signal had been switched off by the tower company and this lead to an outage. But even if services are indeed restored, this may be a temporary relief for subscribers. Aircel needs a savior or else it needs to inform subscribers and then perhaps wind down.

Why is Aircel crumbling? As is clear from this piece in the Hindu Business Line, Malaysian promoter Maxis, which holds majority 74 per cent stake, has decided not to invest any further in Aircel. No further investment makes it a tall task for the Aircel management to not just continue operations but also manage a huge debt pile. According to Telecom Regulatory Authority of India’s (TRAI) latest data, Aircel was servicing close to 8.5 crore subscribers across India till December 2017, with 7.28 per cent subscriber market share. The company shut down operations in Himachal Pradesh in that month, said TRAI. It is a significant player in Tamil Nadu and the North East besides Jammu and Kashmir.

What has befallen Aircel is hardly surprising. It has been clear from the state of India’s rapidly consolidating telecom industry for sometime now that Aircel, once a significant player, may have its days numbered unless it can find a way to tackle the debt pile and get fresh investment. The company, according to myriad reports, is buried under total debt of over Rs 15,000 crore.

Well, the advent of Reliance Jio Infocomm in September 2016 with mega investments and a huge risk appetite has changed the face of the Indian telecom market. Jio’s arrival not only meant that there was one additional strong operator willing to service customers, it also meant unprecedented data and voice freebies which skewed the market dynamics. In just over a year, Jio has acquired more than 13 per cent revenue share of the market. Though some subscribers have been weaned away from large, incumbent telecom companies such as Bharti Airtel, Vodafone and Idea, the maximum impact of Jio’s arrival and consequent mayhem has been felt by the smaller telecom operators with already weak balance sheets.

Already, Bharti has acquired Telenor and Tata Teleservices – two of the smaller firms. And Reliance Communications (RCom) has recently agreed to sell its wireless assets to Jio while shutting down the 2G/3G business. So Aircel remains the only large operator which is in need of consolidation. Earlier, there were plans to merge RCom and Aircel but this is no longer feasible.

Analysts at brokerage Motilal Oswal said in a note to clients that in the December quarter of this fiscal, the telecom industry’s adjusted gross revenue (AGR) declined 9 per cent from the previous quarter to Rs 351 billion, impacted by ARPU (average revenue per user) downtrading. Despite this, incumbents – Bharti, Vodafone and Idea – continued to protect their turf, gaining 40-50 basis point market share. Jio’s revenue market share expanded faster at 390 basis points to 15.3 per cent, largely at the cost of smaller players, which lost 490 basis points.

The key point to note is that the vulnerable smaller operators – RCom, Tata Tele, Telenor, BSNL and Aircel – still hold a 16.3 per cent market share. That means almost every sixth subscriber is using the network of one of these small players. These smaller players saw a decline of 30 per cent quarter on quarter in AGR revenue to Rs 58 billion, losing overall 510 basis point market share. The Motilal Oswal analysts said that they believe “the market share of smaller players is likely to contract from 16.5 per cent now to low-single-digit over the next six-nine months, as a) Bharti’s acquisition of TTSL/Telenor is completed over the next six months, b) RCOM completes shut down (has already announced intention to do so) of its operations, c) Aircel decides whether to shut down operations or scout for buyers and d) BSNL/MTNL continue to lose further market share from 5.6 per cent now.”

As for Aircel in particular, its revenue market share has been declining continuously over the last 11 quarters (except one) to settle at just 3.6 per cent from a peak of 10 per cent in the September quarter of 2017-18. Gross revenue has also been declining during these quarters.

As this piece says, the earlier plans of merging RCom and Aircel would have resulted in a competitive fourth player in the market with 15 per cent share. “The deal would also have helped Aircel to reduce its debt substantially by over Rs 140 billion, leaving only a small portion of its loans to service. But with fears that because of the various cases against the company, the department of telecommunications would not give the green signal for its merger, RCom decided to pull out.”

Well, now unless a dark knight comes forward to salvage Aircel and absorb its debt, it would perhaps be wise for subscribers to look for other operators.