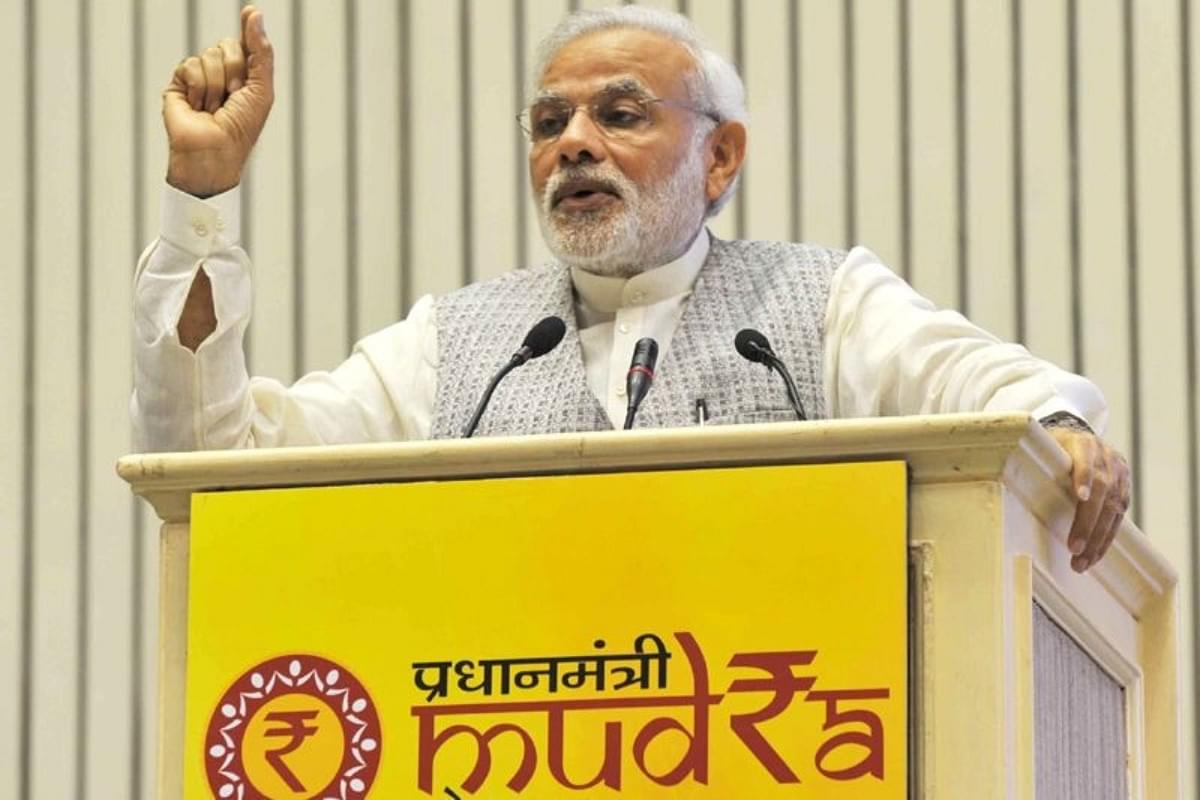 The government on Friday (8 April) said that over 34.42 crore loan accounts amounting to Rs 18.60 lakh crore have opened since launch of the Pradhan Mantri Mudra Yojana (PMMY).

PMMY was launched by the Prime Minister Shri Narendra Modi on 8 April 2015 for providing loans up to Rs 10 Lakh to the non-corporate, non-farm small and micro enterprises.

While celebrating the seventh anniversary of the scheme, Union Minister of Finance Nirmala Sitharaman said, “It is noteworthy that more than 34.42 crore loan accounts amounting to Rs.18.60 lakh crore have been opened under the scheme for the creation of income generating activities," according to a Finance Ministry release.

On the theme of business environment and large-scale employment opportunities through PMMY, the Finance Minister said, “The Scheme has helped in creating an enabling environment particularly for small businesses and has helped generate large-scale employment opportunities at the grass roots level. More than 68 per cent of the loan accounts have been sanctioned to women and 22 per cent of the loans have been given to new entrepreneurs who had not availed any loan since the inception of the scheme".

While greeting and congratulating all the Mudra beneficiaries and urging other prospective borrowers to come forward and take part in the nation-building process, Sitharaman said, “With 51 per cent of total loans sanctioned so far going to the SC/ST/OBC category, the Pradhan Mantri Mudra Yojana stands for social justice in action and embodies the true spirit of ‘Sabka Saath, Sabka Vikas’, as envisioned by the Honourable Prime Minister".

On the occasion, Union Minister of State (MoS) for Finance Bhagwat Kisanrao Karad said, “The driving force behind launching Pradhan Mantri Mudra Yojana (PMMY) has been to provide institutional credit to micro, small and medium enterprises in a hassle free/seamless manner".

“By providing assistance to 34.42 crore account holders, the scheme has been successfully reaching out to aspiring entrepreneurs, over the last seven years, since inception,” the MoS Finance added.

On the issue of credit flow, Karad said, “The other noteworthy focus of PMMY has been able to extend credit to growing number of beneficiaries from the ‘aspirational districts’ identified by Niti Aayog, thus enabling flow of credit to these credit-starved districts".