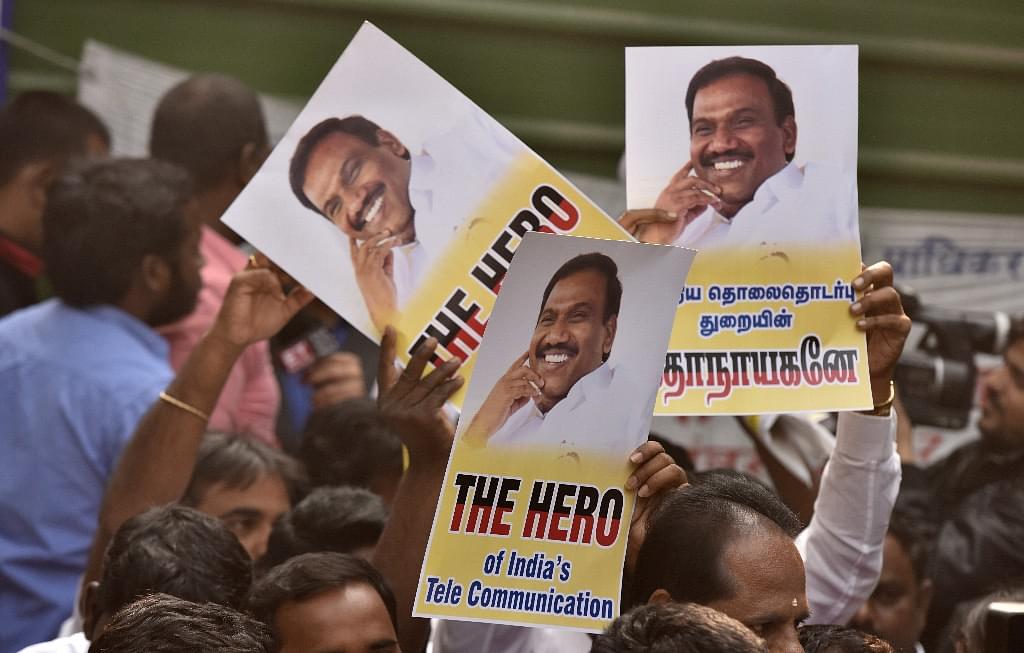 On Thursday, a Central Bureau of Investigation (CBI) Special Court allowed all the 19 accused in the infamous 2G scam case to walk free. This has had two separate, though related, fallouts for India’s telecom industry. First, this judgement has started a clamour among those telecom companies, whose licences had been cancelled earlier by the Supreme Court for the very same “scam”, to seek their investments and restoration of their reputation shredded by the allegations.

Remember, the apex court had cited irregularities in allocation of spectrum or airwaves to telcos by former telecom minister A Raja and cancelled 122 licences of nine telecom companies in 2012, putting at risk hundreds of crores of investment made by them. Some had to subsequently shut shop and some others exited the country.

Now, since the CBI Special Court has found no one guilty of any irregularities in allocation of spectrum and licences (which came bundled together), why should they not claim their investments and seek additional hefty sums from the government in damages? On the face of it, this logic of telcos appears sound though as on date, no one has started any legal proceedings.

Where judge O P Saini found fault, even while acquitting all the accused for lack of evidence, was with the prosecution and also with those who framed and interpreted policies in the government at that time. The judgement highlights a bunch of ham-handed decisions by senior officials in various government departments, specially Department of Telecom (DoT) and the Prime Minister's Office. It points towards policy-making, which was either so confused or so dense that it could be interpreted any which way. Since all this comes within the purview of the executive, telcos believe they have a strong case to now ask the government for money they sunk and lost in the sector, especially the hefty licence fee paid at the time.

The second fallout of the CBI court’s shocking decision is of course telcos pointing to the current stress in the sector – high debt levels – and ongoing consolidation to seek government’s intervention in terms of lenient payment cycles and a comprehensive revival package. Basically, whether a telecom company continued operations unscathed after the SC licence cancellation or not, it has laid the current mess in the sector at the doorstep of the 2G scam, saying the scam stymied the sector’s progress and increased industry debt manifold in a short span.

So in effect, telcos who suffered licence cancellation want refunds and all others want the government to clean up the mess they themselves created to some extent by buying expensive airwaves at astronomical rates, merely to stay competitive.

This piece says Videocon Telecommunications is planning to file an over Rs 10,000 crore compensation claim against the government after Thursday’s clean chit to all accused. It has quoted “a company person in the know” to report this claim.

And this one says C Sivasankaran is set to take DoT to the Supreme Court in the wake of the 2G case acquittals, seeking Rs 3,400 crore that he said he lost after the apex court had cancelled 122 licences, including six of STel's. "I want my money back. I have lost Rs 3,400 crore that I had invested in the company overall. I had brought in equity and taken loans from Indian commercial banks and spent on network and people," said Sivasankaran. "I will file a petition against the Department of Telecommunications in the Supreme Court next month. If I have not done anything wrong, as per the courts, I want my money back. I want justice. I do not want to seek any other damages." He said his company had been penalised though it was blameless and the latest order will strengthen claims for a refund. STel, owned by Sivasankaran, had received telecom licences and spectrum in six circles and had subsequently sold a 42.7 per cent stake to Bahrain Telecommunications (Batelco) for around $175 million. However, after its licences were cancelled, Batelco sold the stake back to its Indian partner for $175 million. After Sivasankaran failed to pay up, Batelco won an international arbitration order claiming damages of around $211 million from Sivasankaran.

And this piece quotes legal experts to say that the judgement by the CBI Special Court has opened the doors for foreign telecom companies to sue the government. Operators like Loop Telecom, Russian conglomerate Sistema and Norwegian Telenor may relook their strategy to recover losses they have incurred due to the flawed procedures followed by DoT.

Incidentally, after burning its fingers under Raja’s ‘first come, first served’ policy of awarding spectrum to telecom companies, the DoT switched to an auction method after 2012. Base prices of spectrum then on were kept astronomically high, to ensure there were no more allegations of any wrongdoing post-2012. Telecom companies which were still in the fray after the SC licence cancellation spree, were left with little choice but to bid for airwaves at high prices to remain in business and get renewal spectrum in most cases – this alone lead to burgeoning debt across the telecom industry.

Now, as the dust settles on the shock 2G verdict by the CBI Special Court and those telcos which suffered licence cancellation begin mulling their legal options, there would no doubt be pressure on the government to also devise a generous bailout package for incumbent telecom companies. The telecom sector will likely remain in a churn for some time to come.