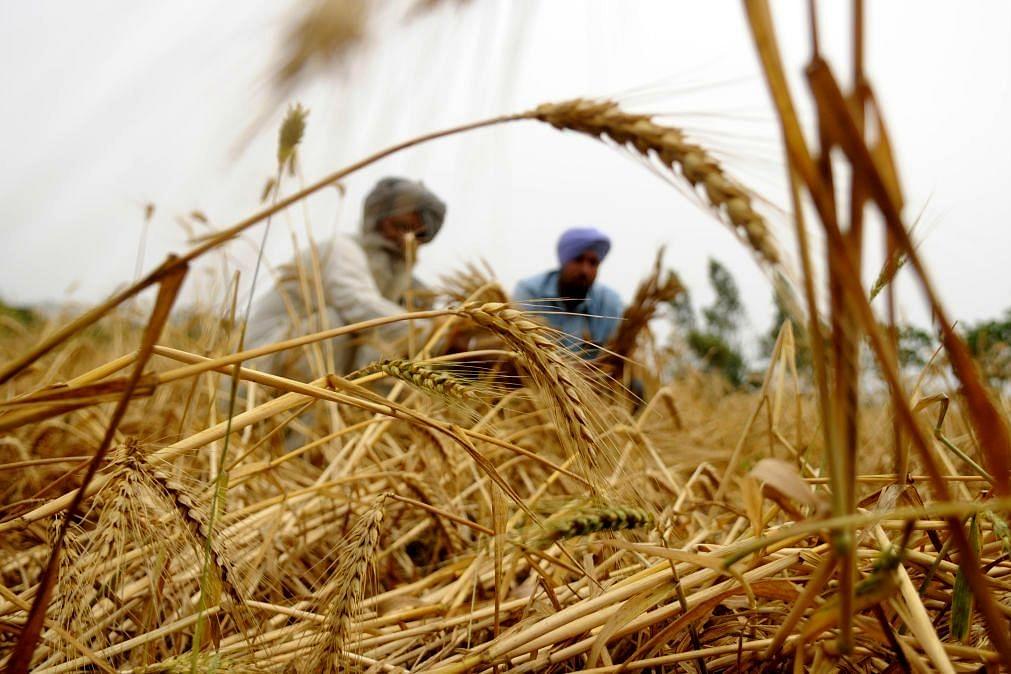 India could again harvest a record wheat production this year with the area under the crop touching a new high and weather being projected to be conducive.

The development comes despite farmers in key-wheat growing states of Punjab, Haryana and parts of Uttar Pradesh staging protests on the border of the national capital region Delhi against the farm reforms acts passed by the Union government in September last year.

The legislations allow farmers to sell their produce to anyone at any place across the country, enter into contract farming and sell without worrying about stock limits to traders.

Farmers have been misguided on the reforms with opposition parties such as the Congress carrying out a campaign saying the farm reforms would result in the closure of agricultural produce marketing committee (APMC) mandis and end of the minimum support price (MSP) scheme soon.

Prime Minister Narendra Modi has refuted these claims, saying the reforms are intended to help all farmers and provide more options to them to sell their produce.

He told Parliament this week that the MSP system will continue to exist and the government had no plans to dismantle it.

The record production combined with a new high of carryover stocks could keep prices well below MSP. Wheat prices for the rabi crop harvest in April last year are still ruling lower than MSP.

This would mean the Centre will have to procure a higher volume of wheat through the Food Corporation of India (FCI), which procures foodgrains for distribution through ration shops and for various welfare schemes.

Last year, the Union government procured a record 40 million tonnes of wheat from the growers.

“Riding record planting and favourable weather conditions, India is heading for its largest wheat harvest in MY (marketing year) 2020-21, assuming normal weather conditions through harvest,” the US Department of Agriculture (USDA) said in its “India – Grain and Feed Update”.

The Ministry of Agriculture and Farmers' Welfare had estimated production last year at 107.16 million tonnes, a record.

One reason for the higher output projection, the USDA said, was that wheat had been sown on a record 34.5 million hectares.

The normal acreage under wheat, going by the last 10 years’ sowing record, is 30.32 million hectares.

According to the Ministry of Agriculture, Madhya Pradesh, Maharashtra, Haryana, Bengal, Jammu and Kashmir, Bihar, Jharkhand, Chhattisgarh and Assam reported higher area under the crop.

The USDA said that its “field sources” reported that the standing wheat crop was progressing well with adequate soil moisture and good weather conditions in the wheat-growing regions.

The crop, which has fueled hopes of another bumper production, had experienced relatively low temperature and occasional rains in December, which were beneficial.

The USDA said no pest or disease incident had been reported, though the final outcome will be decided by the weather that is critical for the flowering, grain filling and ripening of the crop this month and next.

“Wheat production will likely be nearer to what the USDA has estimated. The coverage is good as also condition,” said Pramod Kumar, Roller Flour Mills Federation of India (RFMFI) vice-president.

“The situation is favourable for a good wheat crop this year too,” said M K Dattaraj, former RFMFI president.

With wheat prices ruling below the MSP fixed for the 2019-20 season, the higher production will likely put pressure on prices forcing the Centre to procure the cereals from farmers.

Currently, wheat modal prices (rates at which most trades took place) in APMC mandis in states such as Madhya Pradesh and Uttar Pradesh are sideways between Rs 1,700 and Rs 1,725 a quintal.

Last year, prices tended to rule around Rs 1,600 a quintal in APMC mandis since the Centre decided to provide free cereals to the below poverty line people free of cost under the Prime Minister Garib Kalyan Yojana (PMGKY).

The free foodgrain allocation was announced in April and lasted till November as part of the government’s efforts to help the poor overcome the impact of the novel coronavirus (Covid-19) pandemic.

Many poor people, especially migrant workers, had to go without jobs as industries were shut down to tackle the spread of Covid-19.

Dattaraj said prices ruled below MSP as there was no real demand for atta (wheat flour).

“In view of Covid-19, there was a lack of demand for even other products such as biscuits and bakery products. Closure of schools didn’t help either,” he said.

Prices could come under pressure once the new crop arrives.

According to Kumar, the crop from Gujarat will be the first one to hit the market later this month.

Industry observers say though prices could rule below MSP, there is hope that they would not drop further. This in view of expectations of increased economic activities, which could lead to hotels and restaurants returning to pre-Covid level normalcy.

The other factor that can keep wheat prices from falling is exports.

The USDA has projected 17.5 lakh tonnes of wheat exports by India during the fiscal year.

The USDA, quoting trade sources, said that another 4 to 4.5 lakh tonnes of wheat could be shipped out during the current quarter with wheat products equivalent exports of three to 3.5 lakh tonnes of the foodgrain making up the total export projections.

“Exports took place from Kandla Port and from Uttar Pradesh wheat was transported by rail to neighbouring countries. With prices in the global market declining, further prospects could be a question,” Kumar said.

In the past month, wheat prices in the global market have dropped by nearly 4 per cent to 6.34 US cents (Rs 1,700 a quintal) a bushel on Chicago Board of Trade.

India had made good of a higher global price to ship wheat abroad as otherwise, its prices are seen higher mainly due to the MSP system.

In addition, the country could have a carryover stock of 27 million tonnes of wheat when the new marketing year begins on 1 April this year compared with 24.7 million during the year-ago period.

This, too, will put pressure on wheat prices besides higher production.