Reliance Retail Buys 25.8 Per Cent Stake In Dunzo; Everyone Is Jumping Onto The Quick Commerce Bandwagon, Why? 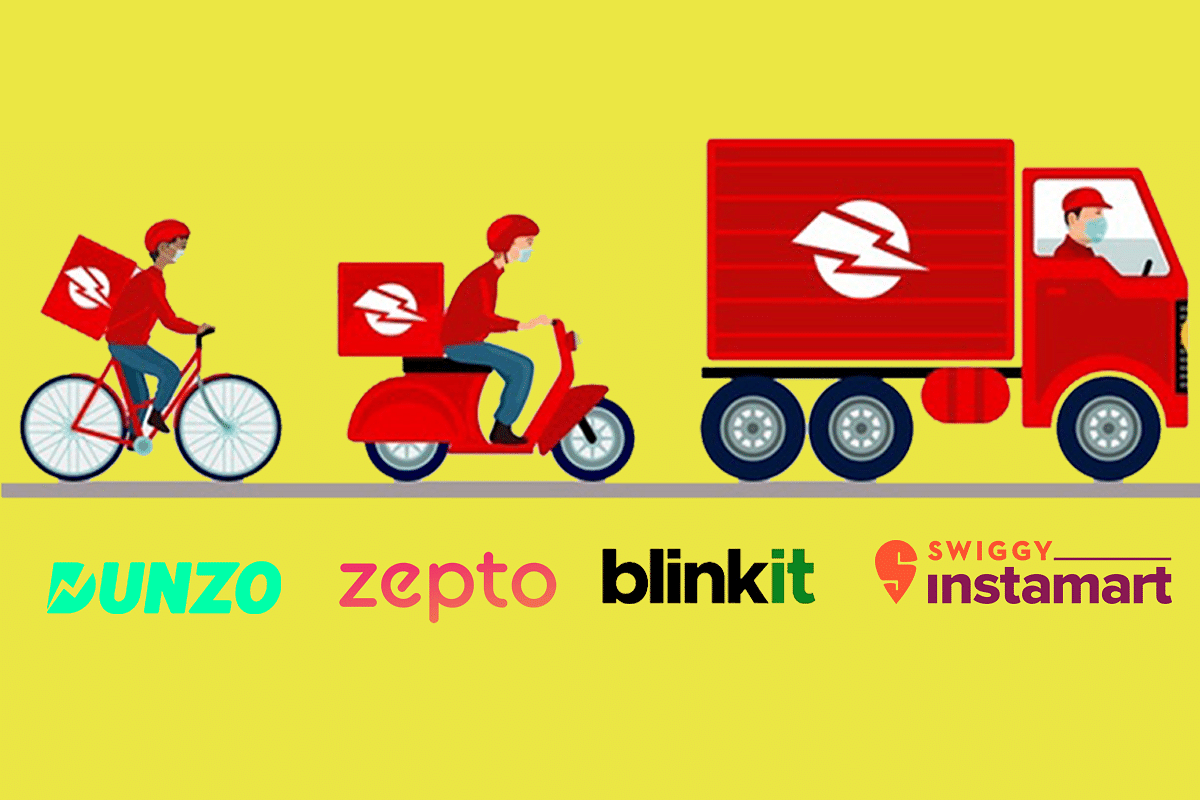 Everyone is jumping onto the Quick Commerce Bandwagon.

What is Quick Commerce?

The term “quick commerce” usually refers to companies that promise to deliver essentials to customers within a period of 10 to 20 minutes. Today, several companies such as Zepto, Blinkit, Flipkart, Swiggy and others are focused on developing a presence in the quick commerce space.

Dark stores remain a crucial part of the quick commerce segment. The term “dark store” refers to the warehouse that holds the goods to be sold by companies on the quick commerce platform. Once an order is placed, the delivery partner reaches the store, collects the items, and then proceeds to deliver the items to the person who placed the order.

Unlike previous models that delivered groceries over much longer time periods, these localised dark stores allow deliveries to occur over smaller durations.

A quick commerce platform must invest in its own inventory, customer acquisition, a delivery fleet and a dark store. A dark store would require heavy investments as the business needs a high density of such stores to drive quicker deliveries.

Some have suggested using a hybrid model for such deliveries as well, with the platform partnering up with local shops to reduce investment requirements. The intense competition and easily available capital could mean an increasing dependence on using discounts and rebates to attract customers.

A Race to the Bottom?

However, the intense competition has another result as well. With no differentiation between the products sold and the service offered, the only way to separate a business from the competition would be to offer lower delivery times or lower prices.

Hence, companies have been cutting down the delivery periods to attract more competitors. Zepto, which was founded by two 19-year-olds, has promised 10 minute deliveries. Swiggy’s Instamart promises deliveries in less than 30 minutes, while Grofers changed itself to Blinkit while promising a 10 minute delivery for users.

These companies charge higher rates for the quick delivery service, catering to consumers who need an item urgently. With the pandemic, the shift towards online grocery has accelerated, with people preferring to stay indoors. According to Bernstein, the e-commerce grocery sector alone would be worth $21 billion in 2025. If the ballpark estimates are true, even if the quick commerce carves out a small piece in the online grocery pie, it offers huge opportunities for players.

With Reliance taking a stake in Dunzo for $240 million, the retail giant has shown its interest in the space. Reliance is already present in the grocery space through JioMart, an online platform that majorly delivers customers’ groceries. With the investment, Reliance can enter the rapid delivery business now. Reliance already has a large footprint of stores across Indian cities, and tying up with a quick commerce operator would allow it to take part in the space.

“Through our partnership with Dunzo, we will be able to provide increased convenience to Reliance Retail’s consumers and differentiated customer experience through rapid delivery of products from Reliance Retail stores. Our merchants will get access to the hyperlocal delivery network of Dunzo to support their growth as they move their business online through Jio Mart,” said Reliance director Isha Ambani in a press release by Reliance.

Everyone wants to Invest in Quick Commerce

But Reliance is not the only company spending big bucks to enter the space. Swiggy has announced a $700 million investment into its Instamart platform, while Zomato has invested $100 million in Blinkit.

Zepto doubled its valuation from around $225 million to $570 million, within just 45 days. Zepto is said to have been in talks with Zomato and Swiggy as well, for a buyout of the company. Clearly, everyone in the ecosystem is highly interested in entering the quick commerce space.

The space has met with criticism as well. Given the 10-20 minute time constraint, each delivery is made for a single order. As a result, costs do not get distributed across multiple users.

In addition, with a growing focus on environmental impact, one delivery per user might deter investors and customers who take environmental factors into consideration. Another objection on the business front is the lack of differentiation between players except on the basis of delivery time and possibly rebates.

Ultimately, whether the quick delivery business is truly sustainable can only be ascertained when the business can sustain itself without external funds.