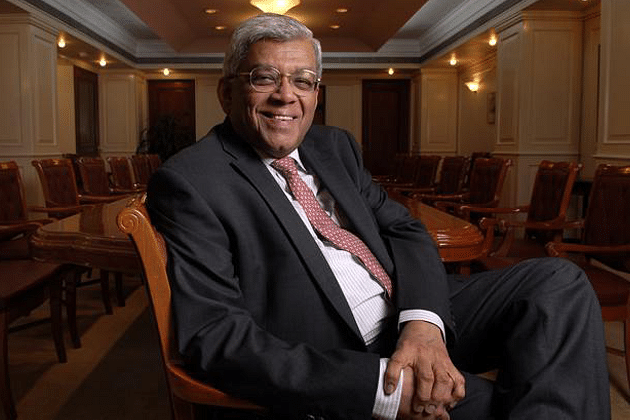 Nobody in his right mind would think that Deepak Parekh, chairman of the iconic Housing Development Finance Corporation (HDFC), the institution which revolutionised private financing of homes, is any kind of liability for the company. But a quarter of the company’s shareholders voted against retaining him on the board.

The villains of the piece were foreign investors, who voted as a block based on how they were advised by proxy advisory firms. That they should do so mindlessly, when HDFC is anyway a widely held firm and there are no special favours being shown to Parekh as is the case with some owner-promoter, is galling. Since HDFC has nearly 73 per cent of foreign shareholders, this means at some point, even well-run companies may face destabilisation from abroad on flimsy grounds.

The ostensible reason for voting against Parekh apparently is his presence on more than five boards, which presumably means he can give less time to HDFC (or those companies). But HDFC is hardly run by Parekh on a day-to-day basis; so, to vote against a doyen of Indian business purely on technical grounds is plain stupid.

The Parekh affair forced Uday Kotak, managing director and chief executive officer of Kotak Mahindra Bank, to call for regulating proxy advisory firms in India. This is a sound suggestion. It is one thing to give foreign shareholders voting rights, quite another for them to vote en bloc in Indian companies, especially those that are outperformers. No one, of course, can stop proxy firms from giving advice from their perches in New York of Hong Kong, but they can at least be warned that if they don’t follow guidelines, they can be debarred from doing any business in India.

The Parekh case should make us rethink the kind of excessive attention we pay to their interests. India’s regulators should stop kowtowing to foreign investors as a special category. In 1991, we had to do their bidding, but today, isn’t it time we protected our own promoters and entrepreneurs from unnecessary destabilisation?

Apart from what Uday Kotak suggests, three other changes are needed, or need noting.

One, domestic shareholders and promoters should have greater voting rights compared to foreign ones, with the latter being compensated with higher dividend entitlements, if necessary. If the promoters of Flipkart had been able to keep more voting rights with themselves the way Mark Zuckerberg does in Facebook, the Bansals could have steered the company in the direction they wanted to, and not ended up being owned by Wal-Mart. While it is all right to talk of equal rights for all shareholders, this is not how the world works. Power is skewed towards promoters even in the US, and it is important for India to weigh in on the side of its own promoters.

One may ask: what if promoters mess up? The answer is simple: why would domestic shareholders and mutual funds and institutions not act to protect their money? After all, isn’t the current crisis in ICICI Bank – sparked by alleged conflicts of interest between its CEO Chanda Kochhar and some loans given to related parties – being addressed by domestic shareholders?

Two, the Reserve Bank of India (RBI) needs to get out of its policy groove, where all promoters of banks are expected to bring down their shareholdings steadily, no matter how well they run their outfits. Under current shareholding guidelines of the RBI, “individuals and non-financial corporations can own only upto 10 per cent in a bank, while unlisted, non-regulated, non-diversified financial institutions can own upto 15 per cent; listed, widely diversified financial institutions and public sector undertakings and government can own upto 40 per cent (or more) in banks. Plus, exceptions may be allowed on a case-by-case basis.” What we need is intelligent and aggressive regulation of banks and financial institutions; a lower promoter shareholding is not necessarily a safeguard against bad governance and fraud.

Three, the requirement that foreign banks, financial intermediaries, and e-commerce entities have to keep their data centres here is unexceptionable. The new privacy law advocated by the B N Srikrishna panel also recommends the same thing for any customer data sourced and created in India. It has led to a chorus of protests from foreign-owned entities on various counts: that power costs for hosting servers in India will be higher, and that it will involve a lot of effort to separate Indian customers from those abroad, etc. The Reserve Bank and the government can give them more time to comply with the stipulation but otherwise should seal its earns with wax.

This is not just about self-respect, but self-interest. If data is not stored in India and not subject to regulation solely in India, how can anyone protect data privacy? It is high time we refused to bend before these obstructionist tactics. If an NSDL, which houses most of India’s dematerialised shares, can make a business model out of working from India, one wonders why highly profitable tech and banking companies who want to do business in India cannot invest a bit more in creating the infrastructure for storing data here. There is also another simple point: if you keep your data abroad, it is subject to surveillance by foreign powers, and subject to their legal jurisdiction too. This is simply not on.

It is possible to argue that if you make it costlier for foreign firms to operate in India, they may decide not to invest. This is a load of bull. It is one thing to call for easier rules of doing business in India, quite another to keep giving foreign companies special treatment. If they only come to India for its upsides and not for its downsides, are they doing us a favour or we them? Bending over backwards to foreign investors on every issue is indicative of a colonised mindset. It needs to go, even if it means bidding goodbye to some companies that don’t want to play by our rules.