Telecom May Be Down To Four Players By Year-End: Tata Tele May Be Next On The Block 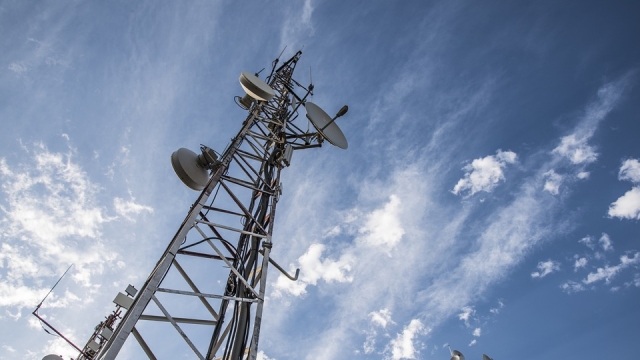 Consolidation in the telecom space is gaining pace.

The year 2017 is going to be a watershed one for telecom sector in India. The year is unlikely to end with more than four major players left standing, including the government-owned Bharat Sanchar Nigam Limited (BSNL).

Thanks to the entry of Reliance’s Jio last year, consolidation is proceeding at a frenetic pace this year. In February, Airtel bought over Telenor. In March, Vodafone and Idea announced a merger of equals. In May, Reliance Communications (RCom) was pleading with bankers to reschedule its Rs 45,000-crore loans even after a three-way merger with Aircel and Sistema. It is losing customers like crazy, and is thus not viable in the medium term. This month (June), Tata Teleservices – another limping entity – sought a loan recast for its Rs 32,000 crore outstandings.

As of today, there are six effective players: Airtel, Vodafone-Idea, Reliance Jio, RCom (including the yet-to-be completed merger with Aircel), Tata Teleservices and BSNL.

At least two of them must fold up before we have a viable telecom industry that can charge reasonable tariffs and pay its dues to banks and government.

One consolidation that must happen could be the takeover of RCom by Jio at some point. It is difficult to see two Reliance companies battling it out in the telecom space, when only one of them has the cash to survive and prosper.

But that leaves Tata Teleservices, and it is here that the speculation is gathering steam. The Times of India reports that CCS Insight, a London-based information provider on telecoms, believes that Tata Tele is up for grabs, and either Bharti Airtel or BSNL (yes, the public sector company) will be the obvious choice of partners.

Logically, a deal with Bharti will be easier to pull off since it only requires two promoters to agree on the terms – on valuations and the means for payment (whether it will be cash or share swap or a mixture of the two).

But a BSNL deal also makes sense, both for the government and the Tatas.

If the Tatas agree to sell to BSNL, their loans automatically get near-sovereign guarantees, for BSNL is a state-owned entity.

For BSNL, buying out Tata Teleservices through a share swap would not only add around 47 million subscribers to its existing 101 million, but also provide a route for a backdoor listing of BSNL itself. This can happen if it reverse-merges with Tata Teleservices and its subsidiary Tata Teleservices (Maharashtra) Limited (TTML). TTML is listed on the bourses and currently quotes below par at around Rs 7 a share. The listed company’s market capitalisation is around Rs 1,400 crore, which means the acquisition, if paid for in cash, will cost BSNL just about that amount, though it would also acquire the company’s debts.

Logically, from a deal-making perspective, an Airtel-Tata deal is more realistic, but Airtel has little to gain from this acquisition except a larger pile of debt and a smaller number of customers.

A BSNL-Tata deal would be tougher to execute, more so because government cannot enter into any such deal non-transparently. Any purchase of a private company will go through the normal loops and parliamentary scrutiny, not to speak of political accusations of a bailout to the Tatas.

But commercial logic is better on the BSNL-Tata side, assuming, of course, that the government intends to retain BSNL in the public sector in the foreseeable future.

Another thought: since the Tatas want to buy Air India, assuming the deal looks good (which means government takes over the excess debts), it is also logical to swap their debts, which are comparable in terms of magnitude (Air India has Rs 50,000 crore in outstanding debt, and Tata Tele Rs 32,000 crore).

The odds are even that before we bid goodbye to 2017, there will be only four major players left in Indian telecom, even though the process of consolidation may get completed only over the next two years.