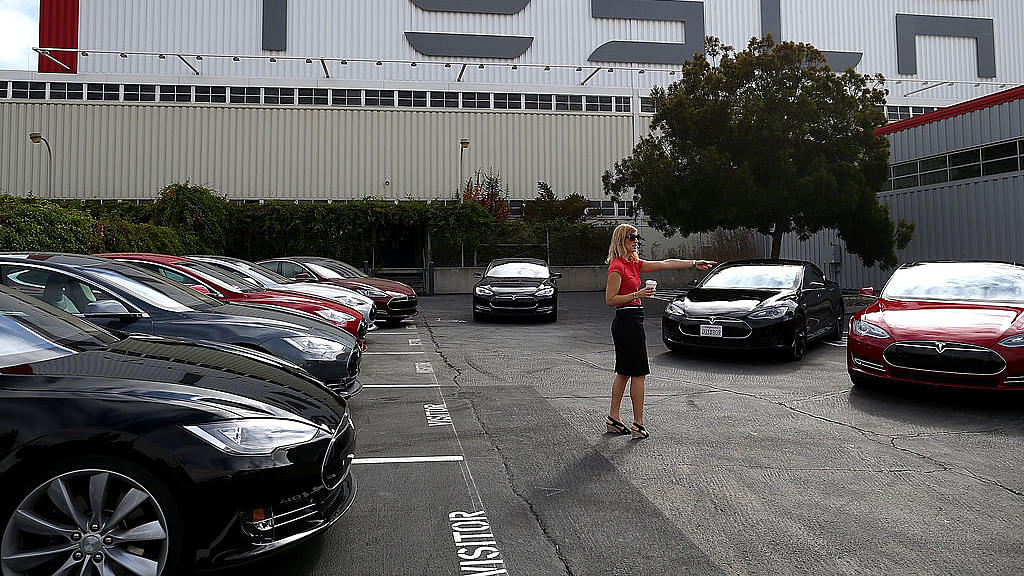 Tesla Motors is suing the state of Michigan in federal court over protectionist laws that forbid the popular electric carmaker from selling its vehicles in the state. It’s an all-out fight in the home state of Motor City, and it could reshape how consumers buy cars in Michigan and beyond.

Believe it or not, state laws regulating how cars are sold to buyers are ubiquitous. The majority of states mandate that car sales be completed through intermediaries — namely franchise dealerships.

Today, however, these laws are used mainly to shield local businesses and, according to Tesla’s lawsuit, give franchised dealers “a state-sponsored monopoly on car sales.”

Every major manufacturer has embraced the dealership model, and for most Americans it is an utterly alien concept to consider buying a new car any other way.

Tesla, however, does things differently. The company operates on a direct sales-and-service model, meaning the automaker does not franchise any dealerships. Instead, Tesla owns and operates all showrooms, stores and repair facilities, and even sells its products online. Tesla states that this lowers the cost to consumers and allows the company to maintain full control of its products.

Moreover, Tesla claims that a sales model using franchise dealers wouldn’t work for the company due to the unique nature and challenges of selling new-to-market electric vehicles.

This is not the first time Tesla has sued a state to win the right to sell its products directly to consumers. The company also has conducted legal battles in New Jersey, where the legislature eventually allowed Tesla to operate and Utah, where the case is pending before the state Supreme Court.

Things Come To A Head In Michigan

In 2014, Michigan strengthened the language of its law against direct auto sales through what became known as an “anti-Tesla bill.”

Forced to work within the restrictive law, Tesla applied for a “Class A” licence in the hope of gaining regulators’ permission to open a company-owned dealership. Michigan rejected Tesla’s application, and the company turned to the courts.

Tesla asserts that the Michigan law violates the due process, equal protection and commerce clauses of the Constitution, calling the law “a purely protectionist measure that does not further any legitimate state interest.”

The Federal Trade Commission agrees with Tesla’s assessment. A 2015 article co-authored by the directors of the agency’s Office of Policy Planning, Bureau of Competition, and Bureau of Economics correctly noted that “consumers — not regulation — should determine what they buy and how they buy it.”

The article criticised the rejection of direct auto sales, stating: “Blanket prohibitions on direct manufacturer sales to consumers are an anomaly within the larger economy.”

It also offered measured praise for states such as New Jersey, which “opened the door (to direct auto sales) by a crack,” but said the Federal Trade Commission saw no reason these prohibitive laws should not be repealed altogether:

Protecting dealers from abuses by manufacturers does not justify a blanket prohibition … which extends to all vehicle manufacturers, even those like Tesla … who have no interest in entering into a franchise agreement with any dealer.

The Justice Department’s Antitrust Division weighed in earlier with a 2009 study finding that the internet had changed the nature of car buying drastically and diminished the benefits from the dealer-manufacturer relationship.

That report cited General Motors Company’s successful implementation of direct sales in Brazil, as well as a 2000 study by Goldman Sachs that estimated the total savings of implementing a direct sales system at $2,225 per automobile.

Why Go Through A Middleman?

Car dealers frequently cite two main reasons government intervention in the market is needed: First, dealerships are vulnerable to abuse from much larger, opportunistic automakers. Second, consumers will take advantage of dealer services such as free test drives, then buy direct from the manufacturer for a lower price (a classic “free rider” problem).

The Justice Department report rejected both concerns, noting that manufacturers would have a strong incentive to solve such problems in order to preserve their reputations and ability to recruit and work with new dealers.

The report ultimately concluded that a reduction in laws against direct sales would result in greater competition, new innovations, and benefits to consumers.

Michigan’s franchise law, like so many other restrictive laws and regulations, boils down to economic protectionism.

Companies’ use of legislation to ban competitors hinders the vital economic freedom that drives American economic growth and prosperity. With fewer restrictions, entrepreneurs can enter markets, sell new products, and tailor their business to the concerns of customers.

Imagine if, in 1913, the government had prohibited Henry Ford from using an assembly line in an attempt to protect other auto companies from Ford’s lower prices. Imagine if the state had told Apple that it could not sell its products through Apple stores, or banned Dell from selling tailor-made computers.

These innovations have made products more affordable, advanced technology, and increased consumer satisfaction. The free market made all this possible.

It’s time for states to lift their restrictions on direct-to-consumer auto sales and let consumers decide how they want to buy their cars. Will Tesla’s plan work? Only the market will tell.

This piece originally appeared on Foundation For Economic Education and has been republished here with permission.

Jacob Weaver is a member of the Young Leaders Program at The Heritage Foundation.

Jason Snead is a policy analyst in The Heritage Foundation’s Edwin Meese III Center for Legal and Judicial Studies.