The Creation Of Transmedia Superhero Universe By Marvel Studios, And Its Inroads Into India 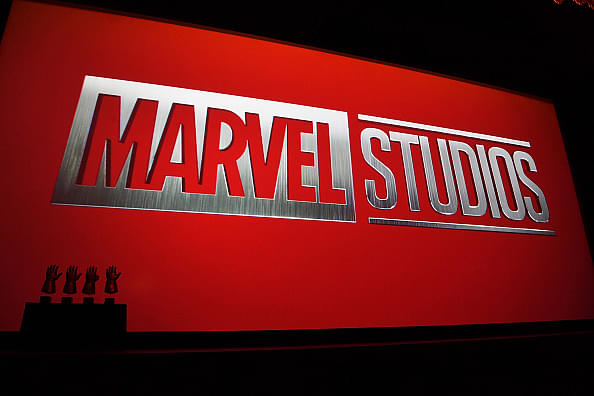 “I am Iron Man. You think you are the only superhero in the world? Mr Stark, you have become a part of a bigger universe. You just don’t know it yet.”

Turns out, Stark was not alone in being alien to the universe in question here. Most of us are guilty of missing this post-credits scene at the end of the first Iron Man movie that released in 2008. For a studio that lacked a sustained cash flow merely a decade ago, had mortgaged a roster of its characters, creating a universe spanning multiple movies and TV shows across two-decades was unthinkable. Eventually, they ended up creating the unthinkable, for their universe defied convention, expectations, budgets, and scale, but where did they start?

In the 1996, after going bankrupt, Marvel offered Sony all their characters for a mere $25 million. Sony rejected the offer, asking for a deal centred on Spider-Man alone, saying no one cared about any other characters. Marvel, a pioneer in comic books, had to lay off one-third of its staff and watch its stock prices plummet to $2.38 from $33.75. Marvel had to sell some of its iconic characters to other studios to stay afloat. 20th Century Fox had bought the rights for X-Men and Fantastic Four roster in 1993 already, and distribution rights for Hulk went to Paramount Pictures, and thus, you never saw Wolverine team up with the Avengers or Hulk get his solo movie after the critical failure of ‘The Incredible Hulk’ in 2008.

With decades of experience in comic books, Marvel did not hold any expertise in cinematic storytelling, and hence, found it viable to sell out their characters to other studios. Starring Wesley Snipes, Marvel’s first contemporary superhero movie, Blade, debuted in 1998. The movie went on to make $170 million with a production cost of $45 million. Sadly, Marvel merely made $25,000 out of the entire deal. The X-Men universe did not help Marvel yield a single penny. With Tobey Maguire's Spider-Man, and the X-Men series starring Ian Mckellen and Patrick Stewart releasing in the early 2000s, Marvel realised everyone was making money from its characters, sans Marvel itself.

Enter David Maisel, an American film and Broadway producer. Putting together a business model that enabled Marvel to produce and sell movies based on its characters, he ushered an era of revolutionary thinking at Marvel. With the years of bankruptcy behind them, Marvel decided to make the jump. However, there was another problem. Even with their scattered small returns, they lacked the funds to put together a movie.

Movie required characters, and hence, Marvel started shopping. In 2005, rights for Black Panther came back from Columbia Pictures and Artisan Entertainment. November, 2005, saw Iron Man return to Marvel from New Line Cinema. April 2006 saw Marvel being worthy of Thor, taking it back from Sony. Same year in June, Black Widow character rights came back from Lions Gate Entertainment. Universal Studios lost the rights of Hulk, given they could not create a sequel to the 2003 installment that starred Eric Bana, though Marvel could not get back the distribution rights.

Raising $525 million via Merrill Lynch in 2005, Marvel Studios was created. Sadly, with great loans come great collaterals, and for Marvel, this meant keeping character rights to Captain America, Black Panther, Nick Fury, Hawkeye, Doctor Strange and many more. Thus, if Marvel’s first cinematic adventure had flopped, not only they would have lost money, they would lost all their characters too. The perils did not stop there. Because the character rights to Iron Man were not a part of the collateral, the $525 million raised could not be used in the production costs for Iron Man. Therefore, the studio was left with no option but to raise the money internally.

The next big task before Marvel was to find a face that could spearhead not only the movie that had the entire studio at stake, but a universe that could pull Marvel out of its creative destitution. The 2008 Iron Man movie had been in the works since 1993 with Nicholas Cage volunteering to play the lead character. He would later star in one of Marvel’s other licensed properties, Ghost Rider. Tom Cruise also offered to produce the movie and play the part. At one point, even Quentin Tarantino was approached to direct the movie. Marvel did a reboot to the entire process in 2005, and Jon Favreau (director and producer of 2016’s Jungle Book, the same movie that displaced Shah Rukh Khan’s Fan at the Indian box office) was signed up.

However, the biggest gamble of Marvel came in the form of Robert Downey Jr. Today, 19 movies later, the Marvel Cinematic Universe cannot be even thought of without Robert Downey Jr, who plays Iron Man/Tony Stark (the suit and him are one). Battling alcohol abuse and drug addiction since an early age, Downey’s life was a roller-coaster which involved numerous instances of him spending time in prison. Iron Man, for both Marvel and Downey, came as a redeeming opportunity and a clean slate to start afresh. Iron Man garnered in excess of $0.5 billion, earning four times its production cost. Less than two months later, Nolan’s ‘The Dark Knight’ was released which went on to become one of the best superhero movies in the history of cinema. Iron Man was lost to the shadows.

Marvel’s other summer release that year, The Incredible Hulk, didn’t perform well at the box office, and till date, stands as the only ‘critical’ commercial failure in the entire lineup, generating only a little over $260 million. Before other movies could take shape, Disney acquired Marvel for $4.24 billion in 2009. The sequel to Iron Man followed in 2010 and aided the growth of the universe. Captain America and Thor debuted, and in 2012, a first of its kind amalgamation happened in the form of ‘The Avengers’. The movie made over $1.5 billion worldwide, 60 times the money Marvel had asked Sony for its characters merely 15 years ago.

The cinematic universe expanded to television. Marvel’s first TV show debuted in 2013. The first Netflix series happened in 2015, and by the end of 2017, Marvel had a thriving lineup of superheroes on TV. Adding to its roster of superheroes, Marvel introduced ‘Guardians of the Galaxy’ in 2014, Ant-Man in 2015, Doctor Strange and Black Panther in 2016, and rebooted Spider-Man for the third time in 15 years in 2017 after entering into an elaborate agreement with Sony. In late 2017, 20th Century Fox also agreed to sell its roster of superheroes to Marvel, thus giving fans the hope of seeing X-Men, Avengers, and the Fantastic Four unite on screen.

Ideally, transmedia storytelling is done across multiple formats and channels. For instance, movies, television shows, comic books, and short movies, as in the case of Marvel. Each individual component adds to the overall story, helping build character arcs and storylines. This is where Marvel has mastered the business. While the Captain America trilogy revolved around government regulation, Thor and Iron Man trilogies focused on personal redemption. The Guardians series made up for the comedy and recently released Black Panther focused on a critical social aspect. Several themes, crucial to the world we live in have been discussed in these movies, making them relevant in this digital age.

Marvel, in what can be termed as subtle underlining, has taken into consideration markets outside the US and Europe too. Sequels have been shot in South Korea, and in 2013, Marvel reversed one of the biggest plots from the comic books in an appeasement move towards the Chinese. The World Security Council (the equivalent of UN Security Council) in their movies has a member from India. Some of their recent movies too have played with the idea of appeasing the Indian market. Who can forget that sequence from Spider-Man Homecoming where a scene involved Downey Jr in a Hindu marriage.

However, it goes beyond sequences. Their business in India has been booming too. Released this weekend, Avengers: Infinity War garnered Rs 80 crore in its first two days, with Rs 30 crore in advance bookings alone, and had occupancy numbers that surpassed Baahubali’s. The same amount was garnered by the first installment of Avengers in 2012 in its total run in India. As a regular visitor to the first-day shows of all Marvel movies, I witnessed the percentage of people waiting for the post-credits scene increase from almost 2-3 per cent to over 80 per cent in the last seven years. Even standalone superhero movies like Spider-Man, Thor and Captain America have made in excess of Rs 50 crore in India alone, a figure quite big for the Hindi film industry too.

Marvel’s inroads in India can be explained for our love for transmedia storytelling. Each year, millions of Indians come together to witness the Ramlila unfold through multiple days and across multiple places. Even the epics, Ramayana and Mahabharata, borderline on transmedia storytelling, for they have utilised numerous mediums and channels. Both the epics have been retold in various books, movies and TV shows simultaneously.

Disney’s investment in Marvel has yielded $14 billion even before the release of Avenger: Infinity Wars. With movies planned up to 2028, one can safely look at an amount twice or thrice the above number. In the history of cinema, one has not witnessed assured returns on movies a decade in advance. With nothing to disrupt the scale of Marvel movie-making in India, the regional film industries can only draw lessons from this bandwagon and maybe make a sincere attempt to create one in order to reconstruct the stories from our mythology, lost to time.

Until then, one can only wait for the second part of Infinity Wars, which releases in 2019.