Tirupati Becomes First Station To Implement “One Station One Product” 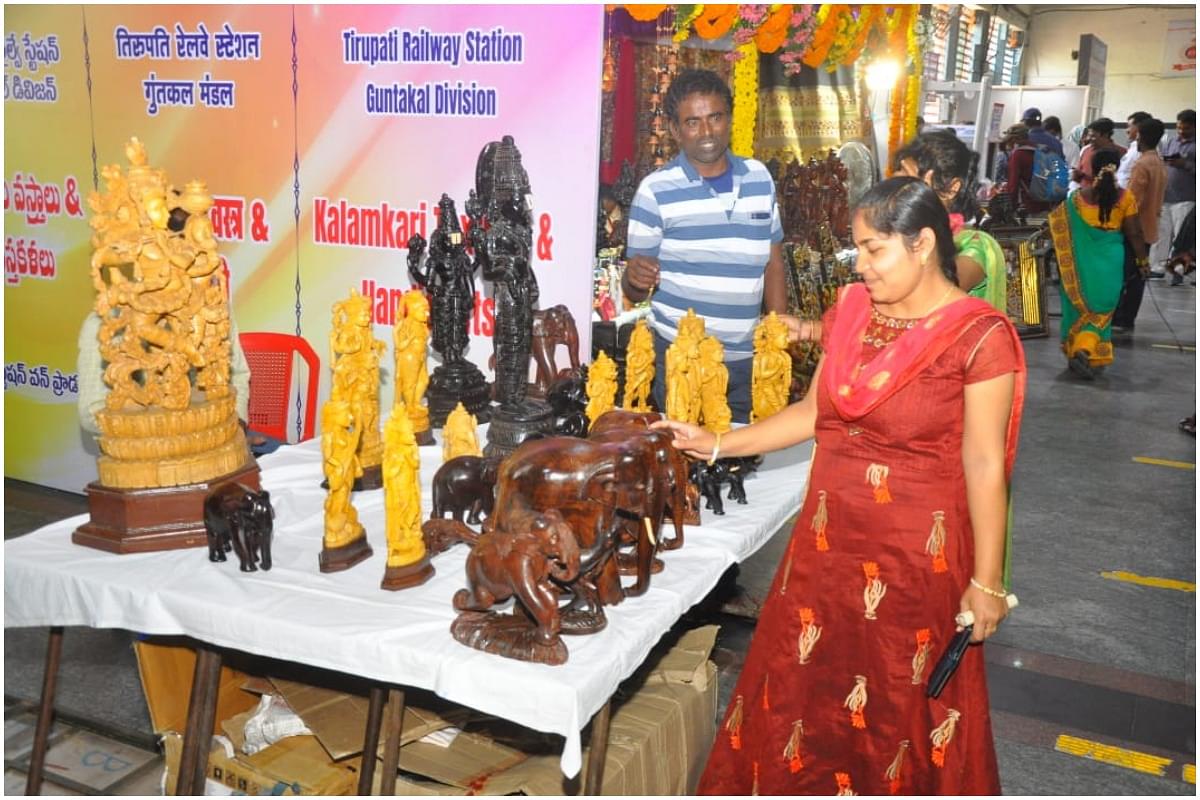 One station One Product at Tirupati

Promoting Kalamkari saree, wood carvings and textiles of the region, Tirupati Station in Guntakal division becomes the first station over South Central Railway for the implementation of “One Station One Product” concept.

Being a first of its kind initiative, it is being implemented as a pilot project for a duration of 15 days starting from March 25, 2022.

The novel initiative of “One station One Product” was announced in the Union Budget 2022-23 to make each railway station a promotional and sales hub for local products, thereby giving a major boost to livelihood and welfare of local artisans, potters, weavers/ handloom weavers and tribals among others.

The nominated stations have been planned to act as a marketing channel wherein a fully-functional stall is earmarked for promoting and selling the product. Tirupati Railway station is the nearest alighting point to reach the world-famous Lord Balaji Temple and witnesses regular flow of rail passengers across all parts of the nation. As such, the station is well placed to promote local products to have national reach.

In order to implement the pilot project, applications were called from local
persons/artisans/traders who are interested in promoting local indigenous products at the Tirupati station.

A huge response was seen for the initiative wherein multiple applications were received for participation in the pilot project. Based on that, Guntakal Division has allotted stalls for promoting Kalamkari Textiles, Handicrafts and Wood carvings at the station.

The main features include Kalamkari sarees, textiles and wood carvings are being promoted by the respective vendors. Stall is located in the prime passenger interface area (main concourse of the station) for enhanced visibility.

On this occasion, South Central Railway General Manager Sanjeev Kishore
complimented the officers and staff of Guntakal Division and commercial wing for implementing this novel initiative over SCR.

He opined that the concept will provide a major fillip to the local artisans in displaying their products to the passengers coming from across the nation and will help expand the market for their goods.

He stated that railway stations, with huge footfalls, are well placed to promote indigenous products surrounding the nominated stations.