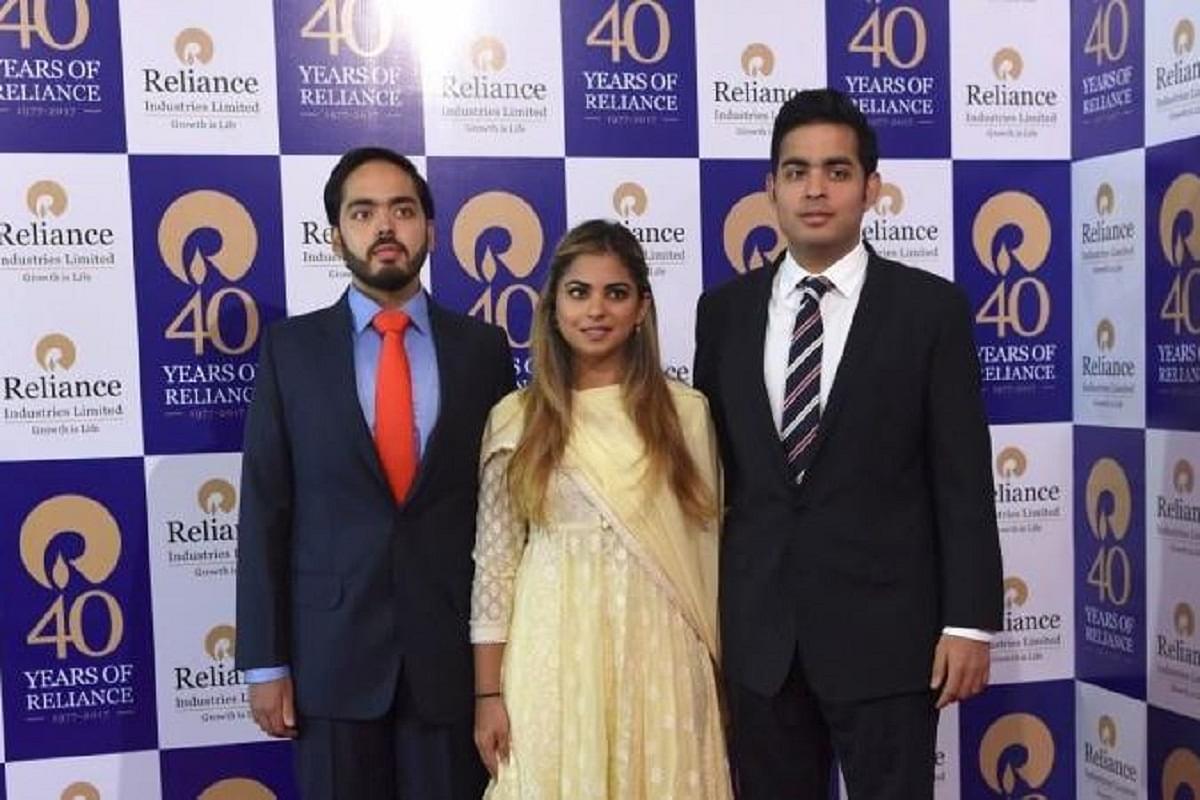 With the anointment of 30-year-old Akash Ambani as chairman of Reliance Jio Infocomm, Mukesh Ambani, 65, has completed the first stage of his succession plan for his conglomerate, which includes the oil-to-petrochemicals business, telecom, retail, and several new businesses in renewable energy.

While handing over charge to Akash, Mukesh has also stepped down from the board, which means the new chairman will not have to be constantly looking over his shoulder for what his father may say. However, even while packing the Jio board with high-quality executives, Ambani senior will have a ring-side view of what is going on at Jio, as he continues to be head of Jio’s parent unit, Jio Platforms.

The appointment of Akash to helm the group’s telecom market leader Jio now shifts the spotlight to the next transition, which could happen pretty soon at Reliance Retail, where Ambani’s daughter, and Akash’s twin sister, Isha is likely to take over.

Nobody should have been surprised with these changes since Mukesh Ambani had indicated late last year that the transition to the next generation would happen pretty soon.

On 28 December 2021, while celebrating Reliance Family Day, which was the 89th birth anniversary of the group’s legendary founder, Dhirubhai Ambani, Mukesh had said:

“From seniors belonging to my generation to the next generation of young leaders, I would like this process to be accelerated. All seniors — myself included — should now yield to the highly competent, extremely committed and incredibly promising young leadership talent at Reliance. We should guide them, enable them, encourage them and empower them… and sit back and applaud as they perform better than us. Let me summarise it this way. At Reliance we must build an organisational culture that outlasts its leaders.” (Read the full text of Ambani’s speech here).

First, unlike his father Dhirubhai, Mukesh is not repeating the mistake of leaving the details of who will inherit which business to chance and infighting. Dhirubhai made the cardinal mistake of leaving no will on succession, and this led to a public fight between Mukesh and his younger brother Anil in 2005, leading to a partitioning of the conglomerate between the two. But as bad luck would have it, Anil’s businesses (telecom, power) shrank and some went into liquidation even as Mukesh’s businesses, which included the cash-spewing oil-to-petrochemicals business, went from strength to strength. Mukesh reworked the partition agreement to re-enter telecoms, which had gone to Anil during the family split. Mukesh is making sure that his three children are clear about which businesses they will inherit.

Second, apart from the generational transition, what could also be happening is the slow conversion of Reliance Industries Ltd (RIL), the flagship, into a kind of holding company with the key role of capital allocation among new and older businesses, as one had hinted some time ago (read here).

With the decision to hive off the O2C (oil-to-chemicals) business being reversed (Saudi Aramco was to be a minority shareholder in the hived off O2C), RIL will effectively have the most cash-positive parts of the conglomerate with itself. It will become the financing arm for new ventures that need lots of cash, including renewables.

With Nita Ambani inducted onto Reliance Industries’ board in 2014, the parent company will have the older generation of Ambanis holding fort, while the operating subsidiaries will have their children running them.

Third, in both Reliance Retail and renewables, the growth strategy is apparently being driven by the acquisition of global businesses and brands.

Reliance Retail, on the other hand, has gone into overdrive in acquiring both brands and businesses. The acquisitions include toys brand Hamleys, JustDial, online medicine retailer NetMeds, Zivame, Urban Ladder and MilkBasket, among others.

In fashion and garments, Reliance has stakes in Abraham and Thakore, Ritu Kumar, and Manish Malhotra and Anamika Khanna’s AK-OK, among others. Reliance aborted its acquisition of Kishore Biyani’s Future Retail group after Amazon challenged it in court. But even as the deal was being called off, Reliance quietly took over the lapsing retail properties of Future as the latter failed to keep up with rental payments.

As a Fortune India article put it, Reliance Retail is trying to be big both in online and offline, a cross between Walmart and Amazon.

The stage is now set whereby, at the opportune time, Mukesh Ambani will announce a listing first for Jio, and then Reliance Retail, the latter after some big global investors buy a stake.

Mukesh Ambani’s succession planning indicates that entrepreneurial decisions will come from family, even while professionals run the operating companies in the conglomerate on a day-to-day basis.