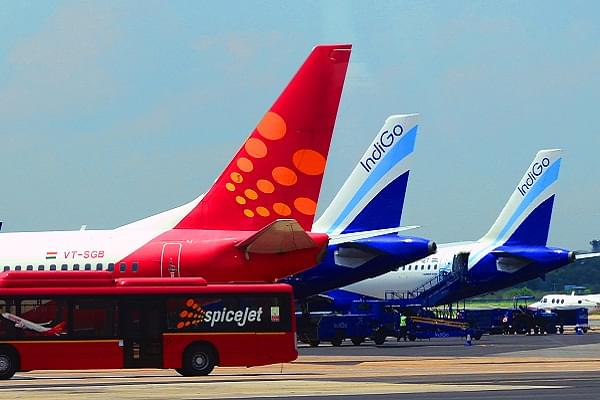 The coronavirus pandemic continues to haunt airlines. With demand at an all-time low, down by over 70 per cent of previous levels, airlines the world over are set to book over $120 billion in losses.

Quarantine measures continue and international travel has several restrictions. While domestic traffic for some countries has shown signs of revival, it does not quite translate into breaking even, let alone profitability.

For India’s airlines which were facing challenges even prior to the pandemic, 2020 has effectively wiped out several years of growth and the path has been anything but smooth. Yet, 2021 may be even more turbulent than 2020.

The revenue environment for airlines continues to be weak. Currently, the Indian government has mandated price floors and price caps – which means that airlines cannot charge below or above a certain fare level.

Add to that reduced capacity on trains which are running only half of their previous schedules. Occupancy has been a struggle for airlines and occupancy levels now in the 62-65 per cent range – are far too low. International revenues are down to a trickle, charter flights slowly are losing ground, and ancillary revenues are down significantly. Air cargo is indeed a silver lining but overall on the revenue scenario airlines continue to struggle.

If that wasn’t challenging enough, costs are slowly but surely creeping up.

For airlines, key costs items include fuel, maintenance, foreign exchange and borrowing costs. Fuel is forecast to be stable till April. After historic lows in the middle of the year, jet fuel (aviation turbine fuel) prices have gradually increased and are up by 25 per cent. On a year over year basis these are still within a reasonable range, but they could trend either way.

Volatility depends on geopolitical aspects, economic recovery and demand. And as of now the jury is out on that. Maintenance costs are down but for several airlines these costs are being “managed” via deferrals and other tactics. This only means the costs will come back to haunt at a later date and have to be provisioned for.

On the foreign exchange front, the dollar is likely to strengthen further causing much pain to India’s airlines. Lease payments, maintenance payments and financing are in dollar terms while revenues are in rupee terms. And the natural sources of foreign currency inflows for airlines – that is financing income and international income have both dried up. Thus the FX pressure is likely to continue.

Finally, airlines continue to sit on excess airplanes which means they own assets that are not generating cash to their full potential.

Put on a graph, one sees costs creeping upwards while revenues continue to be weak and volatile. Overall, not a very good picture.

2021 may also be the year the industry finally witnesses the sale of the national airline Air India. The indications are that there may be more than one buyer.

If so, a good outcome for the government; not so much for existing players. Because if a buyer emerges that has no existing aviation interests, it will mean additional capacity and competition in an already depressed demand environment. A boon for consumers but for the industry this is likely to devastate already depleted balance sheets.

Similarly, with Jet Airways emerging out of the National Companies Law Tribunal, the focus will be to add capacity. And then discount prices to fill that capacity. Current reports indicate that Jet wants to concentrate on metro-routes which are already hotly contested and some of the least profitable for existing players.

It is worth mentioning that the failure of Jet Airways, 18 months ago, was expected to provide some respite to unabated capacity growth. But this didn’t quite materialise as all of that domestic capacity returned to the market within five months. A revived Jet Airways only means more capacity.

Overall, additional capacity translates to a further supply demand imbalance. Consequently, this will impact pricing, profitability and prospects for all airlines alike.

Will Airlines Once Go In A Downward Spiral?

India’s airline industry in the past two years has seen the shutdown of an established airline and continued losses at others. This was largely driven by irrational discounting while inducting capacity that exceeded demand. The one impact corona had on aviation was to limit the capacity wars. But the industry will likely revert to old tactics.

On the domestic front, committed aircraft orders by Indigo, GoAir and SpiceJet only mean that the supply of seats into the market will likely increase. Further induction from Vistara, AirAsia India and Air India (with possible new ownership) will exacerbate this situation. Capacity discipline is found wanting.

On the costs side, news reports of unpaid dues, requests for funding and legal action have already started to permeate. And this situation is likely to get worse going into the fourth quarter which is a weak quarter for India’s airlines.

On the international front, many routes stand suspended. The start – stop – start nature of operations is not conducive to planning. For instance, more than one airline was counting on London traffic to generate some solid revenues.

But despite the best laid plans, a new virus strain emerged in the UK forcing a shutdown not only for UK flights but for other countries as well.

As such, the second strain, third wave and the shutdown could not have come at a worse time. And all that cash-flow gone can never be recovered. Additionally, airlines are now left with wide-body aircraft without deployment possibilities. Fly them on domestic routes and one flies at a loss; international flying is few and far between.

On other international destinations, stricter travel norms, health checks and competition are likely to force India’s airlines to revisit plans and strategy.

Pricing is expected to be very aggressive – across geographies, across cabins and across competing foreign airlines. And keeping aside regulatory barriers, India’s airlines will have to come up with compelling propositions to capture passenger share.

Overall, given market dynamics, the impact on India’s airlines and their international ambitions is likely to be negative.

As airlines fly into 2021, it may very well be the case that they fall back to their old ways: of mindless discounting, of weak balance sheets and of a race to the bottom. The path to profitability remains foggy at best.

Airlines will continue to create value but concurrently not be able to capture enough of that value because of reasons mentioned above. Further failures and shutdowns cannot be ruled out. For India’s airlines, 2021 may be even more turbulent than 2020.

Satyendra Pandey is an India market expert and has held a variety of roles across aviation. He is also an author and a certified pilot. His most recent book is titled: 'Dissonant dispatches: Indian aviation’s emergent flightpath'.