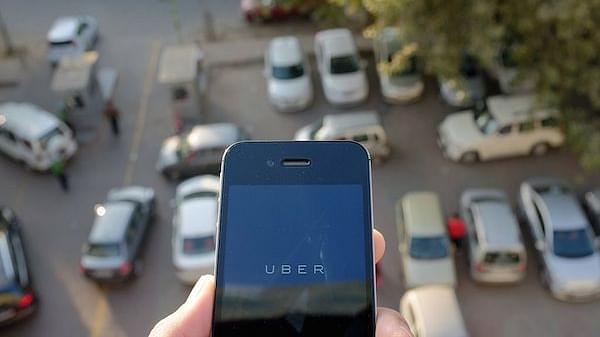 Technological advancements and regulations have had an uneasy coexistence in most countries. What constitutes the “Goldilocks regulation” for technology firms, especially start-ups which transfer economic surplus of a complex value chain to the consumers, is a hotly contested topic.

The views on this subject cover a wide range. In Silicon Valley, it is not unusual for the industry stalwarts to resist any regulation at all. The problem of regulatory capture thwarting innovation has found resonance in statements made over the past few years by Steve Jobs, Elon Musk and Bill Gates. In India, the emergent focus on “Ease of Doing Business” often shines the spotlight on the mismatch between top-down open vision and the bottom-up business execution challenges.

On 30 July, Amitabh Kant— the CEO of NITI Aayog and a top bureaucrat in the Modi government— tweeted: Govt must change with changing times. Technology will always be ahead of rules & regulations. Rules must b altered.

And yet, despite this recognition that technology will always outpace regulation, the reactionary approach of governments at various levels in India to disruptive changes is to throttle them. Nowhere is this phenomenon more starkly observed than with the regulation of the app-based cab services.

Cabs have been a highly regulated, revenue-generating service with high entry barriers in all large cities globally, not just in India. In 2013, financial blog Zerohedge reported that New York City taxi medallions, which represented the right to operate hail-cabs, were the best returning asset class in the preceding 12 months.

In Indian cities, where cabs (and rickshaws) have been similarly regulated, it has always been difficult to obtain new permits or trade old ones without a premium, or to easily rent existing vehicles for sub-tenancy operations. The proposed Goods and Services Tax (GST) will potentially bring the All India Permit Taxis under a common services tax ambit— simplifying this business— but that’s still some distance in the future.

When radio taxis entered the Indian market in the last decade, the incumbents protested. But given the limitations of radio taxis— pre-booking requirements, call centre based sub-scale operations and a costly inventory driven model— the incumbents never felt insecure enough to try arm-twisting governments.

The advent of app based cab services with smartphone proliferation changed it all. As per estimates, Ola and Uber— the two dominant players in this space— have invested $1.5 billion in India in the last couple of years, and they have the incumbents worried. The pincer strategy employing multiple levers— ease of booking, low fares discounted by patient venture capitalists playing long waiting game for returns, responsive customer service— is too sophisticated for the incumbent holders of cab permits to fight against.

So they are fighting it the only way it works in India— by putting pressure on government to erect regulatory barriers for app cabs. Over the last few months, app- cabs have had troubles in various parts of the country. In Karnataka, the government imposed a range of licensing conditions on these firms in April and briefly confiscated a few cabs affiliated with these services. In Mumbai, cab driver unions have been threatening long strikes and have met the Chief Minister to request his intervention. Earlier in August, the Madhya Pradesh government banned app-based cab services calling out surge pricing as illegal. And, in New Delhi, the High Court has asked the government to frame binding rules for these aggregators.

In several of the above cases, the existing cab or rickshaw drivers represent a big vote bank to which local governments have to pander to. The Ola and Uber drivers are not unionised in the traditional sense and, hence, the collective force of their demands and their plight on account of losing business is not a big enough vote pull consideration. Different states adopting different yardsticks and interpreting an archaic Motor Vehicles Act (the new law will take some time to come into force) causes confusion for the consumers, the aggregators and the investors alike.

The Motor Vehicles (Amendment) Bill 2016, introduced in the Lok Sabha on 9 August, was referred to a select committee on 18 August as the opposition members felt they were not given enough time to study the provisions contained in the bill. The committee will take 2 months to suggest changes, if any, and then the bill will make its way back to the Lok Sabha. The provisions related to aggregators, as released last year are included in the bill but there is no guarantee these will be accepted and adopted as is. The bill, of course, has to pass muster in the Rajya Sabha too. This process may well take till the end of this year, perhaps longer. In the interim, the Delhi government is likely to come up with its own regulations which may further muddy the waters.

This is an unfortunate logjam. The rules for aggregators have to be part of a central bill or else each state will do its own thing— given that “mechanically propelled vehicles” is a subject in the concurrent list of lawmaking. Of course the state governments can still impose their own conditions even if a central bill is passed but a central bill being in place raises the moral bar of doing so. In the absence of a central bill, as is the situation today, app cabs are effectively a state subject.

There is no denying that app cabs should be reasonably regulated. These aggregators are theoretically capable of first degree price discrimination and have great technology capability to raise the bar of consumer safety and service. So conditions like state level licensing, KYC checks for drivers and safety mechanisms in the cabs are all reasonable expectations and must be imposed.

But every other objection currently raised against these app cabs looks rearward. India just celebrated the capability of a homegrown GPS system through the Indian Regional Navigation Satellite System (IRNSS) but state governments want app cabs to use physical meters, not GPS-based calculations. Capping surge pricing makes no sense when the base prices are way cheaper than extant similar transportation options.

In fact, the cost to consumer per kilometer of base fare for these app cabs has reduced by almost 30-40 percent, in the last couple of years, in most big cities. This is partly due to the deep pockets the two leading players have and also because they are working towards economies of scale. Reasonable price caps is one thing but not allowing variability of prices based on the real time level of economic activity is overlooking the real benefits of a platform economy. Asking cab drivers to print receipts in this digital era is another plain regressive idea.

The central government has to ensure that the new act does not have ambiguous wording around these technology-enabled areas. This can leave the door ajar for states to interpret the new laws as per their convenience. Similarly, while these aggregators can help provide an increased level of safety in commuting services, they cannot be held liable for maintaining law and order any more than an ordinary cab or rickshaw driver is accountable. The state law enforcement agencies cannot transfer their responsibility of maintaining law and order to cab aggregators just because they provide a much more visible public service.

To address the concerns of the incumbents, the central law can include specific provisions on anti-monopoly practices, including control over the subsidy these players can offer on the fares. But the directional movement should be towards under-regulating the existing players, not over-regulating the new ones.

In his 2013 University of Chicago Law School paper, Can Technological Innovation Survive Government Regulation?, Richard A. Epstein— the inaugural Laurence A. Tisch Professor of Law at NYU Law School— asked in the context of regulating technology:

“Desirable regulations are those that are designed to fortify a system of competitive markets through reverse engineering. Robust (but never pure) competition is what is desired. Which regulations, then, will move the overall operation of the legal system in that direction?”

This should be the spirit of regulation for app cabs— the focus should be on “what” rather than on “how”. The end objective for regulation should be compliance, not control, and certainly not discretionary control. The lawmakers cannot and should not race against the young engineers. It will be a losing battle.

The central government should ensure that the app cab regulations are not augmented when the new Motor Vehicle Act is passed and that all states should adopt a common version of these regulations with minimal localisation. This may need a consensus building effort on the part of Union Minister Mr Nitin Gadkari at the scale of what was done for the GST Bill. But he must ensure this is done— a city arbitrarily banning app cabs is not the best advertisement for India on the “Ease of Doing Business.”

A government that prides itself on using technology should ensure that technology innovation is not smothered at the altar of appeasing sub-scale, often sub-standard, incumbency.