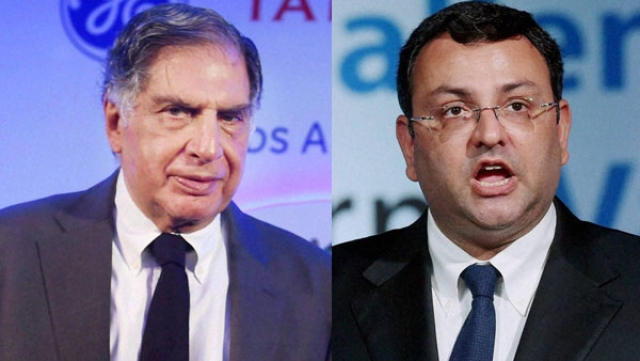 With Cyrus Mistry filing a 344-page petition with the National Company Law Tribunal (NCLT) seeking the supersession of the Tata Sons board for the “oppression of minority shareholders”, the Tata Group faces its biggest crisis in decades. The term "minority shareholders" is code for Mistry's Shapoorji Pallonji Group, which holds 18.4 per cent in Tata Sons.

Whichever way the NCLT decides, it is inconceivable that it will side entirely with Ratan Tata and the Tata trusts. The Tata Group will have to rethink the way it is run. The chances are it will have to be run in a more decentralised fashion, almost like how JRD Tata did, when he allowed a bunch of competent professionals to run individual companies almost like independent satrapies. The group remained a group largely due to the towering personality of JRD, and the huge respect he commanded.

Under Ratan Tata, the Tatas became more like a traditional family-run business group, largely because he succeeded in ousting the satraps (Russi Mody, Ajit Kerkar, A H Tobaccowala, etc) and promoted cross-holdings in a way in which the group’s shareholdings went up significantly. This increase in holdings was primarily enabled by the huge cash surpluses churned out by Tata Consultancy Services (TCS), which is 74 per cent owned by Tata Sons, and through equity cross-holdings between group companies. Majority holdings in Tata Sons is with various Tata charitable trusts.

In effect, the trusts, instead of being shareholders interested in high dividends and incomes from Tata Sons, became quasi-promoters. It did not help when Ratan Tata, after being the man who ran the group by heading Tata Sons, went on to head the trusts actively after his retirement in December 2012.

This was what created huge scope for conflicts of interest. Consider just some of them:

Second, since all major Tata companies are publicly listed, the top managements needed to serve the interests of both the promoters and the minority investors, including institutional investors, equally. But when companies were asked to invest in each other in order to maintain group stakes at high levels to prevent takeover threats, effectively each group company was focusing on promoter interests and not that of minority shareholders. That minority shareholders did not object too much is a testimony to how muted shareholder democracy is in India. The Tata reputation probably helped still voices of dissent, but this is no longer possible with one big minority shareholder taking the matter to the NCLT.

Third, the idea of business groups controlling conglomerates is dated and cannot sustain in industries that need lots of capital to grow. In the US, which is the Grand HQ of shareholder capitalism, most big corporations are not run by promoters, but professional chief executives appointed by independent boards and large pension funds. The simple reality is this: as a company’s capital needs to grow, the promoter’s shareholding should come down and, over time, promoters become minority investors. That in India the opposite has happened suggests that cronyism and indirect means of control have been utilised to retain promoter stakes despite huge capital requirements.

The Tatas, with such capital guzzlers like Tata Steel, Tata Power and Tata Motors (especially the Indian part of the automotive company), have two options: they can start shedding unviable or unrelated parts of their businesses to retain control, or allow public and institutional shareholdings to grow. The option of using one cash cow (TCS) to finance stakes in the entire group is not only shrinking but counter-productive. TCS itself faces huge growth challenges, and it is unfair to force the company to invest (through its parent Tata Sons) in companies with far lower margins than its own business. In short, Tata Sons’ control of TCS is detrimental even to the interests of TCS shareholders; it may be sacrificing inorganic opportunities in order to service Tata Sons’ high need for dividend flows, 95 per cent of which comes from TCS.

Put another way, it is TCS which controls the Tata Group, and not Tata Sons. This is not good for either TCS or Tata Sons or the trusts which control Tata Sons. The conflicts of interests are so enormous that it is a wonder why no one questioned this before Mistry did. And even he did so partly because he was ejected by Ratan Tata from chairmanship of Tata Sons.

The future is staring us in the face: the Tata Group has to shed its losers, invest in its winners, and separate shareholding from management in order to become a truly global, transparent and ethical group.

It has to become smaller to grow. The Ratan Tata-Cyrus Mistry spat will precipitate this change.