Will India Live Up To The Tesla Challenge? 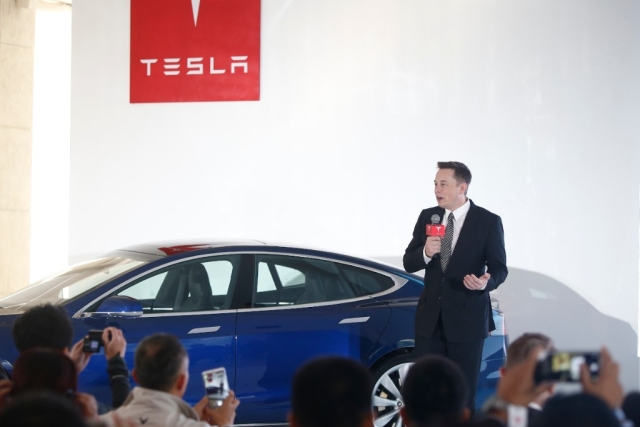 In October 2020, Elon Musk hinted at the possibility of Tesla entering India in some capacity in 2021. On 12 January 2021, Tesla officially registered as a subsidiary company in Bangalore. There was speculation on whether it was indeed Tesla as the registered entity as it did not even have an official email address.

That was put to rest with Musk’s short tweet the following day. At present, there is no information on how Tesla intends to enter the Indian market — will it be R&D only? Will it set up a massive production facility and eventually turn India into an export hub? Or will it cater only to a niche and limited customer base?

The lack of short term clarity should not distract us from the fact that India is a fertile market waiting to be tapped. Tesla’s entry into the Indian market could very well be the tipping point of the electric vehicle (EV) revolution that looms large.

EVs are yet to capture the imagination of the aspirational urban middle class. Despite a thriving automotive market that is one of the fastest growing in the world amid rising disposable incomes, EVs are still largely perceived as novelties with zero real world utility.

Reva Electric Vehicle Company, led by Chetan Maini, was the first in India to conceive the idea of a viable electric mobility solution. Set up in Bangalore in 1998, Reva launched India’s first EV in 2001.

It was a solution well ahead of its time but Reva’s car could barely make a dent in the market. The lack of long term funding meant that Reva would fold up soon. In 2010, Mahindra acquired Reva and attempted to revive its EV in a new avatar.

It rechristened Reva’s car as E2O and gave it a cosmetic makeover. The poorly designed car made no headway either.

The State was also largely indifferent to e-mobility. It was only in 2010 that the Central Government half-heartedly attempted to incentivise EVs. For a large part of the previous decade, e-mobility policy revolved entirely around subsidies and piecemeal budgetary allocation.

There was no serious effort to formulate a long term strategy to build a sustainable e-mobility ecosystem. The distorted tax structure on batteries made EVs prohibitively expensive even after subsidization. The lack of government support caused startups in the e-mobility space to bleed heavily and made auto majors wary.

It was not until 2019 that the Central government showed some intent in charting an e-mobility roadmap. FAME 2, led by the Transport Ministry and Niti Aayog, and was given a sizeable budgetary allocation of Rs 10,000 crores.

The GST council lowered taxes on both EVs and electric chargers. This also seemed consistent with Nitin Gadkari’s ambitious statement of achieving 100 per cent e-mobility by 2030.

The last couple of years has seen auto majors warm up to the idea of diversifying their India portfolios with EVs. Tata has a couple of locally manufactured EVs in its stable while the likes of Mercedes, MG and Hyundai sell their EVs as “Completely Knocked Down” units.

The largest car manufacturer in India, Maruti Suzuki, has no plans of launching an EV for the next couple of years.

EV penetration in India is very poor. Only 1 per cent of the vehicles sold are electric. The EVs on sale in India are significantly more expensive than their petrol/diesel counterparts.

The other big deterrent for buyers is the woefully inadequate charging infrastructure. Four wheeler EVs sold in India have an average range of 250-300 kms while two-wheeler EVs typically have a range of not more than 90 kms on a fully charged battery.

A poor density of charging stations in major urban centers and non-existent charging infrastructure on highways exacerbate range anxiety and make EVs seem quite impractical for day-to-day use.

This has relegated EVs to the fringes of the auto market. A measly 156,000 electric vehicles were sold in 2020 with two-wheelers making up a whopping 97 per cent of the sales.

How will Tesla’s entry shake things up?

Tesla’s transformation from a bit player to an automotive behemoth has been nothing short of spectacular. It accounts for 18 per cent of the global EV sales, far ahead of manufacturers with a rich heritage -Volkswagen, Mercedes-Benz, Hyundai and Volvo.

Will Tesla make a splash in the Indian market right away? Far from it. With no manufacturing or assembling facility in India, Tesla will only be able to sell imported units to begin with. After addition of import duty, Tesla’s cheapest, Model 3, will cost close to Rs 60 lakh on road. Even an entry level Tesla will be accessible only to the nouveau rich and India’s social and political elite.

Then how will Tesla be able to upend the status quo?

The answer lies in the energy mobility ecosystem that Tesla has spawned. Its cars run on world class energy solutions.

Tesla, in partnership with Panasonic, has been a pioneer in Lithium ion batteries and has a competitive edge over legacy automakers. Its supercharger network spans across four continents. Tesla’s gigafactories in China and North America have managed to achieve enormous economies of scale, significantly optimizing the price of a battery, which accounts for 1/3rd of the cost of an EV.

It is this expertise that both auto majors and the Indian government should be looking to leverage. India lacks a competitive battery manufacturing cluster.

Chinese imports have a vice like grip on the Lithium ion battery market world over. The central government imposed tariffs on imported lithium cells to cut capex on Chinese imports and spur local production.

The second order effect of these ill-conceived tariffs is unaffordable EVs. China captured the battery market by virtue of being the first mover. Unfortunately, policy in India has been reactive. This has an uncanny resemblance to how India missed the bus in solar cell manufacturing.

For EVs to appeal to the cost-conscious Indian buyer, it is imperative that battery costs have to come down. Barring Tata Chemicals, no other Indian manufacturer has exhibited the capability to manufacture Lithium batteries at even a moderate scale.

India’s cumulative annual battery manufacturing capacity is under 2 gigawatt hour (GWh). On the other hand, China plans to achieve an annual battery production capacity of 630 GWh by 2023.

A report by the Niti Aayog estimates that for India to achieve its 2030 target of full EV transition, it would need a production capacity of a minimum of 2410 GWh of end-to-end manufacturing.

The presence of gigafactories has the potential to turn India into a serious battery export hub. Tesla already has three gigafactories, with one in China. Each gigafactory has the capacity to produce upto 30 GWh of batteries every year.

To put that into perspective, 1 GWh is sufficient to power more than 25,000 electric cars.

In May 2020, the central government declared advanced cell battery storage as a “champion sector”. State governments will have to make concerted efforts to woo a market leader like Tesla, which wants to set up the next gigafactory in ‘Asia, outside China’.

Establishing even one Tesla facility in India will be a massive shot in the arm for the EV transition movement. Not only will it reduce dependency on Sino-centric global supply chains, it will also spur the growth of an indigenous battery manufacturing ecosystem.

Over a period of time, it will eventually incentivize the standardization of battery components and chargers, which is key to the automotive sector’s long term success.

Sharing of a common battery and a powertrain platform by multiple auto manufacturers will significantly cut overall costs, allowing EVs to be priced very close to petrol/diesel cars.

The engine’s reliability and drivability was partly responsible for the explosive growth of diesel cars in India. Tesla could do for the EV what Fiat did for the diesel car.

Secondly, the growth of an indigenous ecosystem will also lead to advances in battery tech for electric two-wheelers. This is an untapped market that has scope for exponential growth.

While startups such as Ather Energy have targeted the premium segment, there are no mass market electric two-wheelers which can compete on an even footing with their petrol variants.

The range of batteries used in electric two-wheelers is very low (<90 kms on a single charge). Unlike cars, the size of the bike/scooter places a constraint on how big a battery can be, thereby impacting its range.

For the EV revolution to truly take shape, the two-wheeler market will have to witness disruptive innovations. This will be possible with increased investment in R&D by global battery manufacturers like Tesla.

The transition to EVs will be successful only if there is an extensive EV charging network which is not just limited to the metros. While the government plans to setup 69000 EV charging stations across the country, it has not seriously factored in the erratic distribution of power in the hinterlands.

As of today, Tesla has a presence in India only on paper. There is no guarantee that the hype around its India plans will materialize. But it would be very unfortunate if the central and state governments do not show any conviction in wooing a market leader who can positively transform the country’s EV landscape.

We can either choose to plod along or gallop at an “electric” pace. The ball is clearly in our court.