Advani : Not Done Yet 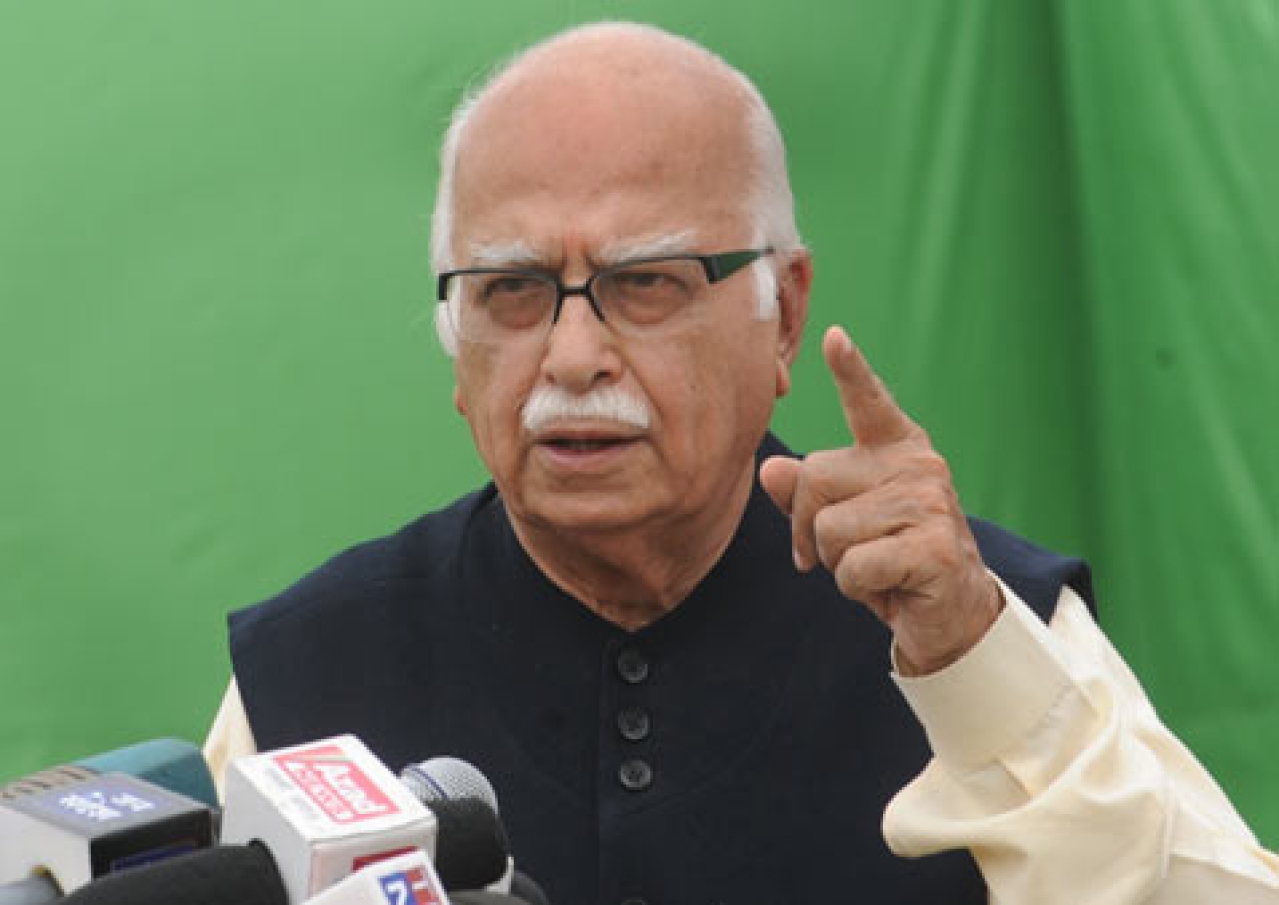 No general tells his troops—that too in the hearing of the enemy—before going into battle that they are fighting to lose. That is exactly what Lal Krishna Advani, widely credited with having taken BJP from 2 seats in 1984 to 182 in 1999, did in 2012, 20 long months before the general elections, further demoralising despondent supporters of the party. It gave them—and the country—no comfort that even after another defeat against an exhausted and ill-equipped adversary, their timorous, twice-defeated, unwilling-to-retire general was finding joy in getting a side-seat at the high table of power.

In his blog post of 05 August 2012, this is what Advani thought would happen after the Lok Sabha elections of 2014: “a Third Front government can be ruled out…a non-Congress, non-BJP Prime Minister heading a government supported by one of these two principal parties is, however, feasible.”

This is not all. Advani manifestly had no plan or desire to tap—much less magnify–the growing disillusionment with the Congress, and turn into a positive vote for the BJP. Worse, despite concrete evidence to the contrary, as we shall presently see, a passive, ill-advised Advani was content with the findings of opinion surveys which, in his imagination,“clearly reveal that the principal beneficiary of the Congress Party’s fast eroding reputation continues to be the BJP !”

Incidentally, surveys were showing even then that Advani’s “Do nothing, get apple” mantra for electoral success was not working for the BJP. A key finding of the ABP-Neilson survey held in May 2012 was that while the vote share for the Congress had dipped by 8%, the BJP was gaining only 1%, while regional parties were taking away 7%. Surveys of India Today and NDTV a couple of months later threw up a similarly dismal picture for the BJP, despite the Congress slide. In the top six states of UP, Bihar, Maharashtra, Andhra Pradesh, West Bengal and Tamil Nadu, the BJP was seen faring as badly as ever, with a gain of just five seats over 2009. Thanks to the Anna movement, by November 2012 things had got even worse for a comatose BJP. As per a Hansa poll, a majority, 32%, saw culprit Congress, not BJP, as the party best suited to pull the country out of the economic slump.

Did Advani not know then as to why the BJP was unable to become the “principle beneficiary” of the decline in support for the Congress? The answer was there for all to see: top leaders of Congress, Sonia Gandhi, Rahul Gandhi and Dr Manmohan Singh, were still more popular—or less unpopular–than BJP’s controlling trinity of LK Advani, Arun Jaitley and Sushma Swaraj. Did Advani not notice that one man, Narendra Modi, then not even on the national stage, had already beaten them all to emerge as the the most favoured choice for Prime Minister, and was growing more popular by the day? Could Advani not deduce from the survey findings he selectively quoted, that had Modi not been on the scene, and had there not been a popular expectation that he would eventually lead the party, the BJP would not only not got the little benefit it had from the drop in Congress’ popularity, but would most likely have suffered a similar decline?

Advani missed nothing then, and is missing nothing now. But when a man is possessed by the devil of an incurable personal ambition, he will, if he can, burn the very rope he is climbing on.

A few days back, the ageing, still-not-retired general suddenly told his troops—now raring to go under the command of an outstanding general who has breathed life back into them–that the 2014 victory is going to be their finest ever: the BJP will win the highest-ever number of seats in the Lok Sabha. If anyone thought that this was an unstated endorsement of Narendra Modi’s brilliant leadership, or an acknowledgment of his searing popularity that, as per every opinion poll, far exceeds that of Atal Bihari Vajpayee, Advani cleared it by adding, slyly, that people “now want to bring back the Vajpayee government-like regime.”

What did you know? Contrary to what every survey is screaming, people are actually rooting for Loh Purush Advani, not for Narendra Modi. It is memories of the Vajpayee-Advani government,—and expectations of Advani’s return–not Modi’s model of governance and his visionary, honest, decisive, no-nonsense leadership, that has turned BJP’s fortunes around dramatically across large parts of the country—particularly in the key, 120-seat states of UP and Bihar–in the last few months!

If you still had any doubts left about Advani’s intentions, head for his latest blog—written after yet another drama over his Lok Sabha seat—where he makes yet another pitch for himself as the next PM, by recounting achievements of the Vajpayee-led government. He omits to mention, quite naturally, that that government lasted only one term, was roundly rejected by voters who sent it packing with 30% fewer seats, and that the 2004 defeat was topped by a rout in 2009 under his able leadership.

How can you project yourself as the best choice as PM, at 86 years, without trashing the one who you believe is taking away your undeserved prize, again? Advani does it in two ways in his blog: he hits out Narendra Modi the person, by talking about the absence of a trace of ego or arrogance in Vajpayee, and he trashes Modi’s massive, virtually single-handed contribution to BJP’s impending victory, by attributing it solely to, yes, Sonia and Manmohan: “we should be grateful to the U.P.A. duo for working systematically and steadfastly to ensure that in 2014, once again a BJP led government comes into power!” Narendra Modi, the BJP owes you nothing. The spark of hope that you have ignited in the hearts of crores of despairing Indians is illusory; the lakhs of enthusiastic Indians who come to listen to you and respond to you, rally after rally, are not going to vote for you; the doubling of BJP’s 2009 vote share after you became BJP’s PM candidate, is proof that people want me back, not you.

That Advani is continuing to fire barrage after barrage at the BJP’s new commander from the comfort of his retirement home even after the poll bugle has been sounded and a fierce battle has begun, is proof that he cares neither for the party that has given him so much, nor for the country. Unfortunately, he is not alone. The coterie that guided him and the BJP to a rout in 2009—no it wasn’t the EVMs—is still at it along with him. See this.

In a recent interview, BJP President Rajnath Singh—he was President in 2009 too—was asked by Arnab Goswami, in the context of the Modi wave, whether the party comes first or the individual. If only Rajnath Singh had asked Arnab Goswami whether Times Now comes first or Arnab. That he did not suggests that there could be a twist in the tale still. The battle has yet to be won. And the real enemy is within.