Analysis of the RTE Judgment: Part I - The Question of Severability 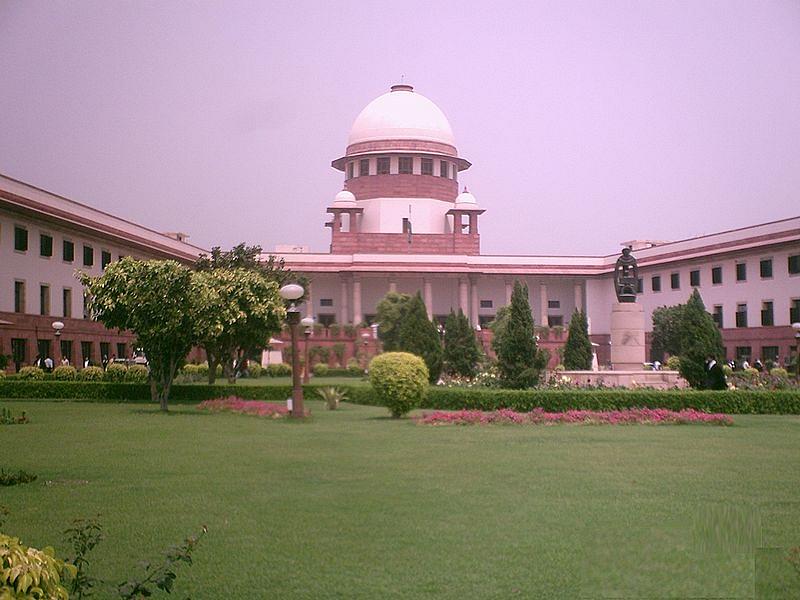 The RTE Act is probably one of the most radical attempts at social engineering ever conducted in India. Few enactments in our country can rival it in terms of its reach or the level of its intrusiveness into the lives of ordinary residents. It signals, truly in every sense, the triumph of a leviathan state threatening to cast a dark shadow upon individual and communal liberties. If this sounds like hyperbole, the best advice I can give is to ignore media descriptions, read the text of the Act carefully and reflect upon its implications. To avoid making this post too long, I will focus today in my analysis of this judgment only on a largely ignored but very important (though somewhat technical) issue with far reaching ramifications.

1. A number of provisions of the Act were challenged but the majority judgment authored by CJI Kapadia for himself and J.Swatanter Kumar is silent on most of the questions except two. Of these, section 12(1)(c) which enjoins all unaided private schools to provide 25% of seats to students from the disadvantaged category has been the most prominent and also the most controversial. The other provision discussed is section 18(3) which permits the state to derecognize schools and transfer their students to other schools for contravention of the conditions of recognition. One strange aspect of the majority’s holding was its finding that the RTE Act and in particular, sections 12(1)(c) and 18(3) violate the fundamental right guaranteed in article 30(1) of the constitution. A provision is either constitutional or not – this is the first time I have heard of such a thing as being generally or particularly unconstitutional.

2. J.Radhakrishnan, in his dissent, briefly discussed a number of additional questions raised by the petitioners including various sections from 13-30. So, with respect to all of these, did the other two justices agree with J.Radhakrishnan or not? CJI Kapadia’s opinion only states somewhat cryptically that they “disagree with the views expressed therein [meaning the dissent] regarding the non-applicability of the RTE Act to unaided non-minority schools” (para 1). Perhaps, this might be understood to mean the answer is “yes”.

3. If the interpretation in paragraphs 1 and 2 is correct, the ratio, in a nutshell, is as follows: (a) the entire act is violative of art.30(1) in so far as it applies to unaided private minority institutions (b) it does not apply to boarding schools (c) barring the aforementioned exceptions, the act is constitutional.

4. A central flaw in this holding is that it fails the test of severability as laid down by the Supreme Court in a landmark judgment in R.M.D Chamarbaugwala. For those not familiar, when a portion of a law is struck down on grounds of unconstitutionality, the validity of the remainder depends upon whether it can be “severed” from it. If the law is framed in such a way that the different parts cannot be separated, the whole of it must go. Seven rules were laid down in that case to determine whether such is the case or not. I reproduce them below:

2.If the valid and invalid provisions are so inextricably mixed up that they cannot be separated from one another, then the invalidity of a portion must result in the invalidity of the Act in its entirety. On the other hand, if they are so distinct and separate that after striking out what is invalid, what remains is in itself a complete code independent of the rest, then it will be upheld notwithstanding that the rest has become unenforceable.

3.Even when the provisions which are valid are distinct and separate from those which are invalid, if they all form part of a single scheme which is intended to be operative as a whole, then also the invalidity of a part will result in the failure of the whole.

4.Likewise, when the valid and invalid parts of a statute are independent and do not form part of a scheme but what is left after omitting the invalid portion is so thin and truncated as to be in substance different from what it was when it emerged out of the legislature, then also it will be rejected in its entirety.

5.The separability of the valid and invalid provisions of a statute does not depend on whether the law is enacted in the same section or different sections; it is not the form, but the substance of the matter that is material, and that has to be ascertained on an examination of the Act as a whole and of the setting of the relevant provisions therein.

6.If after the invalid portion is expunged from the statute what remains cannot be enforced without making alterations and modifications therein, then the whole of it must be struck down as void, as otherwise it will amount to judicial legislation.

7.In determining the legislative intent on the question of separability, it will be legitimate to take into account the history of the legislation, its object, the title and the preamble to it.

5. Let us start with rule #1. There is no doubt at all that parliament intended the RTE Act to apply to all schools irrespective of whether they were private/public, aided/unaided and minority/majority. The text of the act does not distinguish anywhere between minority and majority schools. Numerous examples may be given from provisions throughout the act to justify this point but the following will suffice. Section 2(n) defines “school” to mean “any recognized school imparting elementary education…” which obviously includes both minority and majority schools. Again, this definition includes, under s.2(n)(iv), “an unaided school not receiving any kind of aid or grants…”. Section 3(1) grants the right to free and compulsory education “in a neighborhood school…”. Note that the words used are “any school”, “a school”, “an unaided school” and so forth; nowhere do the provisions state “any school except unaided minority schools” or “a school other than unaided minority schools” or any similar language to that effect. The implication is clear: the statute does not separate the schools based on religious or linguistic identity. The question of separating the valid from the invalid portions of the statute therefore does not arise since they are not distinct parts at all. Hence, one need not ask whether the legislature would have in fact enacted the valid part by itself. Even if such a question were put in the hypothetical, there is little doubt that it would have aroused considerable opposition given the blatantly unequal nature of legal obligations being sought to be imposed on different schools solely based on their religious and/or linguistic identities (even if they operate in identical manner in economic terms).

6. The above explanation also answers rule #2. The valid and invalid portions are indeed so inextricably mixed up that the invalidity of a portion must result in the invalidity of the act in its entirety. Rules #3 and #4 are not pertinent for the same reason, namely, that the valid and invalid portions are not distinct. Coming to rule #5, the Court has shown in many judgments that the valid and invalid provisions may both be enacted in the same section but they are still expected to be found in different words or phrases so that those particular words or phrases can be struck down while retaining the rest. I am aware of no past example (until this judgment) where the test of severability has been applied in the abstract without reference to the specific words or phrases contained in the text of the enactment.

7. In its conclusions, the majority has stated that the RTE Act shall apply to “an unaided non-minority school” (para 20(iv)). Compare and contrast this with the relevant definition of school under section 2(n)(iv) of the act itself (which applies in relation to to s.12(1)(c), the impugned provision) which only states “an unaided school“. Thus, the Court has solved the problem of severability by simply adding the word “non-minority” to the definition in section 2(n)(iv). This is tantamount to modification of the statute and being an act of judicial legislation, constitutes a clear violation of rule #6. Nothing to the contrary is evident in the history or preamble; hence rule #7 does not alter anything in the discussion above.

8. So what is the majority’s explanation for its inexplicable approach to severability with utter disregard for text and precedent? Only a single sentence in the concluding paragraph 20 of the judgment which I reproduce below:

However, the said 2009 Act and in particular sections 12(1)(c) and 18(3) infringes the fundamental freedom guaranteed to unaided minority schools under article 30(1) and, consequently, applying the R.M.D.Chamarbaugwala v. Union of India [1957 SCR 930] principle of severability, the said 2009 Act shall not apply to such schools.”

What this shows is a judgment written in haste without enough care or consideration given to vital details. Particularly with regard to severability, the error is plainly apparent on the face of the record. Had settled law been correctly applied, wherever the challenge under art.30(1) prevailed, the respective provisions ought to have been gutted in their entirety. In other words, if the RTE Act cannot be applied to unaided minority schools, the entire act has to go (i.e. for every one else too). Anyone filing a review petition in Court ought to pay attention to this. I will look at other aspects of the judgment in subsequent posts.