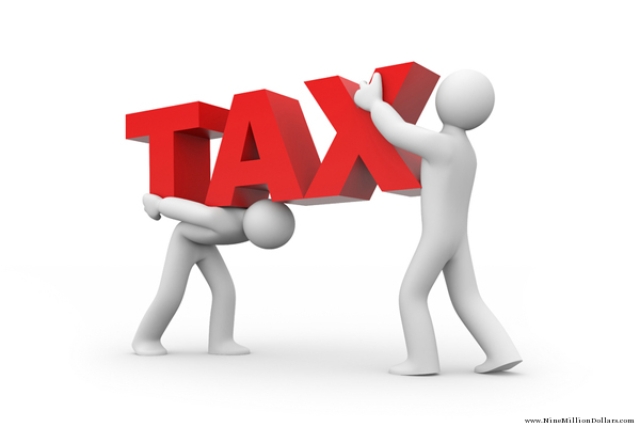 The proposal, abolishing of direct and other taxes and levy of single Banking Transaction Tax (BTT) by Shri Baba Ramdev Ji (BRD) has reopened a very important and forgotten chapter in the history of Indian economic reforms. Reforms started in 1992 when the country first resolved to move towards a democratic market based economic system from a democratic socialist economic system. Tax reforms were a logical corollary of this commitment to market based system. Tax reforms since 1992 were centred around two important issues rationalisation of tax structures (both direct and indirect) and fiscal federalism (sharing of tax revenue between Centre and states) in new economic order. It not the purpose here to trace this history, but it will suffice to say that progress made on both the issues was visible till 2001 after which it ceased to gather much attention.

The intention of writing this article is not take any sides but to objectively view this proposal in light of the existing ground realities both internal and external. A lot is has been said on BTT by way initial reactions and a lot needs to said before a concrete public opinion takes shape. Hence, I neither take the side of those who made the proposal nor the side of those who are opposing it. It will be better if we subject the proposal to a dispassionate scrutiny.

Much is known about the present economic situation. But it will be pertinent to summarise the current situation in the interest of further discussion on subject under consideration. The challenges to present Indian situation stem from two sources. 1) The external sources – include the fall out of subprime crisis resulting in contraction of exports and evolving geopolitical concerns which will increase our expenditure on defence in future. 2) The internal sources – domestic economic situation is characterised by double digit food inflation, high fiscal deficit and near bankruptcy of the Centre and banking system. The external and internal financial situations combined have aggravated what is known as twin deficit problem.

However, it will be wrong to put entire blame on external factors. The deterioration of external position has been an outcome of large unchecked imports so much so that the present situation on external account has similar features as in 1992 [See Gurumurthy for an excellent analysis]. As Rao (2009) argues, the falling fiscal situation is not the result of fiscal bailout package following the subprime crisis. The problem is structural and had consistently escaped attention.

Besides the economic factors, there is also a sinister side in our story that is the role of corruption scandals. Akerlof and Shiller in their book Animal Sprits observe that: ‘[e]ach of the past three economic contractions in the United States… involved corruption scandals. Scandals play a role in determining the severity of each the recession’ [Akerlof and Shiller (2009):pg29]. Their reference was mainly to corporate scandals. But this author feels, when party to scandal is government, the psychological effect can be catastrophic, particularly when administration of justice takes long time and there is an unabated supply of scandals.

The Reserve Bank of India (RBI) in its Consumer Confidence Survey (CCS) of June-September 2012 (Round 10th) observed that:

…[S]entiments about current and future conditions have been declining over the last four quarters, for the first time in this survey the net response on perception about current economic condition turned negative. There has been a noticeable drop in positive perception on house hold circumstances, income and price level…In contrast there has been a sharp decline in Future Expectation Index due to all constituent factors.

Not much has changed in latest September 2013 (14th Round) wherein RBI again recorded a decline in consumer confidence, due to decline in the positive sentiments. Other outlook surveys also paint similar picture. The moot point is such levels of pessimism, particularly in the downturn pose serious challenges to macro management. The presence/lack of confidence affects the potency of multipliers – fiscal and investment – to revive the economy. When there is deep pessimism, the usual multipliers take a low value implying the recovery will slow and painful.

The economic recovery will therefore require among other the following issues to be addressed:

Why do we need tax reforms? Is this a political stunt? Kautilya in his famous treaties, the Arthashastra categorically recommends a healthy state treasury. Health of state treasury (Kosa) is important to Kautilya because all other goals of the society (Dharma, Artha & Kama) depend on health of state treasury. Building of tax capacity is vital for provisions of national security, infrastructure, law and order and other social objectives. Echoing similar views, Kelkar in first chapter of his report writes:

There is yet another strategic consideration for us now. It is imperative that as a responsible nuclear power, India pursues a responsible fiscal policy. This will enable us to retain our strategic autonomy. [Kelkar (2012): Ch 1, pg 04]

The treasury health is maintained, according to Kautilya, by continuously augmenting tax raising machinery and keeping a check on wasteful expenditures. I feel it is through this prism that we should put to test the present proposals of BRD.

The question of fiscal sustainability and tax reforms is not new thing. Many luminaries have written about it in the past. The famous tax lawyer Late Nani Palkhivala described the state of Income Tax laws in following words in preface to the Eighth edition of his income tax book way back in 1990 (just two year before 1992 crisis) as:

‘we legislate first and think afterwards; complexity is heaped upon complexity and confused becomes worse confused…In United Kingdom there are 29 million income-tax payers but the number of references filed in the High Court is only around thirty in a year. In India there are only seven million income-tax payers but number of references filed in our High Courts is over 6000 a year, in addition to more than 1000 writ petitions. These figures reflect the tremendous public dissatisfaction with quality of the law and of fiscal administration…G.K. Chesterton, in his brilliant essay “The Mad Officials” analyse how a society goes mad. The rot begins, he says, when wild actions are received calmly by society. “These are people that have lost the power of astonishment at their own action. When they give birth to a fantastic passion or foolish law, they do not start or stare at the monster they have brought forth…These nations are really in danger of going off their head en mass, of becoming on vast vision of imbecility.” India is one such country in respect of its budgeting and fiscal law. Today the monster of our direct tax structure has become more monstrous than ever before.’ [Palkhivala in Sorabjee and Datar (2012): pg27-28]

Income Tax Act 1961 (IT Act) completed 50 years in 2011. It is a known fact that this legislation is one of the most complex and changes every year by way of numerous additions, deletion and retrospective amendments. The complexity of IT Act has resulted in high administrative and compliance cost resulting in distortions in resource allocation.

The IT Act will be replaced in future by a new legislation – the Direct Tax Code (DTC). This proposed new legislation whose 2010 draft is more voluminous than its 2009 draft will only confound the tax payer. The aim of the new DTC as stated by the Finance Minister in his 2009 budget speech was: “…a trust based simple, neutral tax system with almost no exemptions and low tax rates designed to promote voluntary compliance”. The other objectives included improving efficiency and equity of tax system by eliminating distortions and expanding tax base.

But to make matters worse Kelkar (2012) [See pg 21] cautions that the new code may lead to an overall decline in tax revenues will make fiscal consolidation more difficult and hence DTC needs a comprehensive review. The chronic tinkering is equally rampant in indirect taxes with prompt retrospective amendment if a decision is in favour of the assessee [Sorabjee and Datar (2012)]. Voluntary disclosure schemes are no more than a mockery of our tax systems.

If one were to summarise the key issues in tax reforms, the following four are the most crucial:

Having covered the necessity for tax reforms, I now turn to the contentious proposal of single tax called BTT. The proposal for a single tax is not new idea. Long back Physiocrats, an economic school of thoughts that originated in France, mooted the idea of levying a single tax on land. While the present tax system, comprising the income tax, sales tax, VAT etc. are Anglo-Saxon in origin. In the 19th century, Canada and the United States also discussed single tax. France discussed a single tax in the post-war period, and in the 1990’s, in Brazil this same proposal reappeared in a new format, as a BTT. Battle lines are clearly been drawn between two schools of thoughts in the annals of economic history. Hence, scholars who have Anglo-Saxon pedigree (Oxford, Cambridge etc) will oppose BTT. And we see this already in TV debates!

The logical question then arises – why such a proposal is made? This requires understanding certain ground realities which strengthen the case for BTT. The wave of liberalisation and globalization that started in 1990 put the declaratory system of taxes under considerable strain. Not only has globalisation led to los of sovereignty in tax claims, quick movement of goods and services and growing importance of tax heavens made various sovereign tax jurisdictions compete for tax revenues. With globalisation also came simultaneous financialisation of global economy as the use of digital currency surged. The net effects of such developments was that production process underwent radical transformation and bears no resemblance to production process at the dawn of industrial revolution in Europe upon which the Anglo-Saxon tax regime was based.

Trade in services which now happen on internet are beyond the reach of tax authorities. Furthermore, if payments are routed through tax heavens, the problem of tax evasion compounds further. With growing trade and decentralisation of production process spanning across continents, by using transfer pricing, it possible to shift large portions of tax bases to favourable jurisdictions (Vodafone and Nokia are such e.g. ).

In globalised world where labour mobility is opposed as it becomes an immigration issue while capital mobility is encouraged, BTT proposal in some ways is migration from taxation of labour to taxation of capital. Hence, controllers of capital will not like BTT. Besides controllers of capital, tax accountants, tax lawyers and tax collectors will also oppose BTT as they go out of business. Some opposition is expected from political fraternity as after CBI, IT Department is second tool in the armoury to subdue a political adversary.

In theory, implementation of BTT will require two preconditions:

In the Indian context there are additional preconditions, these include:

In a nutshell the proposal for tax reforms which includes abolition of direct taxes and gradual migration to BTT is based on sound economic footing and tax reforms are need of the hour. However a very detailed groundwork is required before such a migration. BTT is definitely a medium to long term proposition. If done it may bring long term benefits. I admit myriad of other issues surrounding BTT have not received full attention in this work.

[1] ‘Dealing with domestic black money is the need of the hour’; http://www.niticentral.com/2014/01/02/black-money-stashed-abroad-is-crushing-indian-economy-174859.html

[1]Kelkar (2012); ‘Report of the Committee on Roadmap for Fiscal Consolidation’, Ministry of Finance, http://finmin.nic.in/reports/Kelkar_Committee_Report.pdf