Gujarat Elections gaffe: Business Standard does it yet again 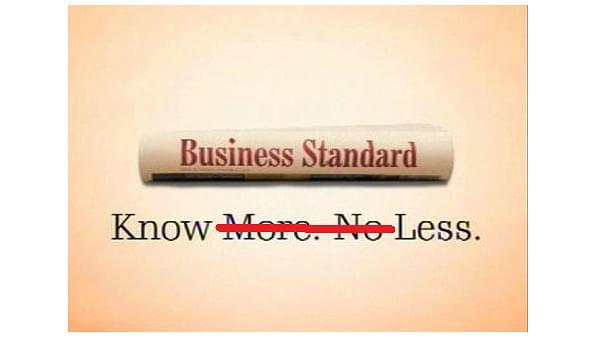 The greatest benefit of the internet has been democratization of information and views on the information. Thankfully, India is not in the same boat as China with respect to internet censorship. At least, not yet, even though certain recent developments don’t inspire confidence.

Important data and analyses, access to which was once dependent on how the applicant greased the babu‘s palm, are now by and large available to the farthest corner of the country equipped with internet connectivity.

Yet, how a senior op-ed writer of a credible daily like Business Standard could miss the most basic data a political analyst should know at the back of her hand is beyond one’s imagination. At the very least, when that basic data is relied on to make a critical point in the op-ed, it doesn’t require more than common sense to confirm the data from the official source to sustain one’s conclusion.

Writing on how “badly the Bharatiya Janata Party has lost the plot”, Aditi Phadnis undermined Modi’s victory in the Gujarat 2007 elections by asserting that even though Modi has won every election in Gujarat in the past 10 years, the BJP’s vote percentage in 2007 was 40 whereas Congress’s vote was 38.8 percent and Bahujan Samaj Party’s vote was 4%.

This calculation makes the difference between the BJP and the INC a mere 1.2% and, in numerical terms, a mere 2.62 lakh voters. The precursor to this data analysis by Phadnis is that the BJP has been assaulted so badly that it “hurts to laugh”. Modi is, as the op-ed title goes, one of the “lotus eaters of the BJP” because of which the BJP has been left in “dire straits”.

Except that the truth, as pointed out by Prasanna Vishwanathan on Twitter is that the BJP’s vote share was 49.12% and Congress’s vote share was 38.8%. This makes the difference between the two parties 10.32%. Moreover, the BSP’s vote-share was 2.6% rather than 4% which reduces BSP’s numerical votes by 3.06 lakh voters from Phadnis’s calculations.

A comprehensive statistical report on the 2007 Gujarat elections can be accessed on the Election Commission website here Page 13 of the document titled ‘Performance of Political Parties’ contains the percentage vote share.

This error comes on the heels of another recent gaffe on Gujarat’s growth data (in Business Standard again) which was rectified and highlighted by the ever alert social media.

So, what difference does a 9% rise in vote-share make? Firstly, it increases the difference between BJP and the number 2 party by a huge numerical margin. The actual difference is 24.30 lakh more voters who voted for the BJP, almost ten-times the difference that would have been if Phadnis’s figures were true.

Secondly, any party attaining a percentage vote-share close to 50% is considered almost invincible in our first-past-the-post voting system since it almost always ensures a safe majority. When the vote-share lingers around the 20-30% mark, as has often happened in the last two decades of coalition dharma, the outcome can be surprising.

In the 1984 Lok Sabha elections which happened after Indira Gandhi’s assassination, Congress’s vote share was 49.10% (incidentally, same as BJP in Gujarat 2007) winning a whopping 404 out of 514 seats.

A whopping 49.12% vote-share, therefore, gives a party a very comfortable majority in so far as seats are concerned apart from the affirmation that out of every 100 who voted, 49 voted for the party.

That said, 2012 is, without doubt, going to be a significant watershed for Modi’s political growth. From being more of a “fence-sitter” in 2007, Gujarat’s ex-chief minister Keshubhai Patel is now positioning himself as a formidable political rival and has joined ex-BJP minister Gordhan Zadaphia and another ex-CM Suresh Mehta.

To what extent the rival faction’s influence works on the electorate remains to be seen. 2012 presents Modi with a tall challenge and also an opportunity like never before.

And it is undeniable that the more Gujarat Chief Minister – and the State’s most visible brand ambassador – Narendra Modi promotes his state and his government’s achievements and the more his entitlement to the country’s top post is spoken of, the greater scrutiny he is, and should rightfully be, subject to.

Though possibly damaging for the BJP, Keshubhai and Zadaphia scrutinizing and challenging Modi’s record and Modi defending his record in front of the voters’ court can only be good for democracy. But when the basis of the scrutiny by op-ed writers like Phadnis is a serious factual error, the irresistible inference is that an obsessive focus on the conclusion precedes and, therefore, prejudices a columnist’s duty of responsible fact-checking.

A little bit of research is all that it takes. In the information age of today, factual errors are unpardonable. Unless, of course, the conclusion is guided by motives other than objectivity.