Is PSBB School Paying A Price For Being A Hindu Institution? 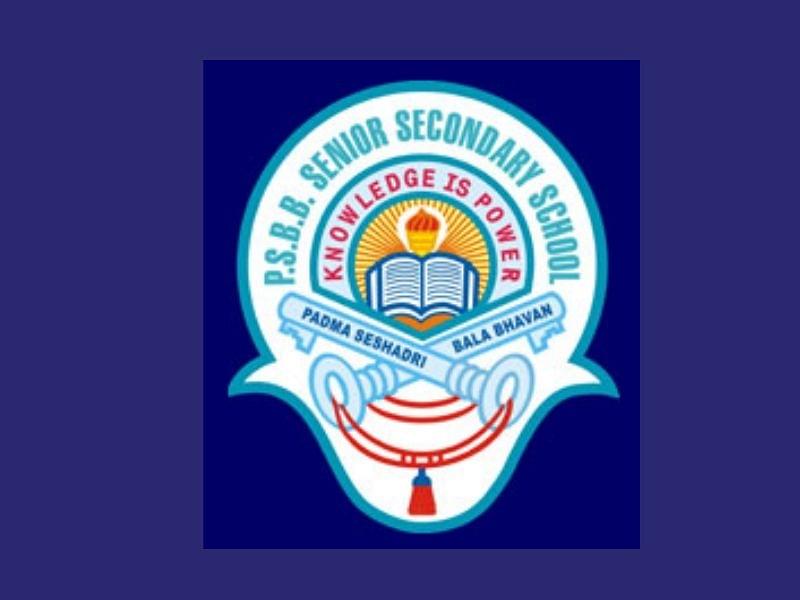 On Sunday, social media platforms, especially those sections dominated by folks from Tamil Nadu, were agog as allegations of sexually inappropriate behaviour emerged against a male teacher of Padma Seshadri Bala Bhavan School (PSBB) (KK Nagar branch), one of the most popular and successful educational institutions in Tamil Nadu.

The charges against the said teacher, G Rajagopalan, quickly became viral after a few other students (both past and present) shared similar tales of woe. Soon enough, the alumni association of the school put out a statement supporting the students, and demanded immediate action including Rajagopalan's suspension as a teacher of the school, pending an investigation.

On Monday morning, the school dean denied the allegations that the charges against Rajagopalan had been brought to the attention of the management in the past.

"However," the dean said, "we are taking suo motu notice of the allegations and will take all necessary steps to address the situation in a free, fair and transparent manner. The welfare of our students has always been and will be our top priority.”

And by evening, the school management actually placed Rajagopalan under suspension. By night, the city police arrested the errant teacher. Now, it is for the State government to decide on how to proceed against him.

From Sunday to Monday night, even as these events were unfolding at a speed that are mostly possible only in (Tamil director) Hari's movies, on social media platforms there was a major hue and cry against the PSBB School itself.

Why did the DMK biggies jump into the fray?

At one level, given the grave nature of allegations against the teacher, it was understandable that some fire was bound to get deflected onto the institution. The nature of outrage on social media platforms is closer to carpet-bombing than to precision shooting.

But soon enough when DMK biggies like Kanimozhi and Dayanidhi Maran waded into the matter with their tweets, doubts began to emerge whether the whole issue was being conveniently usurped to bring down PSBB, which has been long been an eye-sore for the Dravidian elements as it did not mind wearing its Hinduness on its metaphorical sleeve.

Kanimozhi tweeted: "Inquiry should be conducted and action must be taken against those who are involved including school authorities who failed to act against the complaints from students. I promise to take this to the concerned authorities.”

And what of Dayanidhi Maran? In a letter to Union Education Minister Ramesh Pokhriyal, he requested for an enquiry to be initiated against the conduct of the school management and trustees with regard to the issue and why suitable and immediate action was not taken the first time such a complaint was received by the management, as alleged by the students.

Seriously? The school has actually acted within 24 hours of the allegations emerging on social media platforms.

Okay, a couple of tweets from the students did say the management had not stepped in when the matter was reported to them previously. But it is not clear as to when this was actually done. And the management has actually refuted these specific charges. In any case, the matter is under the gaze of the State police and State education department, and the DMK is the ruling party in the State.

The State School Education Minister Anbil Mahesh Poyyamozhi, when asked about the allegations against the school that they had not looked into past complaints made by the students, specifically replied that the school has refuted these allegations. “However, if we find out that past complaints have been neglected, we will take action,” he added.

So why are Kanimozhi and Dayanidhi Maran showing such overzealousness in targeting the PSBB school?

Maran, Kanimozhi and the sexual misconduct case in Loyola college

In a matter of contrast, these two 'stalwarts' have not uttered a word when more serious charges of molestation and rape had been levelled against Vairamuthu --- a close confidant of M Karunandihi and poet laureate of the DMK --- by at least 7 women, including popular singer Chinmayi, on record.

Actually, Chinmayi had quote-replied to Kanimozhi's above tweet. And its operative portion reads: "I truly hope, ma'am, you will do the needful regarding my and 16 other women’s harassment allegations on Mr Vairamuthu."

And Kanimozhi's response? An undignified silence, so far.

Maran and Kanimozhi again did not say a word when bigger charges of sexual harassment were levelled by a senior faculty member of Loyola College against a Jesuit Father. It was revealed in the court that the college administration stopped her from taking the charges to the police. And Tamil Nadu State Commission for Women directed Loyola College to pay Rs 64.3 lakh to the victim in that sexual harassment case.

Maran, in fact, is a former student of the college. His conscience, for some strange reason, did not trigger him to write any letter to anyone then.
Asking such questions to Kanimozhi and Maran should not be brushed aside as whataboutery. These queries are germane to the narrative being specifically built against PSBB.

Similar tales from other schools, too

Actually, after the charges against Rajagopalan emerged, social media platforms have been awash with similar stories against different teachers in different schools in Chennai. But none of those tales of moral depravement by teachers has triggered any kind of backlash from the sections that are vociferously vocal against PSBB.

On the other hand, old videos of actor Y Gee Mahendran, who is one of the trustees of the school, where he responds with silly laughs and utterances to actress Sowcar Janaki's tasteless and insensitive put-down of the me-too movement, have emerged from the woodworks, as a concerted spin is put to the matter to build an narrative against PSBB.

Mahendran, who is also the son of the school's founder Mrs YG Parthasarathy, is no way connected to the day-to-day running of the school. In any case, his video is not directly relevant to this incident. Yet, it is being flogged as some kind of crucial evidence in the matter.

It is more than obvious that the whole issue is being used as a handy stick to beat the PSBB with.

But why? There is no other way to dice this: The DMK and the Dravidian sections, as we stated earlier, have no love lost for the stature of PSBB School as a pre-eminent educational institution in Tamil Nadu. As a school, PSBB has not shied away from being unapologetically Hindu. Such an approach never goes down well in Tamil Nadu. The glee with which Maran and Kanimozhi have jumped into the issue should gives their game away.

The PSBB administration has also been accused of being casteist (Brahminical). Those levelling the charge include a bunch of its former students.

But why is it called Brahminical? Well, a bulk of its teachers are Brahmins. The hard reality is most schools and colleges in India tend to have faculty that are from the same caste/religion of the founding group/family.

Another allegation is the school forbids students from bringing non-vegetarian food to the premises. It is not clear whether any actual rule has been laid to this effect. In any case, it is not uncommon for Catholic institutions to ban meat during lent period or Muslim institutions to keep out pork stuff. But somehow only PSBB's reported insistence on food is a problem.

The school's regular salutation is Gurubhyo Namaha. This is again seen as a reflection of its casteist ethos. Sure enough, it is a Hindu greeting. But is it really casteist? Think it over.

It can be no one's case that PSBB is without blemish. As with any school or college in India, it has its shortcomings. Its founding family can come across as being snooty. Its administrators can be haughty.

But, as you can see, the allegations of casteism against PSBB, as an institution, are clearly built on ill-conceived assumptions and flimsy innuendoes. (Rajagopalan's name in some social media posts has felicitously become Rajagopalachari. That is how vilification by insinuation works in Tamil Nadu.)

And these motivated stories are now sought to be peddled as 'hard facts' by the very many vested interests at play. And on social media platforms, where nuance and discernment go to die, they transmogrify into irrefutable history.

Lest this is seen as some kind of backhanded support to Rajagopalan, let us make it clear: The man deserves to face the law for what he has been alleged to have done. If, as is being suggested, he had been part of the committee to look into sexual harassment complaints in that school, his alleged offences become even more sinister. It also reflects poorly on the judgement of the school management to put such a man in such a panel.

But these issues, that doubtless deserve our attention, should also not blind us to the fact there is a powerful group plotting and waiting for the PSBB institution to fall. And their intentions seem to be dubious and unholy.