Modi: Turning Bleaters in to Beaters 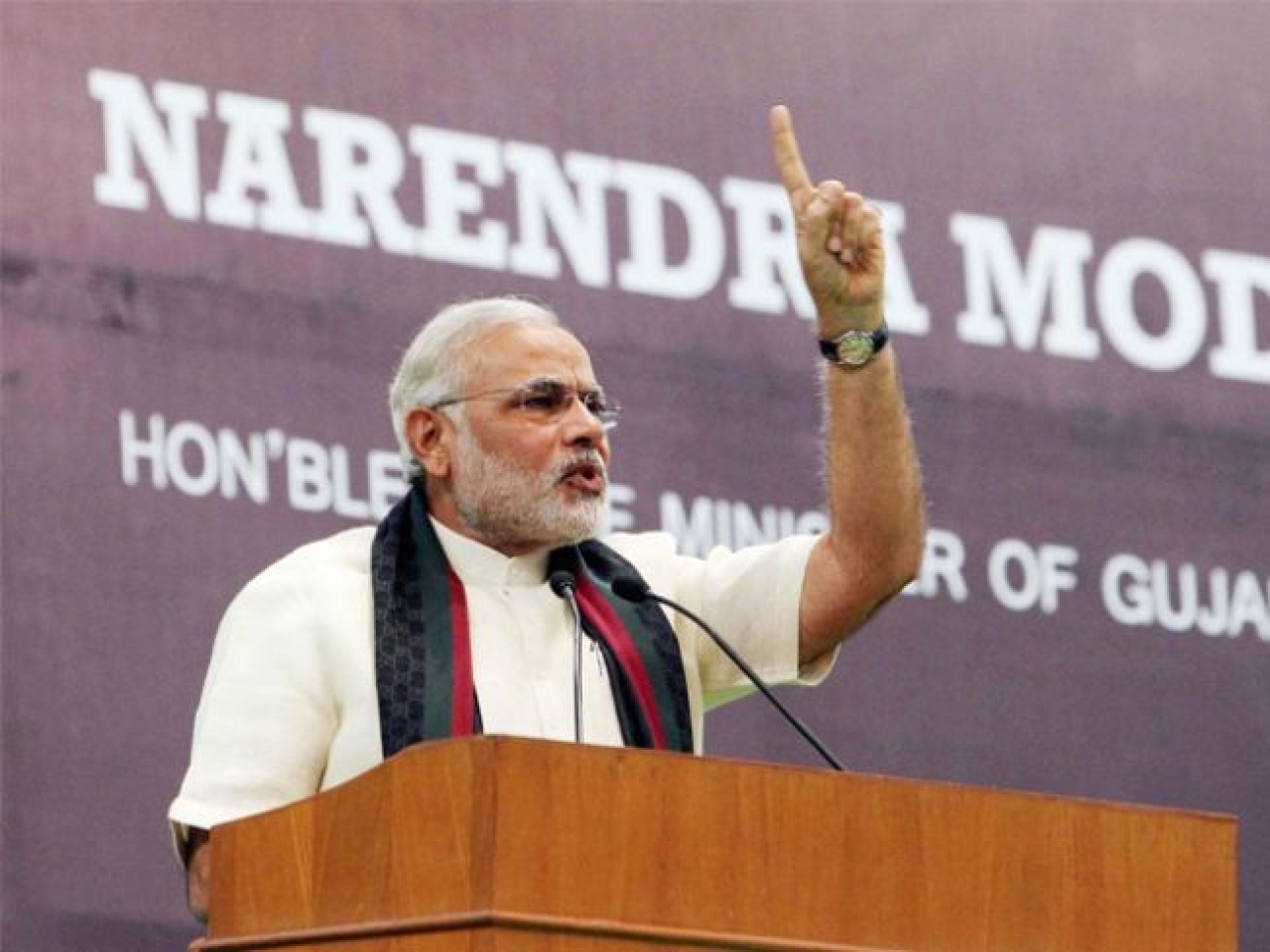 “India has decided to uproot Congress,” thundered Narendra Modi at the recently concluded National Council Meeting of the Bharatiya Janata Party. And when he added — to rapturous applause of BJP workers who had jam packed Talkatora Stadium to listen to him — that “sweat and hard work of BJP Karyakartas will ensure that this happens,” he re-ignited the flame that had forgotten itself and breathed life back into BJP’s drooping Lotus.

In that incandescent moment, Narendra Modi tuned bleaters into beaters. In that power moment, many of the millions of Indians glued to the TV were transformed from despondent doubters to enthusiastic believers. In that electric moment, BJP’s baton finally went into the hand it had been gasping for.

Lal Krishna Advani, a veteran of 85 summers, epitomises almost everything that went right and then wrong with the BJP. While he can rightly claim credit for turning a once two-MP party into a party of beaters, he equally is responsible for turning it into a flock of bleaters, particularly after the BJP lost power in 2004.

What has been the constant wail of Advani and his key advisors/acolytes? The one thing that has troubled them – continues to – most is “political untouchability”, ostensibly due to BJP’s communal agenda, as defined by the party’s irreconcilable political foes, led by the Congress party which preaches secularism but practices nothing but naked communalism.

Advani, as he himself admitted during his valedictory address at the council meeting, suffers from a deep-rooted inferiority complex, one manifestation of which is his self-perceived lack of eloquence compared to Atal Bihari Vajpayee and even Sushma Swaraj. Add to it the fact that none of those he picked to give direction to the party after its defeat have either a popular base anywhere or a record of governance to speak about, and you know why BJP looks like a warship stranded in the high seas, sails torn, engines seized, oars broken, rudder gone, GPS knocked out.

When you constantly bemoan political untouchability and, to get rid of it, crave quick-fix political and not popular acceptance, you not only lose direction and purpose, but also the vigour necessary to beat your political opponents where you are meant to: at the hustings. Your readiness to bed anyone — no matter what the compromise – as strategy to snatch power, conveys to the voter and worker alike that this leaderless, rudderless, self-serving party is no different from the one it seeks to unseat, why take a risk?

When you speak to your party workers and leaders, you are expected to connect to them, convince them that victory is going to be theirs, and motivate them with a few big ideas and slogans that catch, if not fire, their imagination.

But if you heard Advani speak on March 03, 2013, minus shots of the audience, you would never have known who his target group was. There was nothing to differentiate the speech from an op-ed in a newspaper or a blog post for an entirely different, remote audience. There was not one word in there to enthuse the cadre he was addressing.

You don’t tell your workers, as Advani did, that the only hope for the party is in seeking more and more alliance partners – NDA Plus. This is tantamount to an admission by the leader that he has no idea or plan — perhaps even desire — to deepen and increase the footprint of the party and make it win on its own. No better way to promise defeat and demoralise everyone. Copy-pasting old templates that have little relevance in the present is a sure way of ensuring that your party has no future.

You can also not enthuse your party workers by telling them to rubbish the Congress – in whose bed some top party leaders are widely perceived to be in — while maintaining strict Omerta about the principal threat, the Sonia Gandhi family. On top of that if you tell them to praise the performance of BJP’s state governments, but go to the people and ask for votes for an unnamed PM, or for a leader who has contributed nothing to that fine record and has no base of his own, you can be sure no one is going to do so with any conviction, if at all.

And if the only innovative idea you have is a Xerox of the one that the Congress party has been flogging to death, one whose ever widening range and scope is disturbingly divisive and worse, then you should not be surprised if you are roundly rejected by voters again.

Fortunately, this time Advani’s word was not the last. He knew it too, even as he spoke, without conviction, without applause.No one went to Talkatora Stadium to listen to the same speeches, the same ideas, the same leaders who cannot win more than their own seat and have not figured out in years how to win one more for the party. They went there to listen to the man they believed had the torch to light their way to the destination they had lost hope of ever reaching.

Narendra Modi was acutely aware of and alive to their — and the nation’s — pent up frustrations and high expectations. He realised that they needed to be made to believe that victory was going to be theirs. He knew he had to show them the bull’s eye, and also how to shoot at it.

Yet, no one was prepared for the vehemence with which he went for the holy jugular of the ‘Termite’ party – the Nehru-Gandhi Family. The impact was immediate. It was as if a door had been opened to the forbidden fortress, without taking which victory is not possible. No more potting around this side of the moat, hoping that the fortress will fall on its own; no more letting the defenders within fearlessly fire all weapons and keep you helplessly pinned down.

To convince them that the fortress was ready to be stormed, Modi also identified a few weak spots in its walls as well as weapons in his and BJP’s impressive, proven armoury: mission vs. commission; aspiration vs. despondency; participatory governance vs. rule by 5-star NAC activists; great CMs vs. ordinary puppets; surajya vs. destructive dynastic rajya.

Not once did Modi tell his workers — and voters listening with rapt attention — that they were not good enough to beat Congress, that he had more faith than them in workers and leaders of other political parties whose support he was desperate for, that the BJP was in no position to form a government that would not be as hobbled as the Congress-led government is due to difficult, unprincipled allies.

If you tell your troops all this before you launch them into battle, they won’t fight for you. If you tell voters fed up of weak, corrupt coalition governments that you can offer no better, they won’t vote for you. This is something that BJP had, mysteriously, forgotten.