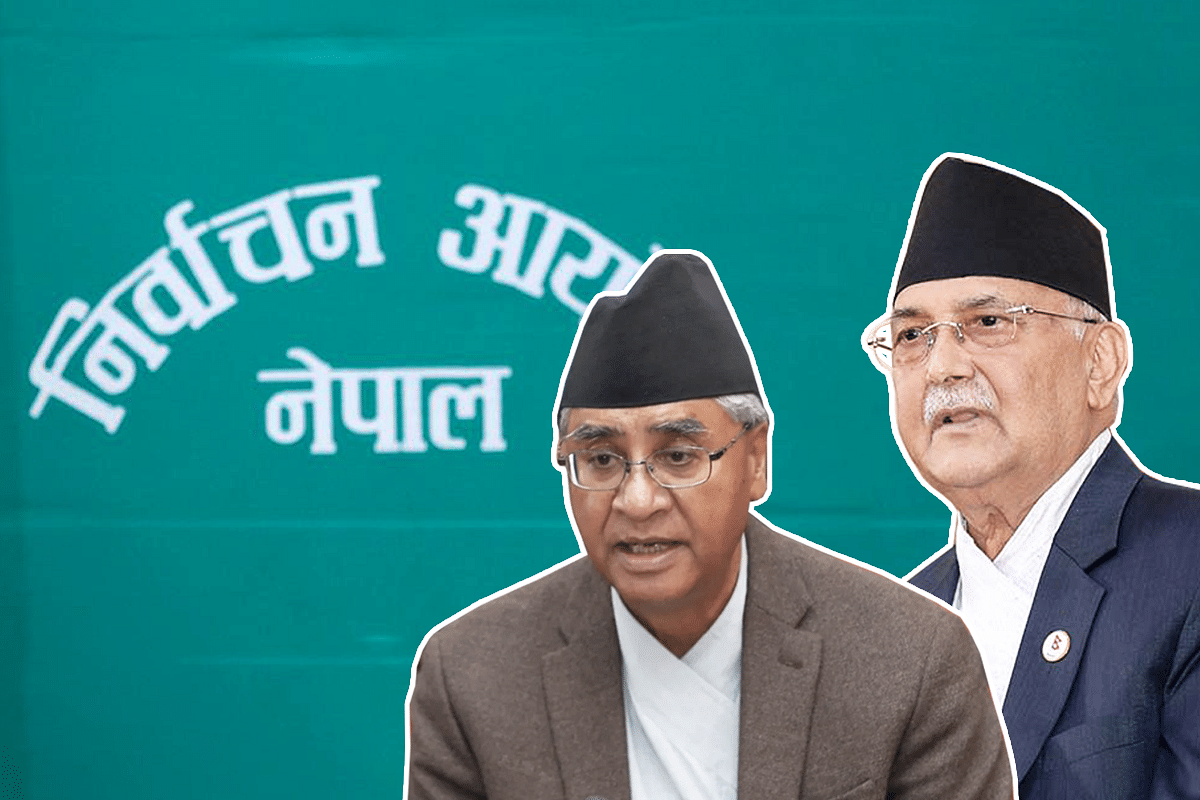 Nepal is pinning a lot of hopes on a clear outcome of its parliamentary polls slated for Sunday (20 November).

The Himalayan country, which has been plagued by political turmoil triggered by its fractious politics over the past five years, clearly needs a stable government.

But that may prove to be illusory because of widespread disenchantment among the electorate with the major political parties and, once again, fierce jostling for the top post (of the Prime Minister) that will break out after the elections.

According to political analysts and commentators, a large section of the voters are disillusioned with the major political parties because of their (the parties’) failure to provide good and stable governance and to address the core issues of a failing economy, rising unemployment and inflation and widespread corruption in the country.

This disillusionment is likely to lead to a significant section of the electorate voting for smaller and new parties. In which case no party may be able to cross the majority mark on its own.

Of the 275 seats in the Pratinidhi Sabha, which is the lower House of Nepal’s Parliament, direct elections will be held for 165 seats while the remaining 110 seats will be filled through the proportional representation system.

Political analysts point out that the disillusionment among voters, especially the urban voters, with major political parties was evident in the last mayoral elections in May this year.

Recent projections by a few renowned media outlets indicate that Independent candidates and those belonging to new political parties like Rashtriya Swatantra Party can cause upsets in some parliamentary and provincial seats.

Why Voters Are Disillusioned

Nepal has been plagued by political instability and the resultant governance paralysis for the past few years.

Though the Nepal Communist Party (NCP) won a majority of the seats in the last parliamentary polls in 2017, fierce power-play between prime minister Khadga Prasad Sharma Oli and Pushpa Kamal Daha (better known as ‘Prachanda’, his nom de guerre when he was leading the Maoist insurgency in the country) led to prolonged political volatility.

The CPN(UML) also suffered a fracture with some leaders breaking away and forming the Communist Party of Nepal (Unified Socialist) (CPN-US).

The CPN(MC) and CPN(US) extended support to the Nepali Congress (NC) to form the government in July last year. But the ruling alliance has also been beset by power struggles between the coalition parties.

Prime Minister Sher Bahadur Deuba (of the NC) faces formidable challenges from his own party colleagues who would like to see him go.

Apart from the selfish jostling for power among the leaders of the major political parties, none of these parties — the CPN(UML), the NC, the CPN(MC) and the CPN(US) — have been able to provide good governance despite being in power for the past five years.

While Oli failed to provide competent leadership during the pandemic, when he was the prime minister (from February 2018 to July 2021), Sher Bahadur Deuba (the incumbent Prime Minister) was found wanting in steering the country out of its pandemic-induced ills over the past one and half years.

All the parties, especially the communist parties, have frittered away their mandates and their leaders have put their own selfish interests above those of the nation. As a result, poverty has become more acute, the economy has declined and unemployment has risen.

“People of Nepal are fed up with the leaders of the major parties. These leaders have lost the trust of the masses. There is acute disenchantment and no leader of any major political party is an inspiring figure,” said former chief election commissioner of Nepal, Ayodhi Prasad Yadav.

While pre-poll surveys and opinion polls are banned in Nepal, projections by multiple bodies indicate that the Nepali Congress is likely to emerge as the largest political party.

The CPN(UML) will emerge as the second largest party, but its tally is likely to be much less than that of the Nepali Congress. And the CPN(MC) will become the third-largest party.

Here are some of the major poll forecasts:

But even if the ruling alliance (the NC, NCP-MC, NCP-US, the Janata Samajbadi Party and the Rashtriya Janamorcha) gets a simple majority in the Pratinidhi Sabha, the alliance may not be able to provide a stable government.

That’s because while the NC will not give up the Prime Minister’s post, the CPN(MC) chair Pushpa Kamal Dahal wants to occupy the top post.

After the NC announced recently that Deuba will head the new government after the polls, Dahal and the CPN(US) as well as the Janata Samajbadi Party (JSP) objected to the NC’s unilateral declaration.

Dahal has already said that he deserves to become the prime minister in case the ruling alliance wins a majority and forms the government.

Dahal has issued an oblique warning that turning down his claims to the PM’s post would be unwise for the NC. He said that the NC leadership should learn a lesson from Oli’s fall after Oli also turned down Dahal’s claim for the top post.

Nepal’s Complicated System May Preclude Any Party Winning A Majority

Former chief election commissioner Ayodhi Prasad Yadav says that given the country’s mixed electoral system of direct and proportional representation, any party winning a majority is quite unlikely.

Disenchantment with major political parties will motivate a significant section of the electorate to support the smaller parties like the Rashtriya Swatantra Party, the Hamro Nepal Party, and the Rastriya Prajatantra Party, especially in the urban areas.

This will result in such parties getting 3 percent or more of the total valid PR votes cast nationwide, thus helping them attain ‘national party’ status.

That means a decrease in the number of PR seats for bigger parties since they will have to share the same pie (110 PR seats) with the smaller parties, explained another former chief election commissioner Bhojraj Pokharel.

A party has to win at least one First-Past-The-Post (FPTP) seat and 3 per cent of the total valid PR votes cast nationwide to earn the national party status, as per the Political Parties Act, 2017.

However, any party securing a minimum 3 percent PR votes becomes eligible for PR seats even if it does not win any FPTP seat.

The Election Commission uses the Sainte-Lague formula to decide the seats under the PR system. As per the formula, each party’s votes are divided by a sequence of odd numbers (1, 3, 5, 7, 9, 11 and so on) until enough quotients are found to allocate all 110 seats of the House.

Top leaders of all major political parties have skirted the major issues of price rise, economic distress, rising poverty and unemployment, and poor governance and corruption. Instead, they have devoted most of their speeches to attacking their rivals.

Oli adopted a strident nationalist stance by vowing to take back all of Nepal’s territories (Lipulekh, Limpiyadhura and Kalapani) that he alleges are under India’s forcible occupation. He has claimed credit for changing Nepal’s map to include these territories in the new map.

But his rivals — NC’s Sher Bahadur Deuba, CPN(MC) chair Dahal and CPN(US) chair Madhav Kumar Nepal — have mocked and attacked Oli, accusing him of causing political instability and being too ambitious.

Political analysts say that this fractious and ugly poll campaign by leaders of major political parties has put off many voters and pushed them towards the new and/or smaller parties.

This, they say, will get reflected in the poll outcome with a clear majority eluding any party. And even though the broad consensus is that the present ruling alliance will be able to cobble together a simple majority, it will not be able to provide a stable government due to competing ambitions and power plays between leaders of the constituent parties.

This bodes ill for Nepal which is struggling under mounting debt and is desperately in need for a stable government under a competent leadership.