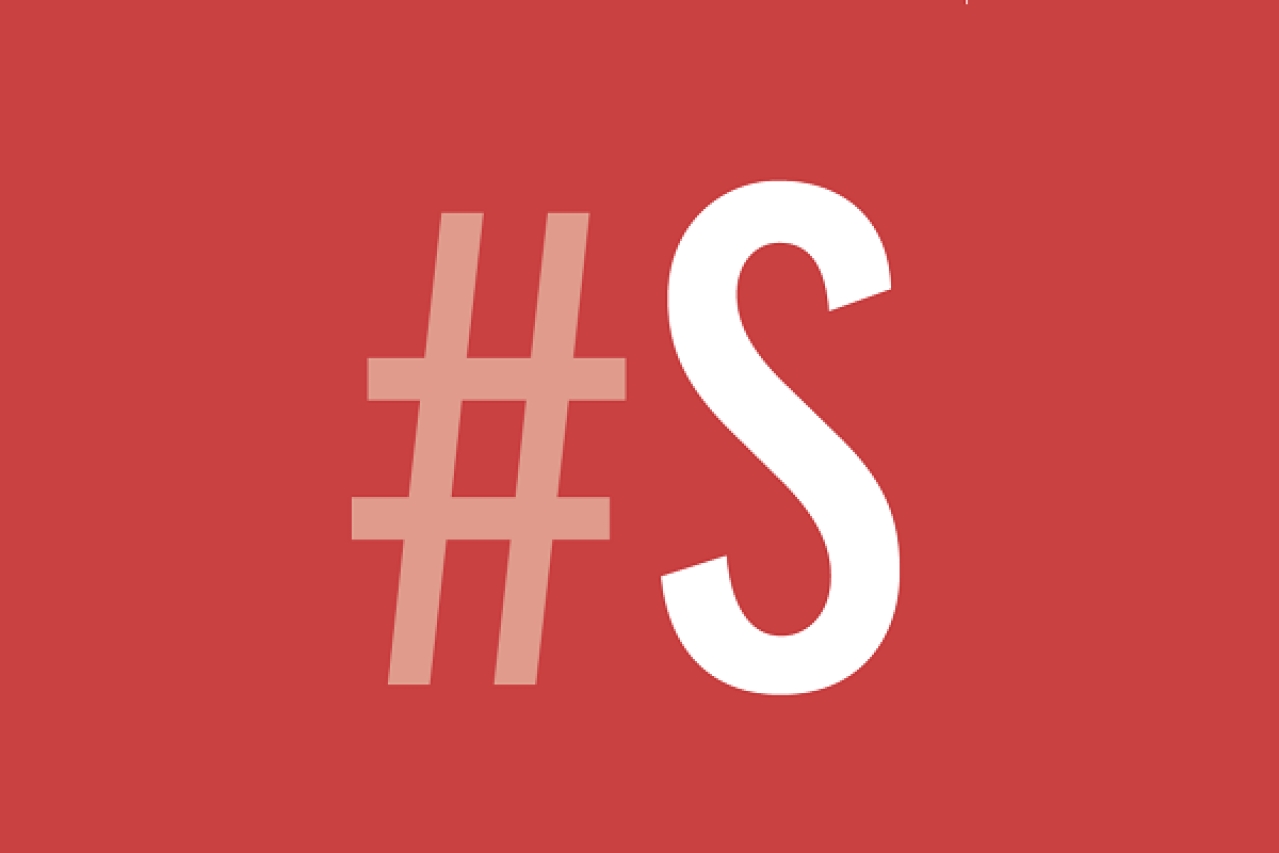 One of the enduring activities of Op-Ed writers over the last few years, concurrent with Narendra Modi’s rise on the national stage, has been to slot him in some sort of an easily identifiable prism.

And what could be easier than to try to explain Modi in terms of similarities to a known political figure, of the present or the past. Once Modi could be explained as the new Mr. X or the Indian equivalent of Mr. Y, it would be easy to explain his actions, his philosophy, his likely trajectory and his future policies. It is not that these comparisons are entirely without purpose.

As Samuel Huntington once explained, it is the job of a political scientist (or a commentator) to explain complex phenomenon in simple terms. Narendra Modi on the national political scene is a complex new phenomenon. Referencing him with someone from the past, one we have known and read about, would simplify Modi for the present.

Before the elections, therefore, Modi became Erdogan to some while Barry Goldwater to others. Some saw him as Putin; others saw him as Shinzo Abe. For a wide variety of economists, Modi was either definitely Thatcher or definitely Reagan. After Modi’s first Independence Day speech, he has been anointed the new Charles de Gaulle by one prominent public intellectual while another well known author has seen flashes of Lee Kuan Yaw in Modi. Some other commentators have likened his speech to India’s first post colonial moment.

Most of these comparisons offer some insight into the man and yet none fully explain him and that is why as new realities become apparent, a new comparison is offered. Part of the reason is that barring a very few, no commentator has had real access to Modi and therefore their inferences are necessarily drawn not so much by knowing Modi the person but by basing the inferences from public actions of Modi over the years. But is there any one public speech of Modi, any one public expounding of his philosophy, any one policy action, which may give a peek into the real Modi, more than any other?

To me, the most important and the most definitive public speech, from the perspective of understanding the real Modi, is his address at the Hindustan Times (HT) 2007 summit. This speech was before the 2007 Gujarat elections, much before the 2009 national elections and way before the 2014 elections. Social media had still not become a force in India and while some people did talk even then of a possibility of a Prime Minister Modi one day, it was certainly not in any near horizon.

This is the speech which gives a vital insight into how Modi approaches development, how he intends to build public participation in the process of development and who he tries to emulate into building that public participation. The most important part of the speech is between 8:00 and 13:00 minute mark of THIS video. There are other portions of the speech too, as also during the question-answer session, when Modi makes similar references, most notably between 13:55 to 14:40, 19:55 to 20:50 and 34:30 to 36:30 minute mark.

While this may sound outlandish, I argue that more than any other personality, it is Mahatma Gandhi that Modi may most resemble in his national role. Not Gandhi the pacifier, but Gandhi the nation transforming historical person. When Gandhi arrived in India almost 100 years ago, he faced a unique set of circumstances. The freedom movement had produced great stalwarts and yet it was a phenomenon more of the elite urban class, dominated by lawyers, than an all India movement. The political conversation of the freedom movement, barring exceptions like Tilak, was mostly about high end constitutional schemes and laws. Gandhi, when he arrived in 1915 and despite his successful reputation in South Africa, was more of a misfit in the milieu.

While Congress leaders at the national stage were making  “big bang policy” demands like home rule, Gandhi engaged himself in the more mundane task of first educating himself about India and then when he did, he picked Champaran agrarian distress as his first major political initiative rather than talk about dominion status and constitutional laws. Within the next few years, Gandhi, a rank outsider, with no pedigree and not even a lawyer in the same league as some of the other stalwarts, became the undisputed leader of the Indian freedom movement. What did Gandhi do to affect this dramatic take over?

As Modi argues in his HT summit address, Gandhi transformed a till then abstruse idea of freedom into a national movement in which every individual felt like a freedom fighter. Unlike his other compatriots, Gandhi was not necessarily a policies man – except for his one grand idea of freedom through satyagrah – but more a program person, be it the non cooperation movement against Rowlatt act or the civil disobedience movement against salt tax.

It was this identification with causes that affected the common, and yet fit into the grander narrative of freedom seeking, that converted an abstruse concept of freedom into a mass movement. The greatest success of Gandhi was that he emotionally invested the people in the cause of freedom.

But Gandhi was much more than this. His years in public life in India were spent not only in just fighting the British but in a national regeneration. A country divided and ruled by foreign powers for centuries had lost its national confidence. Gandhi, to the vast masses, was a man who dressed like them, spoke like them, talked in the same idioms like them, was proud of his religion just like them and yet could stand up to the greatest empire in history of mankind merely on his strength of moral courage. Within a generation, Gandhi reversed centuries of social fragmentation and moral sapping of India.

Quite fortuitously, Modi at the national stage, 100 years apart, faces a similar set of circumstances. He too is an outsider to a system which was nominally focused on a national mission (this time development) but which had still not become a national movement. Modi too has been successful in a smaller play arena and Modi too has his skeptics who doubt his ability to deliver at a national stage. Modi, just like Gandhi, does not speak the language of the elites of the present system but is a wizard when it comes to communicating with the masses in their language and their idiom.

Modi too is not necessarily a policies man but more a projects man. For example, he is not one to articulate that banking should be privatized but a man who wants a bank account in every house. But how does the state manage this when it is resource constrained? By inviting private players! The end result is same but the way the issue is approached is the essential difference between men who are good policy experts and those who build national movements.

But there is something else. Uday Mahurkar of India Today, in his book “Centrestage – Inside the Narendra Modi Model of Governance”, narrates a very interesting anecdote from early years of Modi as CM of Gujarat. The state government was on a drive to collect penalties from defaulters of electricity board and those who used unauthorized connections. Local state bodies elections were about to be held and some panicked BJP MLAs pleaded with Modi to at least suspended the drive, if not cancel it, lest they may lose some crucial votes. A politician is at his most vulnerable just before an election. It would not have been tectonic had Modi postponed the drive by a few weeks. But he did not.

He wanted to drive a culture of payment for public services consumed – a culture that would survive the electoral cycle. How did Modi achieve this? By emotionally investing the people of Gujarat into the development paradigm. “Gujarati Asmita”, and the pride it generated, subsumed all short term differences. It is this playbook that he has brought at the national stage too. Not surprisingly, his first big projects are bank accounts and sanitation for all. The emotional bondage that this will build, that development delivers, is what will allow Modi the space to forever change the national discourse from identity politics to development politics.

In his Independence Day speech, Modi admonished the culture where tolerates the shameful episodes of female infanticide and which leads to skewed gender ratio. One state where this problem is most acute is Haryana. Haryana is going to elections within the next few weeks and BJP hopes to win this election. Yet, this did not deter Modi from looking into the eye and telling the people that they are wrong. There was no pandering to the medieval thought process of the Khaps, just to secure some votes. Modi can do that because Modi, quite like Gandhi, speaks like an insider who has acquired the legitimacy to dwell on reforming society and not just be merely content with reforming the economy.

In the Independence Day speech, Modi asked a very pertinent question – if a previous generation of Indians could come together and overthrow the greatest empire in mankind history, why can’t this generation achieve something similarly grand? At least in ambition and scale of the nation building project, if Modi resembles any one the most it is Gandhi. His aim is to be the preeminent political personality of 21st century India, just as Gandhi was of 20th century. Then we got political freedom. This time we will have civilizational resurgence.

Get Swarajya in your inbox everyday. Subscribe here.
Tags:
31 Shares