The Curious Case of Javed Akhtar 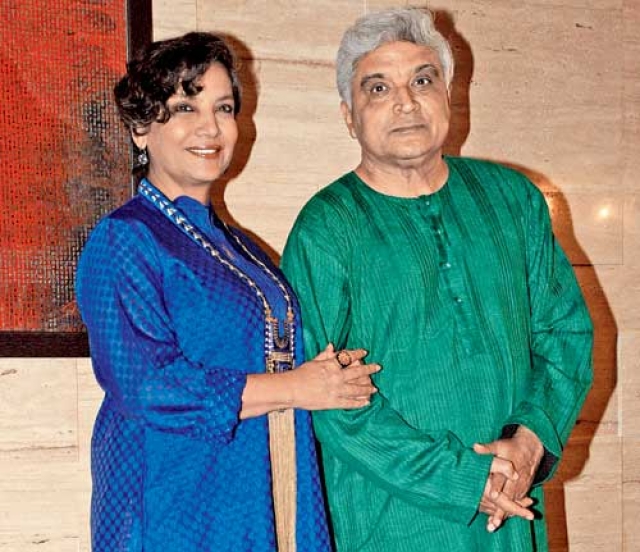 It is normal for writers and poets alike to deck their expressions in hyperbole but even the most fanciful know the difference between rhetorical exaggerations as a figure of speech and the need to maintain a matter of fact realism while speaking in public. But Javed Akhtar by equating Gujarat 2002 to holocaust in a TV programme has once again proved that he is not your usual poet.

As a man of letters, it is impossible to believe that Akhtar isn’t aware of the horrors at Auswitz or Sobibor to compare them with rioting in Gujarat; horrendous though it was. Akhtar, if he had introspected beyond his prejudices, would have realised that if at all there was a parallel between Gujarat 2002 and the Jew Holocaust, it was the burning of Sabarmati Express at Godhra. Coach loads of people- children and women included- were burnt to death by a cold blooded mob of thousands for no provocation other than the confirmation of their being Hindus; just as Jews were fair game for Nazis by virtue of their religion. Whatever happened thereafter was tragic and unjustifiable but it still had a precursor in Godhra train burning to which people less equable fell prey. People died on both sides of the religious divide, Muslims more than Hindus.

For someone like Akhtar who claims to be an atheist the pain felt over Gujarat 2002 should have been a feeling alike for both Muslim and Hindu victims. That Akhtar and his ilk speak of Gujarat 2002 in exclusive Muslim victimhood terms does no good to their secular, humanist proclamations. In fact, as a litterateur who is better read than average and intelligent enough to introspect, he should have gone further to reflect upon the causes of frequent Hindu Muslim riots. Gujarat 2002 could have served as a kernel for its contemporaneity. If Akhtar ever contemplated something like “Why, how and what could convulse a crowd of thousands into a monstrous frenzy that set them out to burn a train load of people”, he hasn’t let us know.

To be fair to Akhtar he has spoken out against Muslim fundamentalism too even if not as vocally as one would have expected. If he has criticised the hounding of Hussain, he has also condemned the attackers of Taslima Nasreen. In his spat with Kancha Ilaiah at Jaipur litfest he held all religions responsible for the inequality against women and weaker sections. His endeavour – Muslims for Secular Democracy attempts to change the Muslim mindset towards Uniform Civil Code, Triple Talaq and Haj subsidies. In the aftermath of 1993 Mumbai blasts Akhtar collected some ten thousand signatures from Muslims to denounce the attacks in the harshest terms.

But the problem afflicting Akhtar, as so many others of his ilk, is an obsession to seek parity between Muslim fundamentalism and Hindu fundamentalism. If he has to criticize Owaisi it will not be without bringing in a Togadia or a Singhal. The fixation with this prevarication makes Akhtar oblivious to the degrees and extent of two fundamentalisms, if ever the latter exists.

In fact the cerebral fertility of a poet in Akhtar takes over the rationalist in him to fantasise exaggerations as truths on some occasions and see ghosts where none exist on others. Nothing else can explain his outrageousness in equating Gujarat 2002 with holocaust. To Akhtar’s preposterous mind Gujarat 2002 where rioting took place on both sides is a genocide but the complete ethnic cleansing of Kashmiri Pandits from valley doesn’t qualify as such.  It is important to note that the grand sounding Citizens for Justice and Peace, of which Javed Akhtar is an important member, as an initiative devoted to fighting the cause of genocide victims, has not bothered itself with the one and only undeniable case of genocide in India – that of Kashmiri Pandits.

Akhtar is too clever not to know the ramifications of bracketing Bajrang Dal with SIMI or VHP with Taliban. Bajrang Dal meets in the open. It has no sleeper cells. It doesn’t plan serial bombings. For all the relentless whipping it invites, there hasn’t been a single case of arms recovery from any of the Bajrang Dal cadre or offices. Similarly VHP doesn’t exhort its cadres to become suicide bombers, bump off girls wanting to attend school, prescribe a dress code or above all seek Power through Kalashnikovs. Neither Bajrang Dal nor VHP have ever advocated second grade citizenry for minorities. In fact whatever Bajrang Dal and VHP have been accused of would be charges which can easily be levelled against all mainstream political parties in India in varying degrees. Akhtar is intelligent enough to know that it can only provide comfort, if not encouragement, to a killer if his crime was to be equated to a traffic violation.

So what does Akhtar stand for? Why doesn’t the humanist in him take up the cause of Kashmiri Pandits? Why doesn’t the progressive Akhtar denounce Jihad and Jihadis without hyphenating them with “Hindu fundamentalists”?  Why doesn’t Akhtar accept the findings of SIT which have exonerated Modi of any wrongdoing in 2002? Why does he stick with discredited Teesta in an effort which is no more than a witch hunt?

I believe that however far atheism and progressivism might have taken Akhtar, his Ashraf pride stops him from conceding that irrationality in Islam has proved more detrimental to humanity than other religions.

From all I gather, Akhtar was at Aligarh for only two or three years at an age which isn’t really impressionable. But he had the Aligarh ambiance all around him. His parents, as also many of his close relatives, were AMU alumni. Aligarh is a life changing experience. It is a den which people might escape with anything but an attitude of Muslim supremacy. I don’t know how much of it got rubbed on him but seeing Akhtar espouse exclusive Muslim causes, deny facts clear as daylight and indulge in crass hyperboles to demonise people and groups selectively, one knows he is on slippery ground. It is obvious that for Akhtar, caught in a quandary between personal belief and community pride, God is dispensable but qaum is not, the vexation posed by Islam is but a wider malaise called religion and Muslim fundamentalism is just a fraction of the whole.  Nuances and details, if brought to attention, are inconsequential.

Though I do not imagine Akhtar anywhere near even in my wildest imagination, when atheism and progressivism are flashed as sine qua non, I am somehow reminded of two people in Indian history- Muhammad Ali Jinnah and Hussain Shaheed Suhrawardy. For most part of life one was a secular par excellence and the other a celebrated Left liberal. But history remembers both of them as butchers of Hindus in the sub continent.