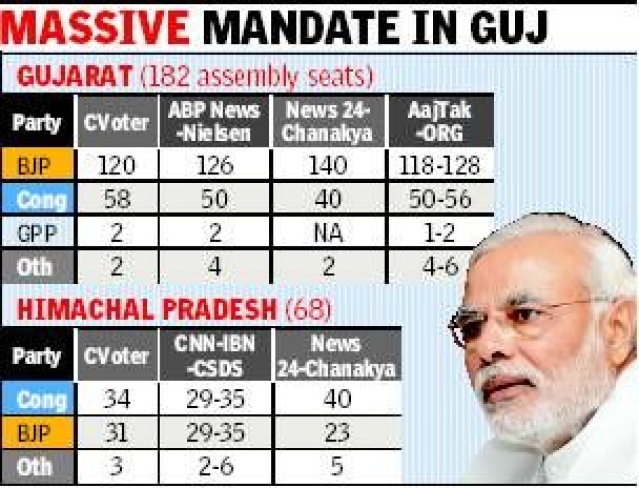 Predicting electoral outcomes in India is almost an occult science that involves a lot of mysteries like imagined caste-vote tilts and representative sample sizes that try to fathom voter perceptions regarding government’s performance et al. For a nation of 1.2 billion people with a million castes/religions/languages/ethnic groups, even after 65 years of independence, we are totally clueless about the percentage of population of different subgroups. In fact, for more than 50 years all electoral pundits have been quoting lefty-CSDS percentages for all sorts of population based permutations and combinations. What is even more heart-breaking is that most of the CSDS-type data is based on weighted representations of sample-sizes as low as interviewing 700 people in a state!

Although this author has succeeded in collating some polling booth level data in some states, that database has a lot of gaps and is by no means exhaustive. In any case, another stumbling block for such a polling-booth level database is the fact that it is available only from the EVM era of 2004 onwards as there was no practical way of maintaining such a database in the paper-ballot era.

The upcoming Gujarat election is the first opportunity for us at ECRI to try and plug some of these gaps in the electoral data by collating and superimposing different databases from different sources. This is our humble effort to analyse opinion polls and past electoral data on one single platform to get a better understanding of Indian electoral calculus and eventually produce better predictive models.

Albatrossinfo’s analysis on Gujarat election made a seminal contribution- developing new predictive modelling framework for calling Indian election. This is closest that we CAN get to Nate Silver style psephology in USA. Just Brilliant. Read it here