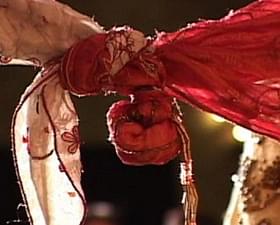 The Marriage Laws (Amendment) Bill (MLAB) being discussed in the Rajya Sabha presently is bound to increase domestic strife after the latest clause that has been added to it. Under pressure from women’s organisations, the Government of India (GoI) has added an amendment that seeks to give the wife 50% of the husband’s assets before marriage as well as protect her right to alimony. The MLAB, which has been under consideration since 2010, seeks to introduce amendments to the Special Marriage Act (1954) and the Hindu Marriage Act (1955). Under the bill, the six-month cooling off period in divorce proceedings shall also be waived if the application is moved by both parties. The law further seeks to make “irretrievable breakdown of marriage” a new ground for divorce, making divorce easier. According to the proposed amendments, while a wife can oppose a husband’s plea for a divorce under the new “irretrievable breakdown of marriage” clause, the husband will have no right to oppose if the wife moves the court on the same grounds. The obtuseness of some of the changes being sought, particularly the pecuniary amendment, is simply astronomical and only adds to the United Progressive Alliance’s (UPA) farce of governing the country.

As in any patriarchal society, discrimination against women is rampant in India. A healthy dose of religious and social custom restricted women to second-class citizen status, and it was only in the face of great opposition that Hindu reformers and the British in the 19th century were able to remove many of the ignorant practices Hindu society had sunk to. In fact, Jawaharlal Nehru’s primary motive in pushing through a civil marriage act was to save women from religious inequities. Alas, the potent concoction of democracy, religious pluralism, and India mitigated the effects of the proposed law by putting marriage into the purview of personal law and the final product was the Hindu Marriage Act.

To be fair, the statistics on discrimination and violence against women, in society as well as at home, are appalling across all societies. While Europe seems to be the most desirous of combatting domestic violence (87% think the EU should do more to fight domestic violence), the statistics put it right alongside other regions of the world (up to 50% of women have experienced domestic violence). US statistics are not encouraging either (1,181 women killed by their partners in 2005), and the Middle East (5000 honour killings per annum) and Africa (53% of the women have undergone female genital mutilation) are downright appalling. In this context, India is not a distortion (57% think wife-beating is justified in some circumstances) from the mean. These statistics are in no way a justification for conditions in India but an illustration of how dire the situation is globally.

Nonetheless, very much like the dowry laws (Section 498a of the Indian Penal Code (IPC), Section 8(b)(ii) of the Dowry Prohibition Act), the legislation proposed does a greater harm than good to the citizenry of India. Rather than protect the rights of women, it will fuel resentment against them and contaminate any efforts to bring genuine change in the mindset of the Indian public towards an equitable society. The laws state,

Whoever, being the husband or the relative of the husband of a woman, subjects such woman to cruelty shall be punished with imprisonment for a term which may extend to three years and shall also be liable to fine. The offence is Cognizable, non-compoundable and non-bailable.

The Code of Criminal Procedure, 1973 (2 of 1974) shall apply to offences under this Act as of they were cognizable offences…for the purpose of matters other than…the arrest of person without a warrant or without an order of a Magistrate… Every offence under this Act shall be non-bailable and non-compoundable.

It should be noted that both these statutes are non-bailable (you have to appear in court and get bail from the judge), non-compoundable (complaint can’t be withdrawn), and cognizable (need registration and subsequent investigation of the complaint).

While the prohibition of dowry extortion is wholeheartedly applauded, these laws violate the ancient tenet of criminal law, Ei incumbit probatio qui dicit, non qui negat (cum per rerum naturam factum negantis probatio nulla sit), as stated by the famous Roman jurist, Julius Paulus (The proof lies upon him who affirms, not upon him who denies; since, by the nature of things, he who denies a fact cannot produce any proof). The presumption of guilt rather than of innocence, which the Indian courts seem to hold, has been rejected by law courts around the world as being inquisitorial and contrary to the principles of a free society.

One must remember that these laws had no malafide intent, and their aim was to protect the alleged victim. Unfortunately, the poor wording has allowed many unscrupulous people to misuse these laws, using the threat of arrest as blackmail to coerce compliance of their husbands. Worse, there is not even a penalty for false complaints or perjury despite the mental anguish, the probable arrest of the husband and his family (including elders), the potential loss of employment, and the stigma of arrest among polite company.

The misuse of the dowry laws has been so prevalent that many men in India have banded together to form the Save Indian Family Foundation (SIFF), which cites National Crime Records Bureau statistics to claim that in recent years, over 22,000 men have committed suicide as a result of being harassed by their wives. The foundation also claims that of the nearly 187,540 people thrown in jail under Section 498a, 94% were later found innocent. RP Chugh, a Supreme Court advocate, cites a recent case of blatant abuse of Section 498a by a woman from Haryana who was quick to slap a dowry harassment suit on her husband when she was allegedly caught in a compromising situation with her husband’s colleague. Such examples are not merely isolated cases with spurious evidence concocted by disgruntled men – the abuse of the dowry laws is so rampant that even Pratibha Patil, the President of India, commented, “Instances exist whereby protective legal provisions for the benefit of women have been subjected to distortion and misuse to wreak petty vengeance and to settle scores. It is unfortunate if laws meant to protect women get abused as instruments of oppression.”

The new proposal to give to the wife 50% of immovable assets acquired before marriage as well as alimony and child support is patently unfair. No one questions the right of a wife to a fair alimony and child support (based on her income and remarriage), or even the right to 50% of the property acquired after marriage, but it is not clear what right Parliament sees the wife possessing over pre-marital assets. Combined with the ease of divorce clause, the new law could be a recipe for a spate of quick marriages and divorces to fleece unsuspecting men of their property and valuables. The recent case of a woman suing for divorce because her husband of two months had “failed to change his relationship status to married on social network site Facebook” comes readily to mind. While this may seem a one-off case, it exposes the loopholes for misuse of the proposed law.

Like the dowry laws, the MLAB is a bungled attempt to solve a legitimate problem. Many women stay in dysfunctional marriages, sometimes despite abuse, because of financial dependence on their husbands and their natal families. Unqualified or underqualified women have little hope of securing a well-paying job to sustain themselves after a divorce or separation. Even where alimony is awarded, Indian courts have usually been stingy towards the wife, assigning 2 – 10% of the husband’s proven income (tax authorities estimate that just 3% of the public pay personal income tax and most people augment their salaries with under-the-table cash). Clearer guidelines need to be formulated to ensure an equitable solution, but the extreme that has now been suggested is throwing the baby out with the bath water.

On a side note, for all the ruckus women’s organisations such as the All India Democratic Women’s Association (AIDWA) and parliamentarians such as Brinda Karat have raised in pushing this amendment into the bill, do the provisions apply to Muslim and Christian women (who fall under the Muslim Marriage Act and Christian Marriage Act respectively)?

There is no question that women are the victims of rampant abuse and discrimination in India, most of the time socially sanctioned. However, women are slowly becoming a vote bank and politicians have started to notice. With vote banks come interest groups and lobbies, who purposes need not necessarily serve their claimed target groups. Typical of the Indian social milieu, rather than set right the imbalances in society, victimised groups suffer from what psychologists call the pendulum effect. Perhaps initially rooted in hatred for the oppressor, the sentiment is later fuelled by an urgent desire to make up for lost time. As women shove their way to more rights, there is also a sense of centuries of social inferiority. Present social ills – female foeticide, dowry, honour killings – do nothing to mitigate the fervour the newly liberated lass feels. It takes great discernment in these situations of sudden social change to understand that one cannot make up for months or years of feasance in five minutes.

Society goes through pendulum effects constantly. In politics, voters swing back and forth between being conservatism and liberalism; in economics, policies change from free market to government regulations. In India, it is not just women but other groups are going through a pendulum effect too, dalits being the most prominent example. These politicised groups go through five phases of the pendulum effect before calmer heads can prevail and any real progress can be made:

Turning back the clock, as many traditionalists argue, is not the solution, but there is a strong desire among many to push back that pendulum just a little. After a little cathartic release of frustration and hysterics, unless both sides settle down to discuss the issue at hand, unless the arc of the pendulum is dampened, the pendulum will keep oscillating from one extreme to another. As women gain access to education and employment, they become freer. As laws protect them to the equal extent as they protect a man, they become safer. Anything less than complete, unequivocal equality for women is unacceptable in a civilised society. India has serious problems to deal with, but India’s lawmakers have yet again succeeded in caricaturising and polarising an issue critical to the country’s social development.