The rise of the right liberal Indian 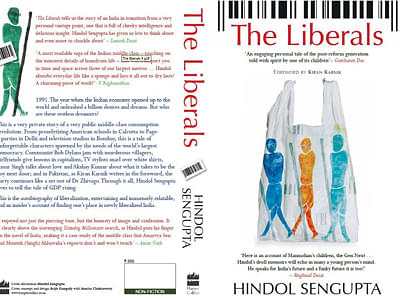 The rise of the right liberal Indian

Does the hitherto undefined and seemingly contradictory “right liberal” vote bank house the majority of Modi’s new “rurban youth” support base and does this explain part of the phenomenon called “Modi wave” ?

Academic discussions on the “left v/s right” and the “liberal v/s conservative” debate is always fascinating. Going by the prevailing discourse in India’s mainstream English media driven largely by the self-proclaimed “intelligentsia” – one is led to believe there is some kind of inherent dichotomy in these identities – one is either left-liberal or right conservative. This struck me as being extremely odd on three counts.

One, it excludes the very possibility of “right-liberal” and “left conservative” identities (E.g.: Why can I not be a supporter of free markets but not of hard-core cultural nationalism?)

Two, it assumes identity is a rigid, inflexible unchangeable concept – you are either “this” or “that” and changing stand from one side to the other is considered no less then heresy (E.g.: A politician defecting from the INC to the BJP is automatically labelled “communal”)

Three, it assumes that political parties and their supporters can be neatly categories in one of only two pre-defined and inflexible ideological camps (E.g.: The Congress and AAP folks or left liberal and BJP / NDA brigade is right conservative).

Such rigid categorisation of concepts like identity and ideology not only oversimplifies what is a fairly complex matter but also leads one to pass generalised black and white statements such as this famous one by George W Bush “You are either with us or against us”… which begs the question “What if I am neither” ? In many ways, this article is an attempt to express the following sentiment “I am neither communal, nor do I support laissez faire capitalism of the American kind. Despite this, I still support Narendra Modi”. This sentiment, I suspect is shared by millions of first time “urban / rurban youth voters”, a vast majority of whom, based on various pre poll surveys, are vehement supporters of Narendra Modi’s candidacy for the post of Prime Minister of the world’s largest democracy

It is symbolic perhaps, that I (a supporter of Narendra Modi) argue against the idea that political choice is linked to rigid inflexible identities by quoting Amartya Sen. In one of his most profound books called “Identity and Violence”, Amartya Sen drives home the point that identity is a plural concept. In fact, plurality of identity can be extremely varied and often contradictory. It is not unfathomable that one can simultaneously be an African American, devout catholic woman who is a self-made millionaire, favours affirmative action, is against gun control, does yoga and is a closet lesbian. Her traits span the entire left-right and the liberal-conservative matrix. She is simultaneously, an economic liberal (self-made millionaire), religious right (devout catholic), economic left (supports affirmative action) and an ideological liberal (closet lesbian).

Based on this plurality of identity, it is impossible to judge if she is a republican or a democrat. This demonstrates two things. One, there doesn’t exist a simple one-to-one mapping between identity and political preference. Two, identities are not rigid. For example, would one categorise this woman as A) Feminist B) Free Market Advocate C) Lesbian D) African American E) Catholic ? The answer perhaps is “It depends”. In her role a “role model” in her immediate neighbourhood, her “African American” identity will probably be the dominant trait in her identity. In matters of economic policy, her “Free market” traits will dominate whereas in matters of religion, it would be her being a “Catholic”. Two key conclusions: One, identity is the sum of multiple personality traits – the dominant trait depends on the socio-cultural and economic context and this dominant trait can change. Two, there doesn’t exist a simple one-on-one mapping between dominant personality traits in specific contexts and wider political choice. In other words, an agnostic homosexual can, in specific situations, vote for the BJP; an “upper class” Brahmin with a Hindutva agenda may vote for the congress in certain others.

The left – right divide really has two dimensions: The economic left v/s economic right and the religious left v/s the religious right. And these are fairly well defined. The economic right is in favour of free markets, merit based opportunities, unrestricted cross border trade, etc. Therefore it supports political parties that favour private sector enterprise with the role of the government restricted to providing adequate physical infrastructure and a transparent regulatory regime. The BJP’s oft used “Minimum government, maximum governance” slogan therefore endears to the economic right. The economic left on the other hand, supports centralised (government) planning to allocate resources and opportunities across the economy. This is often marked by subsidies based on economic status (past or present) and an attitude of “tax the rich to feed the poor”. The INC’s “congress ka haath aam aadmi ke saath” – whether true or not, endears to those on the left of centre economic.

The liberal v/s conservative divide is harder to define. A liberal in India could well be described as being a conservative by American standards and vice versa. I would define a “liberal” as one who deviates significantly from existing norms and orders (economic, religious or social) based on an independent assessment of the context. Consequently, a conservative is a person who prefers to adhere to pre-defined norms and limit his deviation from the “general order of things”. Therefore, one can be liberal both in an economic left / right as well as in a religious left / right sense.

Similarly, being prepared to deviate from existing socio-religious norms makes you a liberal in the religious left / right context. For example, in right of centre establishments, a dogmatic stand opposed to homosexuality makes you conservative in a “religious right” sense, however opposing criminalisation of homosexuality despite belonging to the religious right makes you liberal since you are deviating significantly from the “existing norm” and in some sense, “challenging existing belief systems”.

The matrix below clearly highlights that categorising voters into Left liberal and right conservative is neither mutually exclusive nor cumulatively exhaustive and is therefore a poor framework for understanding how identities and ideologies of individuals influence their voting preference. Further, it reveals there lies in the top right quadrant, a “vote bank” that has hardly been discussed in the past and is assumed to not exist. Nevertheless, empirical evidence suggests this “vote bank” does exist.

By definition, a “right-liberal” Indian is expected to demonstrate four traits – supports right of centre economic policies, subscribes to the religious (ideological) right and in both these traits, he is a liberal (i.e. he is prepared to deviate from existing norms) i.e. the third and fourth traits.

A quick personality sketch of voters likely to have each of these four traits follows:

Summarising the above points, it is clear that a right liberal Indian would be described by the following keywords: Aspirational, jobs, impatient, merit, cultural and national pride, empathy for the downtrodden, India First, secular (not “sickular”)

In many ways, these keywords describe India’s urban and (increasingly) rurban youth and first time voters. These are voters who are fed up of entitlements of the elite (political, social and economic), are disgusted by corruption, want equal merit based access to opportunities, revere India’s unique cultural identity in the world, are offended when national pride is lowered and are gradually eroding their caste identities in favour of economic identities (I’m a manager with HSBC taking precedence over I’m a kurmi from Bihar). If you identify with these keywords, you are very likely, perhaps without your realising it, a “right liberal” Indian.

In the lead up to the elections of 2014, this massive right of centre vote bank discovered a potential candidate whose life and track record are in alignment with their aspirations. A man who is self-made and rose through the ranks, is against entitlements, has ensured clean governance that leads to meritocracy, takes pride in Indian culture and traditions and despite belonging to the so called backward classes, for the longest time people knew him not as an OBC leader but as the Chief Minister of Gujarat who was voted for six consecutive years, the best CM in India.

The rise of Narendra Modi is directly linked to the rise of the right liberal Indian.