They Stemmed the STEM and Couldn’t Reach the Root 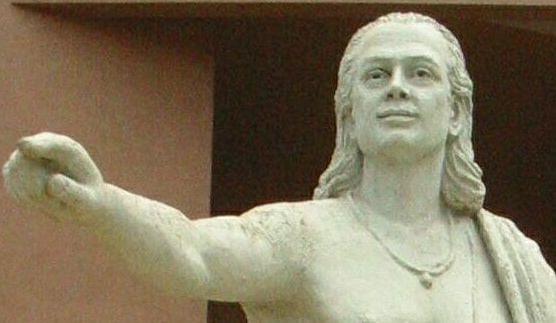 Ancient Indian mathematicians might have had an entirely different approach to the subjects Science, Technology, Engineering and Mathematics. Trying to reach the origins through the conventional approach will not work. First propagate what is available. Then dig deeper.

Media space in the past few months has been rife with the issues of ‘Hindu’ achievements, or otherwise, in the hoary past. Prime Minister Modi’s statement at the inauguration of a hospital that Indians must have known plastic surgery in the past to be able to graft an elephant’s head on to Lord Ganesh’s body, the presentation of a paper on ancient Indian aviation at the Indian Science Congress and sundry statements on the Pythagoras Theorem being an Indian formulation have provided grist to the mill of the ‘Hindutva’ haters.

Even a cursory acquaintance with material freely available on social media and other Internet sources makes it amply clear that there is a wealth of misinformation floating around based on dubious scholarship, with sources purporting to ascribe a whole mishmash of achievements to ancient Indians.

Given the current state of academic history and its obvious distortions, which ignore any discussion of ancient Indian science, is it any wonder that popular dissatisfaction has boiled up and is taking strange shapes?

STEM translates to Science, Technology, Engineering and Mathematics, traditionally seen as the weak spots of Indian culture and civilisation. Spirituality, yes; philosophy, of course; yoga and meditation, indeed, but not STEM! In the words of popular media articles, ancient Indian science is an oxymoron.

Does STEM have any roots in India? Are these roots being seriously studied by academics and students in Indian universities and colleges?

As has been pointed out by other columnists in Swarajya, most treatises on Indian history dismiss scientific or mathematical advances in ancient India with a cursory mention. It is as if this is not a fruitful area of study. More space is devoted to the ‘accepted’ areas of Indian advancement as in spirituality, philosophy and religion.

The history, philosophy and sociology of science are inter-related and narrow, micro disciplines. Some variations of these are offered in some universities in India. The concepts and teaching have been borrowed lock stock and barrel from Western universities and so, unfortunately, has the course content.

Take the Sociology of Science course offered in the Delhi School of Economics (caveat: this writer took this course in 1991-92, but would be very surprised if it has changed in its essentials).

The course was informative and interesting on the issues of the origin of all science/technology/mathematics in the Classical Age in Greece, the Dark Ages, the ‘Scientific Revolution’, the Enlightenment, the Industrial Revolution and European scientific philosophy from the 16th to the 20th century.

There was not a word in it about Indian STEM — its history, philosophy, sociology or indeed its very existence. The texts used were standard European/American ones; Kuhn, Geertz, Popper etc. Copernicus, Galen, Galileo, Hippocrates came alive as did the western theories of knowledge, but nothing on India; absolutely nothing. This is a specific case, one fears the situation may be as bad elsewhere in India.

There have been people who have worked on indigenous traditions of STEM. Dharampal’s name in the area of science springs to the mind, but there have also been others such as GG Joseph in the field of mathematics.

The subject is vast; let us discuss here the history and philosophy of mathematics in ancient India, and how academia has dealt with it in India.

The general attitude towards this is exemplified by what G Gheverghese Joseph in his seminal book “The Crest of the Peacock, Non-European Roots of Mathematics”, calls such deeply entrenched Eurocentrism “that they cannot bring themselves to face the idea of independent developments in early Indian mathematics even as a remote possibility”.

Such attitudes follow from the blinkered vision of the accepted authorities on Indian Mathematics such as GR Kaye who found it ‘natural’ that traces of Greek influence should be sought in manifestations of art and mathematics in India, as Greek achievements formed the most wonderful chapters in the history of civilisation and were objects of admiration of Western scholars. Kaye’s influence on historians of mathematics is so immense that it has led to some distortions that must be recognised.

In the area of the history of mathematics, work is increasingly being done in the past few years. A good deal of work has been done by Indian and foreign authors, but it is sadly almost unknown in the popular narrative and ignored by academics. Providing a list of references is beyond the scope of this article, but the references provided by GG Joseph in his book would be a good starting point for the interested.

The list of achievements ranges from standardisation of weights, the ‘Indus Scale’, artistic designs, brick technology (which probably influenced the construction of altars during the later Vedic period) at the time of the Indus Valley Civilisation to proof for the (wrongly named as per Prof Manjula Bhargava!)

Pythagorean theorem in the Sulba Sutras of Baudhayana, Vedanga mathematics, problems in astronomy, arithmetical operations, Vedic geometry, up to 200 BCE and number theory, permutations and combinations, the binomial theorem, the use of zero, decimal place notation, algebra and details of how to represent unknown quantities and negative signs with the coming of the Jain mathematicians.

The Classical period of mathematics around the time of the Guptas saw seminal works like the Bakshali manuscript, Aryabhatiya, Brahmasphutasiddhanta, Patisiddhanta, Ganitasarsangraha, Lilavati, Bijaganita and mathematicians such as Aryabhata 1, Varahamihira, Sridhara, Mahavira , Bhaskara II among others.

The Kerala school of mathematics, which worked on calculus much before Newton/Liebniz and whose influences on western mathematics through the conduit of the Jesuits, brings us to the second half of the last millennium. S Ramanujan is someone whose works are still being mined for current day advances.

These developments, however, are not as well known within the country as they should be. Many of these could elicit blank looks from most Indians.

The work of Indian historians of mathematics such as TA Sarasvati Amma of Jharkhand, the first historian of ancient Indian mathematics (1918- 2000) who wrote Outline of Geometry in Ancient and Medieval India, which established the basis of the study of Indian geometry, is not generally known. The same is true of her doctoral student Radha Charan Gupta who was the first Indian winner of the Kenneth O May prize awarded once in four years in the field of the history of mathematics.

AA Krishnaswami Ayyangar has been rescued from obscurity through the efforts of Professor Subhash Kak of Louisiana University and some of his papers republished. There are also other indigenous historians of mathematics like Sudhakar Dwivedi, PC Sengupta and Bapudeva Shastri.

These works are gathering dust and are often missed even by serious and committed scholars like GG Joseph.

If we look at the field of the philosophy of mathematics, the situation is slightly worse. In the NPTEL course “Mathematics in India — From Vedic Period to Modern Times” by Prof MD Srinivas, Prof MS Sriram and Prof K Ramasubramanian of the Department of Mathematics, IIT Bombay, the first module states at the outset that not much discussion has been done on the understanding of the Indian mathematicians and philosophers of the nature and validation of mathematical results and procedures and their views on the nature of mathematical objects.

In traditional Sanskrit texts such issues have been dealt with in the Bhashyas or detailed commentaries on mathematical treatises.The oldest available is Bhaskara I’s on Aryabhatiya (around 629 ce). These have detailed proofs and a discussion of philosophical and methodological ideas. Focussed work on these remains to be done.

The differences in philosophy and methodology between Western mathematics and Indian are significant; they lead to misunderstandings about the latter when viewed through the lenses of the former. Broadly speaking, Indian mathematics does not present propositions, but a series of rules that characterise and carry out systematic procedures to accomplish certain ends in contrast to western mathematics, which presents propositions derived from axioms, assumed to be true, with the help of logical rules.

Pertinent in this context is the case of the mathematical genius S Ramanujan. His style of doing mathematics was very different from that of the conventional deductive, axiomatic method of proof; what mattered were the results themselves, not the proofs.

For a number of years after Ramanujan’s death, his contributions were underestimated; his strange way of ‘doing’ mathematics was held to have diminished his influence and achievements. Today, however, few mathematicians would agree with this assessment. The riches of his Lost Notebook (manuscript) are being mined and he is believed to have contributed to the creation of superstring theory apart from many other advances in modular equations and mock theta functions amongst others.

Was there something in his understanding and culture that contributed to this genius? Has this question been examined at any length to see if any answer is possible? Not really.

The Indian method is not one of step by step progression from axiom to proof; there is space for intuitive jumps to astonishing revelations and advances. The exact ‘method’, if any, is definitely lost today but we can hope to study and maybe understand it.

There is not just one way of kindling the scientific temper found so desirable by the Constitution amongst Indians. There have been, over millennia, many different methods of understanding the underpinnings of the world depending on whether the scientist or mathematician was Egyptian, Mesopotamian, Babylonian, Harappan, Greek, Chinese, Islamic, African or Indian. Rediscovering the roots of STEM in our own country may be no bad thing if it leads to renewed interest and vigour in this field.