A Dussehra Wish: May Good Judgement Prevail In SC Over Sabarimala Verdict 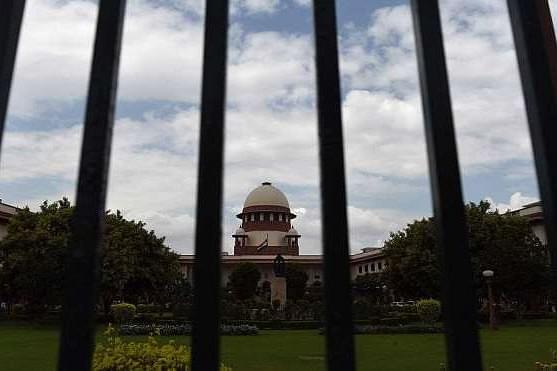 On the occasion of Dussehra, where good triumphs over evil, one hopes that good judgement will triumph over a flawed one delivered by a Supreme Court bench last month in the Sabarimala case (read the full judgment here). Petitions seeking a review of the 4:1 judgment are already there before the court, and a new bench will have to be constituted after the retirement of chief justice Dipak Misra earlier this month.

The continuing tensions in Kerala over the court’s decision to allow women of all ages to enter Sabarimala temple, abode of the celibate Swami Ayyappa, should cause the learned judges to introspect. Sometimes, hoary principles like constitutional morality and gender justice need to be measured against the value of common sense, when even a simple reading of what the Constitution says tells us why the judgement may be flawed.

Article 26 of the Constitution is about the “Freedom to manage religious affairs”. It allows, “subject to public order, morality and health, every religious denomination or any section thereof… the right to (a) to establish and maintain institutions for religious and charitable purposes; (b) to manage its own affairs in matters of religion; (c) to own and acquire movable and immovable property; and (d) to administer such property in accordance with law.”

This article is usually applied only to minority religions, whereas it should be applicable to any religion, its denominations, or sections. If we accept this interpretation, the question of whether the Ayyappa temple and its devotees are a separate denomination or a section of Hindus should be decided in the affirmative. The temple – and it is the only Ayyappa temple to do so – bars women in the reproductive age from entry since the deity is worshipped as a naishtika brahmachari (eternal celibate). There is no discrimination against women who fall outside this age bracket.

Common sense notions of Hinduism tell you that one is a Hindu largely by self-definition. Unlike Abrahamic religions, which define themselves through belief in one specific god or book, and hence amendable to classification by denomination, Hinduism is more fluid in its self-definition. One need not go to a temple at all to call oneself a Hindu, for worship need not be congregational. One can be a denomination – which follows a different practice of worship – in a common sense meaning of the term without denying one’s Hindu identity. You can offer pujas and observe fasts and ritual at home to be a Hindu. One can be an Ayyappa devotee without visiting Sabarimala, and, if one is a specific Sabarimala enthusiast, one has to follow the norms of that temple. If some temple’s rules specify that men must not wear stitched garments or come bare-chested, it is not an assault on one’s right to wear what one wants. If you feel offended by this rule, you can worship the same god at home, or in another temple that does not have such rules.

Given this fluidity and non-fundamentalist approach of many streams of Hinduism, the Supreme Court bench made a huge mistake by taking an Abrahamic view of what a denomination is.

A temporary restriction on women in some age groups is merely a quaint practice in one temple; it is not some kind of broad-based discrimination against all Hindu women. It would, however, be discrimination if this kind of exclusion were generic to all temples, or even a majority of temples, which is manifestly not the case.

So, one hopes that when the various Sabarimala review petitions are taken up again, the bench looking into them will look at the arguments from a common sense perspective, and also in the context of a non-fundamentalist religion like Hinduism.

A victimless crime has been declared an abomination in the Sabarimala judgement, causing a deep fissure among Kerala’s Hindus. The rift caused by the court must be set right and healed by the court overturning its previous judgement.