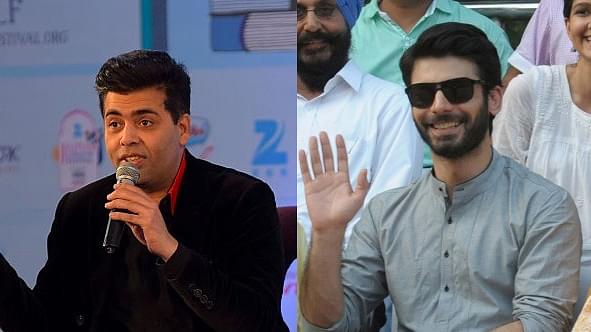 #BoycottADHM was trending on Twitter over last week. The government has not banned Ae Dil Hai Mushkil. The ‘The Cinema Owners and Exhibitors Association of India’ had called for a boycott. Many in Bollywood, especially the self-righteous Anurag Kashyap, got mixed up between ban and boycott and outraged as if the government was calling for a ban. The usual cacophony of false debate on intolerance and ‘freedom of expression’ ensued.

That being the milieu, one wonders whether, calling for a boycott of Ae Dil Hai Mushkil is actually illiberal and smacking of bigotry as self-proclaimed liberals would paint it. Living in a society that guarantees freedom to propagate views, a citizen or a group can beseech others to not watch a movie. Such views are quite consistent with the liberal democratic ethos. There is a simple and clear difference between asking fellow citizens to boycott and asking the government for a ban. Calling for the government to ban is definitely a democratic right, but one does not to need to plead with a nanny state to let it allow fellow citizens to watch or not watch a movie. The government imposing a ban on its own volition is entirely different and is irrelevant to the case at hand.

Pakistan is waging war on India, directly and through its proxies. In this year alone India has lost 71 jawans in Jammu and Kashmir in a long list of attacks. Many civilians have been killed and families uprooted. Citizens cannot deny that they are beneficiaries of the jawans doing their duty in protecting their freedoms. In solidarity with soldiers at the border and in defiance of the enemy state, urging for a boycott of the movie is perfectly fine as a retributory move. (Retribution, though has a bad ring to it, is among the principles on which many laws from imprisonment to death penalty are drafted.)

One can hate an enemy country and consequently its citizens who are assumed to be complicit in the acts of their governments. It is only a natural reaction against a group that intends to put our lives in jeopardy. But, boycotting a movie featuring a Pakistani actor out of just hate for that country runs contrary to liberal tenets. It is also irrefutable that many ordinary Pakistanis actually do not intend to fight India - the same argument put forward by the ‘Aman ki Asha’ activists. It is a truism that has lost its moral appeal because people with dubious credibility used the argument for emotional blackmail to achieve selfish ends.

This brings us to the conundrum of how as Indians we can blind ourselves to the beauty of art or for that matter secular dispassion of commerce just because it comes from people that are not friendly with us. Is it ethically wrong to appreciate art or consume goods produced by the enemy state?

It is almost impossible not to have admired Wasim Akram’s bowling or got lost in Rahat Fateh Ali Khan’s renditions how much ever one loves India. That is the nagging truth. Is it not anti-meritocratic to shun art and knowledge just because it comes out from some group that is our opponent?

That brings us to a question of whether there can there be a principled and nuanced opposition to a movie starring Fawad Khan that goes beyond the hate for the enemy. If one filters to the essentials, it is actually a liberalism vs nationalism argument. And if the question is posited that way, one sees it as a black or white and ends up choosing whatever appears white to him/her. (The others are always wrong and black!). But the Venn diagram of ‘liberal’ and ‘nationalist’ are not disjointed. It has an intersection set. One can be a liberal nationalist. The love for the country can be married with the love for the truth that comes from whichever part of the world. Especially in India where Sanatana Dharma, as its wont, gives us options to weave in shades of grey. Tamil scholar Dr Gnana Sundaram said in a recent event, “Not learning Hindi is not a loss for Hindi but a loss for you”. Similarly one is only poorer by not being able to access art or use a better product.

The dharmic way is to understand why we boycott and where it fits in our moral world. Boycott is the final action and the consequence of a thought process. But the intentions that guide our thoughts are important. From Gita to Kant, non-consequentialism has provided the moral heft. What if one boycotts the movie as a method of sending a message during times of war, than just to oppose it because of involvement of an actor from an enemy country? If the call for boycott is framed that way, there is more moral legitimacy to put the argument at a higher pedestal.

A citizen can urge his fellow countrymen to impose cost on the elites of the warring country. Thus, in principle, one can be tolerant and appreciative of knowledge and wisdom from anywhere, but boycott a work of art for a longer term good that would foster a liberal order. The consequences of boycott will perhaps help produce conditions for more art.

Boycotting goods or cultural events will impose a cost on the elites of the enemy society. If a movie is boycotted, if cricket with Pakistan is not allowed or if cement imports are curbed, it hurts the elite - the artists and businessmen. It sends a message that it is not business as usual. The business elite who fund political parties and collude with the businesses run by the army in Pakistan would feel the pinch. It would force them to lobby with their political patrons out of their own self-interest to stop terrorism. This is inherently an attempt at making the world a better place. This will perhaps answer the usual annoying argument of the likes of Richa Chadda who ask if “banning movies will end terrorism”.

What about the dharma of people of ‘Dharma Productions’ and others like them? Does it behoove of them to hire Pakistani artists in times of war? Do they not consider themselves citizens of the country first? Or do they think of themselves as ‘creators’ whose first duty is towards art? Can they be indifferent to a society that gives them the freedom and opportunities to pursue their craft? Are they outside what Robert Reich calls “spheres of mutual responsibility”?

While we can have our own judgments on Bollywood, one has to leave it to the artist’s conscience and their sense of ethics. Methods of coercion and intimidation practised by the Maharashtra Navnirman Sena (MNS)to do not show our Republic in good light. If their acts cause a huge loss to the country monetarily or create law and order issues, probably a legal solution to moral problems can be devised, keeping in mind that the artists’ freedoms are not curtailed beyond any reasonable measure. (At this point it is also critical to remind that absolute freedom is a myth. Tomes of ‘social contract’ theories from Hobbes, Locke and Rousseau teach us that while some rights are inalienable, some freedom has to be traded to live harmoniously in a society.)

Each generation has a moral project which is thrust on them due to the circumstances of it being alive during a particular time and in a particular society. Nationalism is the defining project of our time. It sets our own house in order while we confidently ‘allow the winds to flow in without carrying us away’ as Gandhi had put it. Our country and dharma has to be protected and nourished for it has much to offer to the world. The idea can only be strengthened if our own elites shun narrow economic and political interests and stand with the effort of imposing costs on the country that is waging war against our way of life. A great society can only be built on shared trust among citizens.

One need not be a bleeding heart liberal to see the good in the enemy. Even the fiercely nationalist poet Subramanya Bharati sang ‘Bless the enemy, O good heart!’ (pagaivanukku arulvai nan nenje). One has a right to advocate boycott and has a moral basis for it. The coterie of false liberals can only scream bigotry, since their opposition to boycott is bereft of any principle of liberalism in the true sense of the word. There is no need to descend to the level of pathological India haters or mercenaries of the art world (that Nana Patekar referred to as nakli log) that guilt trip us. It is time to show them the mirror and expose their intolerance to liberty and freedom of expression.