'American Orientalism' As The New Macaulayism, And What We Need To Do About It 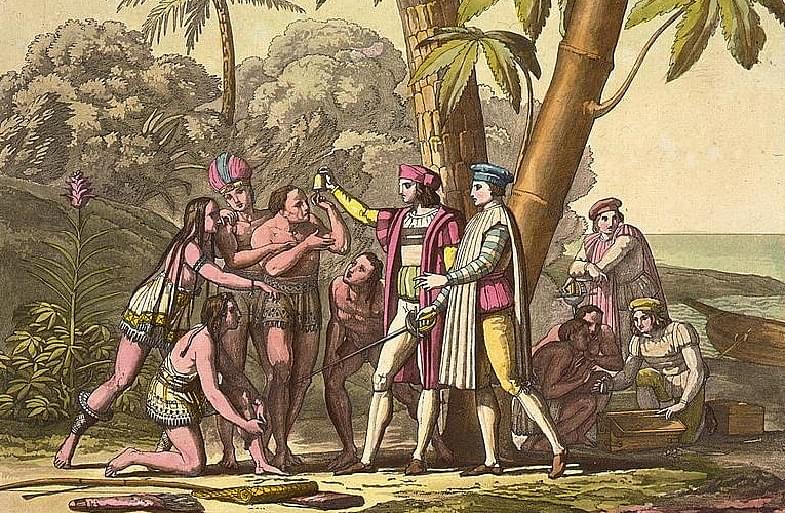 American Orientalism is a product of American history, where European settlers battled previous settlers – the American Indians – before finally decimating them, both through violence and internal emasculation by pretending to be their friends.

Edward Said made the idea of “Orientalism” famous – and a pejorative word in western academia. His critique about western scholars using only European lenses to view non-European cultures is today widely accepted as valid. However, there is only one kind of Orientalism that is still not being called that: the capture of Indian history and cultural studies by powerful American academics with little respect for the sacred traditions of India and Hinduism, even while pretending to be well-wishers of all things Hindu or Indian. Rajiv Malhotra is finally calling it what it is – American Orientalism – in his new book The Battle For Sanskrit. The book’s sub-title explains what the battle is about: Is Sanskrit Political Or Sacred; Oppressive Or Liberating; Dead Or Alive?

Malhotra’s is the most important critique of the new form of Orientalism that has taken root in American academia, now the European academia is no longer calling the shots on Indic studies. The reason why American Orientalism is dangerous for Indic culture is because of the sheer sophistication it brings to the idea of hollowing out Indic culture and studying Sanskrit by decapitating the head from the body. It is about studying a carcass, not a living tradition or idea.

American Orientalism is a product of American history, where European settlers battled previous settlers – the American Indians – before finally decimating them, both through violence and internal emasculation by pretending to be their friends. This is exactly the attitude American Orientalists bring to the study of Sanskrit, by pretending to be lovers of the language, and then trying to delink it from its sacred roots in Hindu tradition and thought.

Malhotra views American Orientalism as more dangerous than European Orientalism precisely because it is a frenemy – helpful to Indian scholars who have lost control of their own traditions and narratives, and yet fundamentally opposed to putting Sanskrit on the pedestal that learned pandits would normally do. We have now developed such awe for the sheer effort and resources American Universities have poured into Sanskrit studies that we are willing to treat them as sympathetic to our cause, and even give them millions of dollars to tell us about our own heritage. We end up giving them Padma Shris, while our own pandits languish without resources or recognition. We are too naïve to be able to wrest back control of our heritage from its real enemies.

The technique used by American Orientalists – of whom Malhotra names Sheldon Pollock as chief frenemy – is the good-cop-bad-cop routine. The existence of some American scholars with a genuine interest and concern for preserving our Sanskrit heritage tends to make us believe that they are fighting on our side; on the other hand, there are the Sheldon Pollocks who seek to separate the soul of Sanskrit from its body, by separating the sacred aspects of the language from its secular usage – the paramarthika from the vyavaharika. The idea is to embed a degree of self-hate in Hindus, so that they begin to view Sanskrit as the language of oppression, and only some aspects of the language – the kavya and secular literature – as worthy of respect. Pollock would like sacred Sanskrit as essentially oppressive – and many western-educated Indians have internalised this critique.

Let’s be clear, Malhotra is no Hindutva extremist trying to pretend that everything about Hinduism or Sanskrit is holy or beyond critique. Far from it. What he objects to is the western effort to become the final arbiter in Sanskrit studies by ignoring the insider’s (ie, the Hindu practitioner’s) views on this language, which embodies the soul of India and its many daughter languages. He would like Indians inside the Sanskrit tradition to understand where the Pollocks are coming from and how they can both accept the outsider’s views even while developing a robust defence of tradition minus its negative aspects. Malhotra is not at all opposed to internal reforms.

Unfortunately, given the fundamental fault-lines in Indian society (caste and religion), and also given the Leftist control of most academic and cultural institutions in independent India, there are many takers for American Orientalism among the Indian elite, even those who do not mind being called Hindus, whether at home on in America. There are many reasons why Hindus themselves seem unaware of the machinations of American Orientalists: as a people, we have developed an inferiority complex where we place a higher value on what the west thinks of us than what we know to be true ourselves; we have also lost track of our own traditions, where we feel embarrassed that we need to read our own itihasa in English books written by foreigners to understand our past.

Then there is the need for support from western academics in order to find places in American academies for ourselves and our progeny; the debasement of Indian education systems through political intervention gives Indian academics the push effect to study abroad rather than in India; the collapse of the Soviet Union left the Indian Left stranded – and American Indologists have built alliances with them to enable them to continue belittling Hinduism, as has been done from the days of DD Kosambi, a Marxist historiographer; and, last,  of course, there is the sheer amount of resources western universities have been able to put into Sanskrit research. This alone makes Indic studies vulnerable to huge American influence and political efforts to undermine our traditions.

The most depressing thought is this: over the last few years, India has produced its own billionaires who can fund social and cultural science research in India by developing genuine Indic scholars with a clear grounding in our own sacred traditions. But, as Malhotra points out, when a Narayana Murthy wants to create a Classical Library, he turns to the same Sheldon Pollock to get the job done. He wants a short-cut, a readymade solution. So, instead of taking the longer route of developing domestic scholarship, he takes the easy way out and asks Pollock to do the job. He strengthens American academy even further, and emasculates Indian scholars by giving them a vote of no-confidence.

This pattern has been seen elsewhere too. Whether it is Ratan Tata or Anand Mahindra or the Birla group, they choose to invest millions in funding academic chairs in their preferred Ivy League or European institutions. Indian money is being used to build academia in the places that seek to undermine us.

Of course, Malhotra may be overdoing his effort to paint Sheldon Pollock as villain, but when you have to make a strong point, you have to choose the right enemy to target. Pollock, being the grandmaster of Sanskrit studies, and who uses Christian liberation theology (the effort to subsume Marxist ideas within Christian doctrine) to deracinate Sanskrit of its sacred moorings, believes in what he calls “liberation philology”. He wants to achieve with Sanskrit the exact opposite of what Christianity tried to do with Marxism. He wants to make Sanskrit unholy, while liberation theology sought to sprinkle Marxist liberation theory with holy water.

This book will make Malhotra the biggest enemy of Christian evangelists, the same way Arun Shourie’s inquiry into the unholy methods of evangelical organisations did in his book, Harvesting Our Souls.

This is why the attacks on Malhotra have now intensified. A few months ago, Richard Fox Young, an associate professor of the history of religions at the Princeton Theological Seminary, accused Malhotra of plagiarism, alleging that Malhotra had used many ideas from the work of Andrew J Nicholson from his book Unifying Hinduism. The truth is Malhotra did attribute many quotes to Nicholson, but failed to do some in some parts. Hardly a capital crime, and more about oversight. But Young’s critique was picked up by all Left-wing publications in India, including Scroll.in. Malhotra’s defence was picked up by sites that supported the Indic view.

In fact, if evangelists want to criticise plagiarism, there is no better place for them to look than inwards, and they will find plenty of it. Every Indian cultural tradition – whether it is lighting diyas or painting Jesus sitting cross-legged like an Indian rishi or Christian priests and nuns wearing saffron, or evangelists creating a Jesus mudra in Bharata Natyam, or the Christianisation of yoga – they have indulged in every form of cultural plagiarism, if not cultural genocide.

It is important to understand why evangelical organisations would like to target Malhotra, even if the accusations are flimsy. As an Indian living in the west, he knows both how western academia works, and how gullible Indians tend to be when dealing with foreigners who indulge them with insincere flattery. Malhotra is using his knowledge of west and east to awaken Indians from stupidly believing in the innocence of American Orientalist Sanskrit scholars. In fact, Malhotra’s book, The Battle For Sanskrit, was prompted by his discovery that even the Sringeri Sharada Peetham, one of the original maths created by Adi Shankara, was planning to mortgage its heritage to American Orientalists by creating an Adi Shankara Chair in Columbia University, with all its implications. It was about to hand over control of its traditions and their interpretations to Sheldon Pollock.

The Battle For Sanskrit is an important book, even a disturbing one, for Indians who love this country and take pride in its Hindu and Sanskrit traditions even while cherishing diversity and acknowledging our many faults and negative practices.It is our bounden duty to join Malhotra in his Battle For Sanskrit. It is our battle. And it is a battle we cannot afford to lose.