Amid Row Over His ‘Humane Ravana’ Statement, A Look At Saif Ali Khan’s History And Controversies 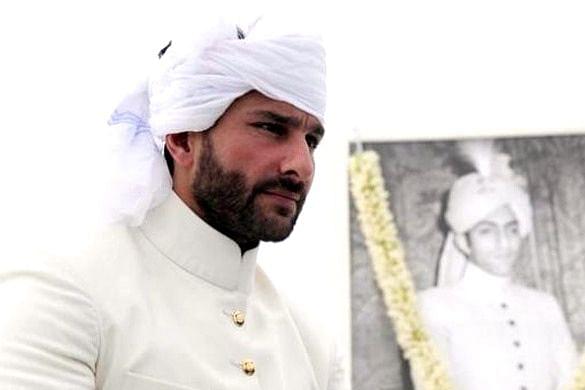 Bollywood actor Saif Ali Khan has apologised for his recent statement made to a newspaper that his upcoming film Adipurush will justify Ravana’s abduction of Sita and will show Ravana as humane.

Saif said in a fresh statement, “I’ve been made aware that one of my statements during an interview has caused a controversy and hurt people’s sentiments. This was never my intention or meant that way. I would like to sincerely apologise to everybody and withdraw my statement.”

“Lord Ram has always been the symbol of righteousness and heroism for me. Adipurush is about celebrating the victory of good over evil and the entire team is working together to present the epic without any distortions,” the statement said.

Adipurish, backed by T-series, would be an adaptation of Ramayana with Baahubali star Prabhas as Ram and Saif as Ravana. The film will be directed by Om Raut of Tanhaji: The Unsung Warrior fame.

Saif traces his family roots to Afghanistan. His ancestry in India begins with the arrival of Salamat Khan in 1480 CE. As per a book by a Pakistan-based relative of Saif, Salamat’s great-grandson Muhammed Pir rose to power under Mughal kings such as Akbar.

Salamat’s descendant Alaf Khan helped the Mughals in their battle against the Hindu Maharaja of Jaipur. He was rewarded with Kalam mahal (which today is known as Pataudi House near Delhi Gate).

From the same family, Faiz Talab Khan helped the British in their battle against the Marathas. As a reward, Faiz Talab Khan became the first Nawab of the newly established princely state of Pataudi in 1804.

Saif was anointed the 10th Nawab of this erstwhile princely state after death of his father Mansur Ali Khan Pataudi in 2011. It was a symbolic gesture as India had abolished royal entitlements through the 26th Amendment to the Constitution of India in 1971.

Several of Saif’s close relatives who shifted to Pakistan after partition have served in top posts in Pakistan Army as well as Intelligence.

Mansur Ali Khan's cousin, Major General Isfandiyar Ali Pataudi was one of the contenders to the post of the ISI chief in 2012.

Isfandiyar’s father Mohammed Ali Khan Pataudi who was the younger brother of Mansur’s father Iftikhar Ali, was also a general in the Pakistani army.

Mansoor Ali Khan’s uncle Shahryar Khan, who was son of elder sister of Mansur’s mother, has served as former foreign secretary of Pakistan as well as chief of the Pakistan Cricket Board.

Saif is currently engaged in a legal battle for royal property in Bhopal, where he has a claim thanks to his ancestry from his grandmother’s side.

In 1939, Saif’s grandfather Iftikhar Khan married Sajida Begum, who was a daughter of the last Nawab of Bhopal, Hamidullah Khan.

Hamidullah, who in his own words ruled over an area with 80 percent Hindu population, was opposed to joining India.

On 2 August, 1947, Hamiduallah wrote to Muhammad Ali Jinnah expressing his wish to merge Bhopal with the newly formed Pakistan.

“I have throughout the last 8 or 10 years been in my humble way a staunch supporter of Pakistan and a loyal and devoted friend of the Muslim cause in India and of the Muslim league. In recent years I took upon myself the task of doing my humble bit in securing the establishment of Pakistan by seeing to it that nothing was done on behalf of the Indian States which would seriously hamper the birth of a separate Muslim State in India,” wrote Hamiduallah.

However, Sardar Patel foiled his plan.

Sajida’s sister Abida Sultan was to inherit the royal property after Hamidullah but she moved to Pakistan. While the government of India laid claim on the property worth hundreds of crores in 2015, Saif’s mother Begum Ayesha is currently pursuing a court case to establish her late husband Mansur Ali Khan as the rightful heir.

Mansur’s sisters Saleha Sultan and Sabiha Sultan are engaged in a legal battle with Saif, his wife Kareena Kapoor Khan and his mother Begum Ayesha for division of 6000-acre of property.

Saif, as per his mother, is “very much into family history” and “in a nice way”.

Saif has been a low profile actor off-screen, but invited ire after he was made a co-accused in the hunting and killing of two blackbucks in Rajasthan in 1998 during a film shoot.

Salman Khan was sentenced to five years' imprisonment by the chief judicial magistrate court (Jodhpur court) in the same case. Besides Saif, actresses Neelam, Tabu and Sonali Bendre were also co-accused in the case.

All four however were acquitted as they got the benefit of doubt, but their acquittal has been challenged by the state government. The case is currently in the Rajasthan High Court.

What made Saif look particularly bad was also that his father Mansur too was involved in a blackbuck hunting and killing case later in 2005. As per reports, police recovered carcasses of a female blackbuck from him after his hunting expedition in Haryana’s Jhajjar district.

Six people were convicted in that case. Mansur Pataudi’s name was removed from the case only because of his death.

Three years ago, Saif was under massive criticism on social media for naming his son with Kareena as Taimur.

Hindus largely concluded that the name was inspired by the notorious barbarian and Hindu marauder Timur Lang. Though Saif remained vague about the choice of the name, Kareena said in an interview that Saif is a big admirer of the same Mongol ruler, Timur.

In a recent interview, Saif invited ire for saying there was no concept of India until the British gave one.

It is perhaps due to Saif’s family history of fighting against Hindu rulers, his connections in Pakistan and his involvement in killing of an animal considered sacred to Hindu communities (the Bishnois of Rajasthan and Haryana worship the blackbuck), that make the majority community suspicious of Saif’s statements and actions.

Of course, his naming of his son as Taimur has not helped.