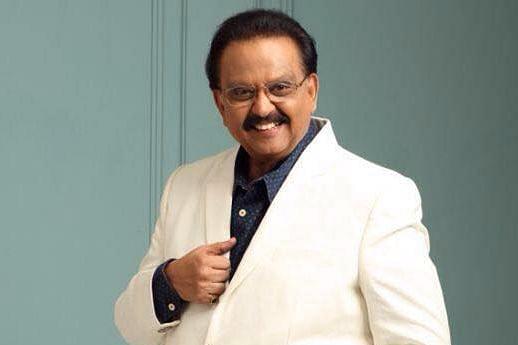 Sripathi Panditaradhyula Balasubrahmanyam, the name synonymous with south Indian playback singing for many decades moved on.

Many in southern India must be grieving like they lost one of their own.

Much can be written about his contributions as a playback singer who ruled Telugu, Tamil, and Kannada movies for a few decades. A voice loved all over India, a mentor and guide to many upcoming singers, he was many things to many. He was an artist with bahumukha-prajnaa (muti-faceted talent).

While his journey with melody is well known, his talent for speaking is fondly remembered by many. Be it Telugu, Tamil or even Samskritam, he loved the spoken word.

This is not to bring a regional, parochial tone to the remembrance of a great singer loved all over the South but his service to Telugu people in particular needs to be told about.

Born to Harikatha exponent SP Sambamurthy garu, oratory skills and felicity with words must have come naturally to him. Most singers would struggle to speak. But Balu garu just went on and on. After the advent of cable television, he entered the drawing rooms of millions of Telugu households with his music reality show ‘Padutha Teeyaga’(I will sing sweetly).

He chatted with music directors and lyricists and re-lived his journey with them. We came to know the story behind many great songs. He spoke about classical ragas, their Hindustani equivalents, their adaptations. Every single facet of music would be touched whether it was about modulation, orchestration or expression. Personalities and idiosyncrasies of many music directors and lyricists would be revisited.

And he often spoke openly about his own limitations with classical music and how he overcame the expectations when the great Ghantasala was around. And how his father told K. Viswanath that if he didn’t agree to sing for Sankarabharanam, Viswanath garu should slap and make him agree.

He had a lot of respect for greats like Ghantasala and Yesudas and spoke eloquently about past greats. This legend could present the complete picture as he had a great sense of history, respect for the art and gratitude to the industry. He did many such shows and became the sought-after MC during film functions. Balu garu with a mike was a treat to the ears (karna-peeyusha) and the audience was always left mesmerised.

With declining standards in Telugu lyrics, he tried to remind the audience about the respect the lyric deserves and the bhava (emotive expression) associated with it.

Many times, music would drown out good lyrics. At times, the lyrics would be some gibberish. He made it his mission to talk about great lyricists like Athreya, C. Narayanareddy, Veturi Sundararama Murthy, Sirivennela Sitarama Sastry etc and reminded the audience about how they were not respected enough.

An incident that comes to mind is during the Vajrotsavam (diamond jubilee celebration) of Telugu cinema for which he was the anchor. Veturi garu, the great lyricist, who was probably in his 70s then was called on the stage to be felicitated. For people who do not know, he wrote the lyrics for movies like Sankarabharanam. There was not even a chair offered to senior artist and he hardly got an applause. Balu garu chided the audience to clap for this great man and the sternness and anger in his tone was very much visible.

He would often speak about how Veturi garu deserved aksharalakshalu (a lakh for each aksharam he wrote) for songs like Omkaranadanusandhanamau in Sankarabharanam.

Cheer-leader for Telugu, Balu garu had impeccable diction in Telugu. I am sure Tamils and Kannadigas feel the same for he spoke eloquently in Tamil and Kannada as well. He used to give many anecdotes about Tamil, Kannada, Hindi and Malayalam greats in his Telugu shows.

Mohammed Rafi was his favorite singer and his songs were the ones he sung in early days for auditions. Not only was he a sought-after dubbing artist but his roles as an actor in movies like Mithunam ( where he brought alive the character of Appadasu) are legendary.

In shows like Padutha Teeyaga, he continuously spoke about how to pronounce a particular syllable (like the letter श), where to break the word, how not to ruin a beautiful samasa (compound word) and its importance during a padyam.

He made sure to understand vyakaranam (grammar) and chhandas (prosody).

Often, the viewers would be left amazed at his love for the language and his knowledge. The extent to which he analysed the philosophical meaning of the lyrics showcased his mastery over the language, idiom, and subject.

And music directors would be reminded that had he been picked for a particular song in place of the original singer, he would have done better justice to the words and brought out the bhava better.

Thanks to him, all such anecdotes are now preserved and will be cherished for a long time to come.

In doing this for the past 25 years, he became a cheer-leader for the language itself and also its ambassador, especially in the movie industry.

Every single question posed to him in interviews would send him on a journey into nostalgia and produce a long and detailed answer. Rapid-fire questions had no place! He had the rare honour of singing for the Tamil version of Sankarabharanam, which was dubbed after a gap of three decades and remarked that his voice didn’t change!

When he sang Sangeetasahityasamalankrite on Saraswati, it was only befitting as his personality too was equally adorned with knowledge of sangeeta and sahitya.

It is indeed rare to see such a combination of swara and vak (note and word) and rarer to see a man very aware of these skills and his responsibility to preserve them for posterity.

He spoke about how he was wrongly criticised for not letting other singers come up while he thought it was because he sang exceptionally well. Few have that blend of confidence and humility. Many singers were introduced through Padutha Teeyaga and other shows and said he had a sense of satisfaction and redemption.

While he attains Sivapadam, we are left with his nectarine songs and words!