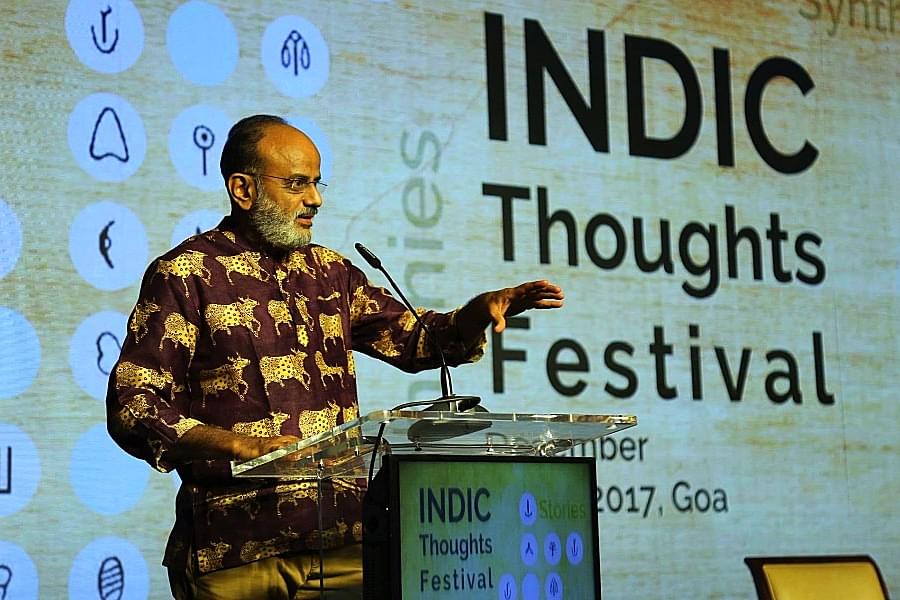 Any discussion on India’s Soft Power potential invariably leads to lamentations on how the country has not systematically invested in building the infrastructure and institutions that are needed to exploit it’s potential. Most people would agree that India has so much to give to the world and yet it has failed to register a sufficient presence in the international arena.

It is important to understand that soft power doesn’t necessarily flow from political or military heft. No wonder China is struggling on this front. It can be seen that countries with tremendous political or economic powers continue to fail at projecting soft power. The United States, on the other hand, is perhaps the only country that dominates all spheres - economically, militarily, and culturally - with equal aplomb.

All these themes were briefly raised and discussed during a presentation on India’s soft power potential by Hari Kiran Vadlamani, founder of Indic Academy and Creative India Academy – two institutions being set up to work on India’s soft power related themes and initiatives. The presentation was made during the Indic Thoughts Festival organized as part of India Foundation’s well-known India Ideas Conclave 2017 edition held earlier this month at Goa. (Vadlamani is also Director, Swarajya)

Subsequently Consulting Editor Jaideep Prabhu sat down for a more detailed video discussion with Vadlamani to discuss about his perspective on Soft Power, his vision and plans to export and popularise India’s culture abroad, how the Indian State can pitch in to facilitate it and so on. The video recording of our chat is given below.

During his chat Vadlamani touched upon how culture can indeed be a source of economic power. He outlined a multi-pronged strategy to move in that direction. He has identified 12 verticals where India can work consciously to push its soft power. These are: Spirituality, Ayurveda, Yoga, Cuisine, Handicrafts, Literature, Visual Arts, Performing Arts, Music, Films, Tourism and Design.