English Gave My Generation A Voice 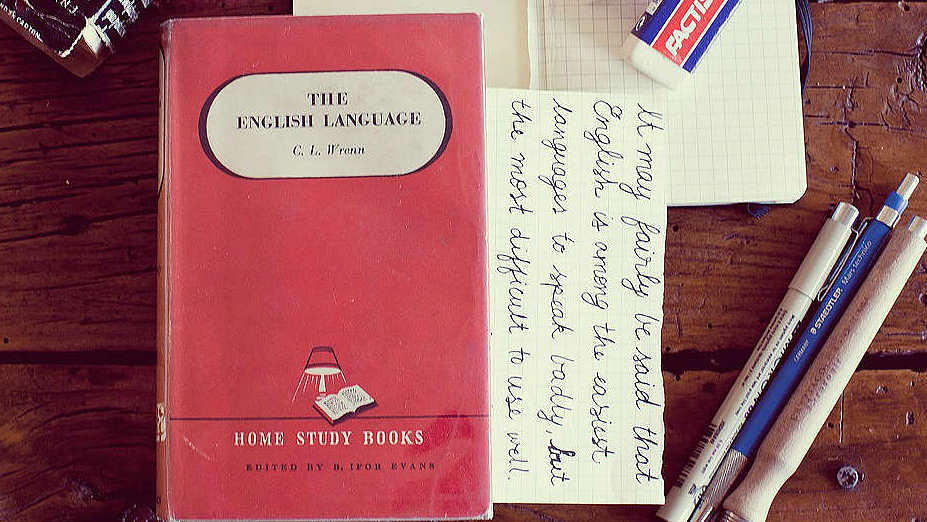 I have been provoked enough to write this, provoked by this piece by novelist Aatish Taseer, “How English ruined Indian Literature” in The New York Times. I need to rebut this.

I’m supposed to be a Tamilian, on paper. My father grew up speaking Tamil. My mother’s was a more complicated story. Her father had grown up in Andhra, her mother from Chennai, and they raised her in Karnataka. She had grown up not learning to read or write either of her parents’ languages, and instead was very fluent in Kannada. In my case, my parents lived in Bangalore and decided to send me to a CBSE school, where Hindi was mandated to be one of your languages. So in school, I learnt English and Hindi, at home I spoke Tamil, and outside it was Kannada.

As a result, my Hindi is text-bookish when it’s not Bollywoodish, my Kannada is spoken with a terrible Tamil accent, and I cannot speak anything but a Brahmin dialect of Tamil….and what’s more, I am not fluent in reading and writing any of those languages, just purely functional. Would things have been better if my first language at school had been Hindi? Going by my South Indian friends who studied at Kendriya Vidyalayas, probably not.

Schools are not great places to learn languages. Ask any American who took Spanish in high school and even today can barely manage to string a few sentences together.

I’m not alone. Fewer and fewer children are born in India with both parents speaking the same language. Even fewer grow up in a state where the official language is the same as their mother tongue. An increasing number move all over the country during their childhood. This goes all the way to the top.

Shashi Tharoor, the MP from Thiruvananthapuram, grew up in Bombay and Calcutta, as those cities were called at that time. He grew up not speaking Malayalam or Hindi, and instead resorted to English. His fluency with the language of his constituents is pretty recent. Subramanian Swamy, the BJP leader is often mentioned as a ‘politician from Tamil Nadu’, but he grew up in Delhi as well, as the child of a central government employee. His Tamil is Brahminical, and way worse than mine. His Hindi too is text-bookish. Both these politicians are however brilliant speakers in English.

I feel cheated and cut off from literature in Indian languages. When I listen to the debates on Solomon Papaiya’s Patti-manram on Sun TV, I wish I had such a command over Tamil. When my friends make references to some or the other comic book character from a Kannada magazine of yore, I get annoyed at not having been subscribed to those magazines as a child. When I read translations of Satyajit Ray’s Bengali stories featuring Feluda and Professor Shonkhu, I want to be able to read the originals.

Learning languages, even if they are from the same linguistic family, is not easy, and is pretty time-intensive. When even Prime Minister Manmohan Singh couldn’t educate himself to read and write Devanagari (his schooling was in Urdu and Punjabi, and any Hindi speech of his needed to be transcribed in Gurmukhi or Nastaliq) though he had at his disposal so many resources and a sharper mind than most, what hope do the rest of us have? I may, one day in the distant future, be able to read Kalki Krishnamurthy in original, or write romantic poetry in Tamil, but that day is not today, and I need to express myself today.

While waiting for Kalki Krishnamurthy to be translated in entirety is painful, being fluent in English does have its advantages. I’m exposed to a variety of literature from the world over. Be it the world of Wodehouse with its butlers and Lords, the fiery poems of Maya Angelou, Deon Meyer’s crime thrillers in Cape Town, or the cozy mysteries of Alexander McCall Smith in Botswana. I watch interviews of LGBT activists on Ugandan TV, melt watching films about love and anguish in Hong Kong by Wong Kar-wai, and marvel at the miracle that is the movie Life of Pi –an English movie set in India, made by a Taiwanese-American, based on an English novel by a Spanish-born child of French-Quebecois parents.

I am able to dream of being a writer on Saturday Night Live, and can submit writing packets to NBC. I can go on a standup stage in New York City and tell jokes that show my Indianness in a positive light and break stereotypes perpetuated by the likes of Russell Peters. I can go to any part of the country and be assured that my not knowing the local language won’t inconvenience me too terribly. Most importantly, the wide reach of English among my countrymen means I don’t have to be at a loss of words to express myself and be heard even though my schooling didn’t make me proficient in an Indian language.

Aatish Taseer’s assertion that English is killing Indian literature would have caused our very own R.K. Narayan to spin in his grave. Narayan was once criticized by a journalist for writing in English instead of an Indian language, and he replied that he does write in an Indian language—English was certainly an Indian language. It bothers me a lot that Mr Taseer chooses to mention Rushdie, Seth, Ghosh and Roy, but misses out mentioning Narayan, Raja Rao, Ruskin Bond, Vikram Chandra and so many other writers whose language was/ is English but their ethos Indian. Perhaps Mr Taseer is not familiar with them, because they did not write for a western audience or win awards given out by the West.

Mr Taseer says: “It is not possible for writers like myself to pursue a serious career in an Indian language…We could always write about our country, but we had to always keep an eye out for what worked in the West”. The proprietors of Times of India (the world’s largest-selling English-language daily) and Mr Chetan Bhagat would like to disagree there. There is a large enough market for Indian writing in English within India itself.

While Mr Taseer can dismiss Mr Bhagat’s writing as terrible, he must understand that Mr Bhagat’s books are not for the likes of Mr Taseer or the Western award-giving audience. He writes for the children of people like the English-hating boatman Mr Taseer starts and ends his piece with, people who might have been intimidated by English writing otherwise. Such writing has opened the floodgates to other easy-to-read literature being more easily accepted by Indian publishers. Writing quality is a subjective metric, and once the market is open, it remains open for better writers than Bhagat to write for.

That said, if Mr Taseer can’t see why Mr Bhagat strikes a chord with Indian youth, perhaps he wouldn’t have made a huge success of a career in an Indian language either. He fails to understand that language is just a medium, and the ideas you have are more important. An increasing number of Indians are realizing that. We have people like Arunachalam Muruganantham, known for his low-cost sanitary napkin, attain fame worldwide. People like him are all bringing home the message that English is nothing to be intimidated by, more so since the French and Italian delegates at their conferences aren’t ashamed of their accents either.

‘Easy multilingualism’ of the Tagore, Premchand and Iqbal sort was possible because it was a simpler world with much less inter-caste or inter-religious or inter-region mixing, and cities like Bangalore didn’t exist where only 54% of the population has their mother tongue the same as the official language. Besides, Tagore and Iqbal were hardly typical citizens. They were from distinguished families that could afford them a specialized education. Even there, Sarojini Naidu didn’t write in her native Bengali or her adopted Telugu, but in English. Mr Taseer can afford to relearn Urdu and Hindi as an adult, but for the rest of us, we have livings to make that don’t rely on our proficiency in Indian languages.

Literature in Indian languages is far from dead, though. Tamil writing continues to thrive, and my extended family continues to discuss the latest serial in the magazine Kumudham with great interest. I find S.L. Bhyrappa being quoted more and more often, even if it is only to bolster points made by the right wing. More people are reading U.R. Ananthamurthy even if it is to see what the controversies are all about. I see writers transitioning to writing lyrics, like Kutty Revathy in Mariyaan, and screenplays, like Sujatha. Writers are still ‘comfortably biligual’, like the Tamil writer Meena Kandasamy.

I for one am glad my nation adopted English as a lingua franca. It is the reason India has stayed together. In Spain, Franco imposed Castillian Spanish on all citizens, attempting to stamp out Catalan, Basque and Galician. The result now is anger culminating in a strong Catalan separatist movement. My country is a hundred times more populous and our languages have a lot more deep-rooted history and passion behind them. I’m pretty glad we didn’t let language politics affect us more than they did and that we continue to remain not just united, but a thriving power that deeply influences and inspires the Anglophone world.

Priya Venkateshan works in the software industry and has an interest in machine translation in Indian languages.
Get Swarajya in your inbox everyday. Subscribe here.
Tags: