Everything Is Consciousness: Notes On Kashmir Shaivism 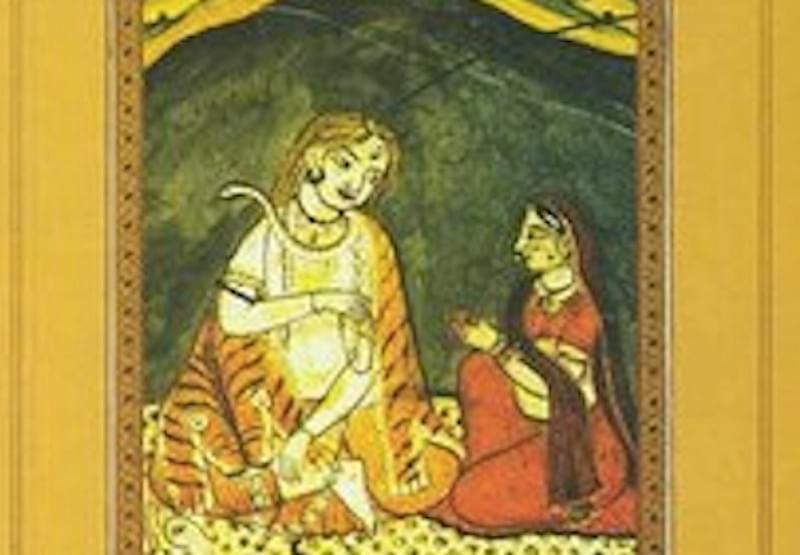 A reflection on consciousness and Realization as found in the centuries-old tradition of Kashmiri Shaivism.

“Not only does God play dice, he sometimes throws them    where they cannot be seen” – Stephen Hawking

The earliest reference to the geographical entity known as Kashmir can be found in ancient Hindu texts known as the Nilamat Puranas. In the Puranas, a legendary sage, the Maharishi Kashyapa was summoned to Kashmir to rescue its’ erstwhile inhabitants from the oppressive demon Jalodbhava who dwelt in a primordial lake called Satisar. Rishi Kashyapa drained the lake by cutting a gap in the hills at Varaha Mulla (Baramullah) thus enabling the demon’s subsequent demise. The valley that emerged after the lake was drained is today known as Kashmir.

The Nilamata Purana tells us about the Valley’s origin from the waters – the syllable Ka (water) combined with Shimir (to desiccate). Therefore, Kaashmir stands for “a land desiccated from water”.

Alternately, it is believed that Kaashmir is a cognate of either Kashyapmir or Kashyapmeru, denoting the “sea of Kashyapa” and the “mountain of Kashyapa” respectively.

I was introduced to Kashmiri lore by my late grandfather, Prithvinath Zutshi, a Kashmiri Pandit and ardent scholar. He had earned his academic chops at Cambridge under his mentor, renowned physicist and Nobel laureate Paul Dirac. Dirac was a virtual legend who counted among his admirers giants such as Albert Einstein, Werner Heisenberg, Neils Bohr and Robert Oppenheimer.

When I turned thirteen, grandfather gifted me with a dog-eared copy of Rajataringini (River of Kings), a seminal history of pre-Islamic Kashmir written by Kalhana in the 12th century and translated into English by Hungarian archaeologist Aurel Stein in the early 20th century.  It was through Aurel Stein that I first learnt about the creation myth of Kashmir.

Once, during our morning walks, grandfather began to speak animatedly about Einstein’s concept of the Space-Time Continuum and called it Mahakaal or Shiva, the ‘Lord of Time’ who creates and destroys the universe in his aspect as Nataraja, the supreme lord of dance. He described Shiva’s Tandava as a world-straddling dance that drives the eternal cosmic cycle of creation, preservation and dissolution.

In a voice suffused with a sense of mysterium tremendum, grandfather would often speak of the parallels between his lifelong passions – Quantum Theory, Astrophysics and the rarified aspects of ‘Pratyabhijnahrdayam’ (The Science of Self-Recognition), a core concept in the Trika system of Kashmir Shaivism, propounded by Abhinavagupta (925-1025 CE) among others.

Pratyabhijña literally means “spontaneous recognition”, as it does not have any upāyas (means), that is, there is nothing to practice; the only thing to do is recognize who you are. This “means” can actually be called anupāya, Sanskrit for “without means”. In the words of Swami Lakshmanjoo, a doyen of Kashmir Shaivism,-

The moment recognition dawns, not only do you instantaneously become divine, but you also realize that you were already divine.

The teachings of Kashmir Shaivism are derived from the ninety-two Tantras, also known as Agamas, revealed by Lord Siva in the form of a discourse between himself and the Divine Mother. It deals specifically with the sixty-four monistic Tantras, known as the Bhairava Tantras, the essence of which is called ‘Trika Shaivism’. The doctrine of the Trika or Triad constitutes the Anu or Nara – the individual, Shakti – cosmic power, and Shiva – the ground of Shakti.

Lay readers are often confused by the seemingly paradoxical existence of both dual (Tantric) as well as non-dual (Vedantic) traditions within the ambit of Hinduism, but as we shall see the dichotomy exists purely for the sake of epistemic convenience rather than conceptual literalism.

Monism is based on the concept of the Monad (derived from the Greek “monos” meaning “single” and “without division”). It posits that the totality of all existence can be explained in terms of a single reality and that all existing things go back to a source which implies not only unity of origin but also of substance and essence. Thus, the fundamental character of the universe is unity. As a philosophical position, Monism was espoused by pre-Socratic thinkers like Parmenides to Post-Socratic ones like Apollonius, Plotinus and modern philosophers like Baruch Spinoza.

Monism can be most clearly identified in Advaita Vedanta in which ‘Brahman is the eternal, unchanging, infinite, immanent, and transcendent reality which is the Divine Ground of all matter, energy, time, space, being, and everything beyond in this Universe’ (Jeffrey Brodd, World Religions).

The beauty of Sanatana Dharma, (generically known as Hindu philosophy) is that not only does it provide an elaborate ontological framework to comprehend the Absolute from an intellectual standpoint, but also lays out an exhaustive practicum and methodology to attain Liberation through a variety of Tantric and Yogic modalities – each one designed for a specific type of aspirant. There never was a mandatory set of laws to be rigorously adhered to, rather complete freedom for the individual to choose what was appropriate in their particular context.

The Sanskrit term Dharma denotes ‘the Way of Being’, somewhat similar to the Chinese concept of Tao. Dharma can be expressed as the natural, innate behavior of things (duty, law, ethics, virtue). Every entity in the cosmos has its own dharma – from the electron, which has the dharma to move with a specific velocity and spin, to the components that make up the eco-system – clouds, rain, plants, insects, the macrocosm – solar system, nebulae, galaxies and ultimately, Man – the eternal Subject. Man’s understanding of the innate order – the dharma of the world around him is what we call physics.

Dharma is conceptually very different from the Judeo-Christian or Islamic definition of ‘Religion’ – ex cathedra pronouncements from a central authority, imposed universally, usually under implied threat of divine retribution for apostasy. Unfortunately, the two concepts are often taken to mean the same by orientalist historians.

A defining attribute of Tantra is the pursuit of power. Tantric traditions are thus those that aim at ramping up the spiritual power of the practitioner to realize their true, original and undivided nature. The soteriological description for the essence of such power is Shakti (the female counterpart to the male divine principle, Shiva).

Whereas in Shākta tantrism, Shakti as a Goddess is herself the ultimate deity, in monistic Kashmiri Shaivism she is incorporated into the metaphysical essence of the God Shiva. Somananda, a progenitor of the Trika system, likened the Shiva/Shakti dichotomy to fire and the heat generated by it, thus concluding that they were one and the same.

In David Peter Lawrence’s excellent work, ‘Rediscovering God with Transcendental Argument: A Contemporary Interpretation of Monistic Kashmiri Shaiva Philosophy’, he says, “The basic pattern of spiritual practice, which also reflects the appropriation of Goddess worship (Shaktism) by Shaivism is the approach to Shiva through Shakti. As the Shaiva scripture Vijnāna-Bhairava proclaims, Shakti is the door. The adept pursues the realization of identity with the omnipotent Shiva by assuming his mythic agency in emanating and controlling the universe through Shakti. Thus in the sexual ritual a man realizes himself as the possessor of Shakti within his partner. In more frequent internalized “theosophical” contemplations one realizes oneself as the possessor of Shakti in all her immanent modalities with the aid of circular diagrams of cosmogenesis (mandalas) and mantras.”

The Tantraloka, considered to be the seminal exposition on Tantric Shaivism was written by Sri Abhinavagupta in the 11th century, acknowledged as one of the greatest minds the continent has produced. He was renowned throughout India for his theory on the nature of aesthetic experience (Rasa), which he saw as a link between mundane reality and the inner bliss of enlightened consciousness. Study of aesthetics was a traditional Shaiva subject in Kashmir because of the importance of dance and music in liturgies and the inherent aesthetic sensibilities of the Kaula mystical cults.

Abhinavagupta spoke of Anuttara as the fundamental reality underlying the whole of manifested existence, also identified with Siva, Sakti (being identical to Śiva), the supreme consciousness known as Chit or Brahman) and the divine pulsation or Spandan.

Kashmir Shaivism went underground for a number of centuries after the onslaught of Islam and the mass conversions that followed. There may possibly have been Tapasvis or practitioners clandestinely following the teachings, however there was no documented intellectual activity after the 14th century. The grand tradition was only revived in the 20th century by Swami Lakshmanjoo  and more recently by his disciple, Oxford professor Alexis Sanderson, the world’s foremost authority on Kashmir Shaivism, and a dedicated practitioner.

Swami Lakshmanjoo  helped revive both the scholarly and yogic streams of Kashmir Shaivism including the Vigyan Bhairava Tantra, a key text of the Trika school.

As the story goes, Devi, the goddess, asks Siva to reveal the essence of the Way to realization of the ultimate reality. In his answer Siva describes 112 meditation methods or centering techniques (dharanas) to enter into an all-encompassing and transcendental state of consciousness. These are collectively known as the Vijnana Bhairava Tantra and include a number of yogic breathing techniques, concentration on various Chakras or energy convergence points in the body, single-point awareness, chanting, visualization and a deconstruction of sensory data coming in through each of the five sense portals.

I departed from the shores of India in my early years to make a new home in the United States. When I heard news of my grandfather passing away due to a brain-stroke some years back, I was transported back to those innocent times when he’d drive me to his favorite haunts, and over steaming cups of coffee would rhapsodize about the wonders of the cosmos, as I gazed in wide-eyed wonder. I now realize he had no one else to talk to, and in the increasingly frenetic pace of life, had been relegated to the museum of memories and nostalgia. My young mind was fertile ground for him to plant ideas and dreams, which I lapped up with the eagerness of a neophyte.

My grandfather has returned, back to the stardust from which we all are formed, but that god-like apprehension of a vast, unfathomable universe teeming with mystery and wonder, the mysterium tremendum et fascinans, will remain with me forever. Perhaps his brain-stroke was poetic irony; maybe the numinous ocean churning inside him could no longer be contained in its tiny human receptacle and had to simply burst out and unite with the Source.