In The Northeast, This Question Would Be Like Asking Someone In Mumbai, ‘Lata Mangeshkar, Who?’ 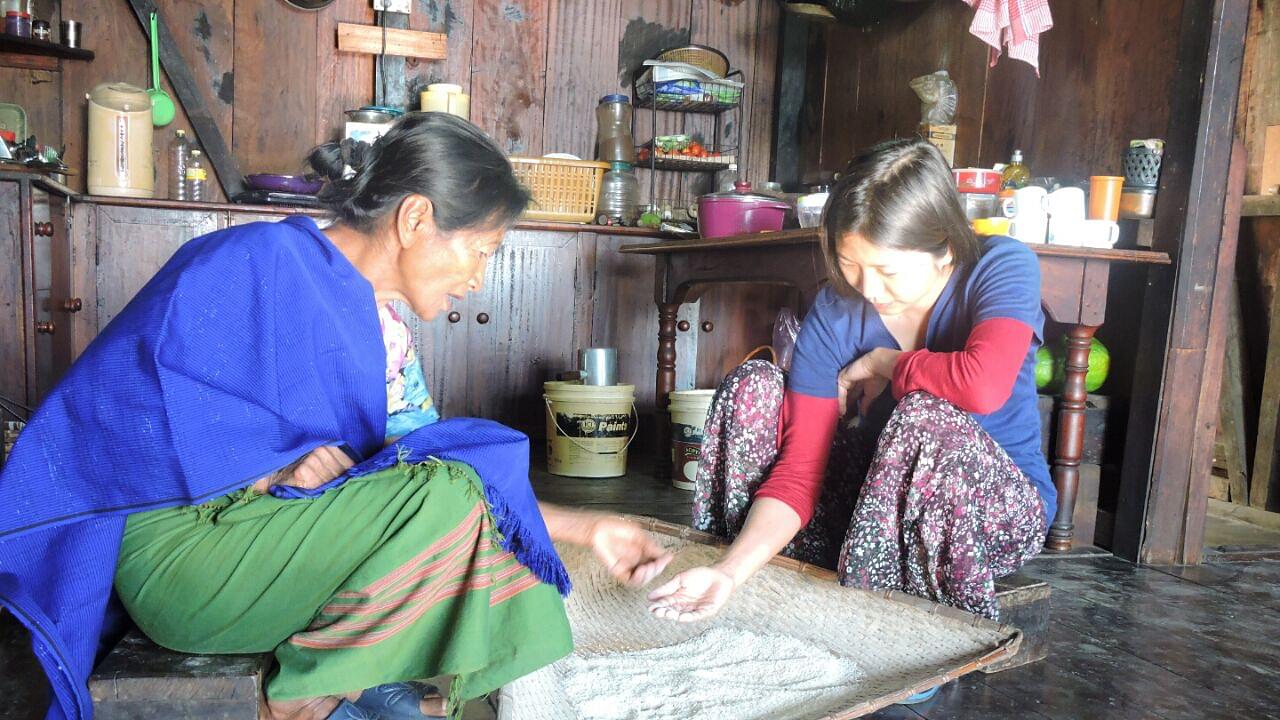 I recently met a person who had never heard of Lata Mangeshkar.

I know. My eyeballs also popped out of my sockets, too, and almost refused to return.

After the initial shock (even outrage) died down, it struck me that there must be thousands more of, well, not “them”, but “people like us”. All frogs, smug in our separate wells, which we think is the entire universe. And for some of the frogs who have never heard of Lata Mangeskar, it must be as shocking that we, the frogs in other wells, have never heard of Joha. Or even know what it is.

Oh, for crying out loud, you croak. Here we are, teetering into yet another New Year, replete with hope and resolutions (even though we kinda know that the New Year may be just as stinky as the old one). And there are so many more important things than finding out about....

Oh alright, you ree-dip disgustedly. (Did you know that the sound of frogs croaking can help you relax and sleep?) What in the name of should-I-keep-resolution-number-23-from-last-year’s-new-resolution-list name is Khowji, Miatong, Dalkachi and the rest of the unpronounceable blah-blah-blahs?

You just asked a question, that, in the North East of India is tantamount to asking “Lata Mangeshkar who?” These are all names of varieties of rice (and only a few of a breathtaking span of at least 10,000 cultivars) that grow in a region where, at least 10,000 years ago, along with Burma, Thailand, Laos, Vietnam and southern China, man tamed what was a mere grass, to what we now know, and eat by the tonne and in a million different ways -- as rice.

Or you could say, the Lata Mangeshkar of Indian cuisine.

Okay, you knit your exasperated brows and cry. But why is this important now?

What’s it got to do with the New Year?

Well, among all the new beginnings tremblingly awaiting us in 2018, there are the assembly elections. In eight states. And four of them are from the Northeast -- Tripura, Meghalaya, Mizoram and Nagaland.

What better time than this to find out....

....that Basmati is not India’s sole queen of aromatic rices. Three equally spectacular monarchs of aroma and taste come from the Northeast. Tai from Mizoram. Chakkhao from Manipur -- “chakkhao” is a combination of “chak” meaning  rice and “ahoba” or “hao” meaning delicious. Of course, Joha from Assam, waiting in the wings to dethrone Basmati’s monopoly of India’s rice exports and so fragrant, that, according to the Saptakanda Ramayana, a 14th century Assamese version of the Ramayana by Madhava Kandali, Ravana had it cooked, so that its aroma could awake Kumbhakarna from his slumber!

...That rice is not just food in the region but such an integral part of life here that many Northeastern tribes have rice goddesses. For example, the Meities of Manipur have a rice goddess called Phoinobi. Arunachal Pradesh’s Adi tribe pray to the goddess Mopin for a good harvest, believing, that, she gave their first ancestors rice seeds and taught them how to cultivate rice -- perhaps, the reason why there are only rice goddesses and no rice gods is because rice cultivation is a woman’s domain in the Northeast.

Their knowledge is so vast (it is estimated that Garo women know of over 300 indigenous varieties of rice) that they choose what type of rice to sow by season, kind of use, length of harvesting time, type of soil, altitude of land. Amazingly, they do the selection using a combination of instinct and by just touching and looking at the rice grains!

....that rice is not just food but a measure of a man’s (and only a man’s, because the women are already rice goddesses, see?) status, determined by the presence (and size, naturally) of a rice storage barn near his house which must stock only rice grown in his fields.

....that the diversity of rice in Nagaland is so huge that the state’s Agriculture Research Station (SARS) has identified 867 traditional ‘land races’ of rice growing there.

...that in Manipur, rice is also medicine, used to treat a host of ailments -- from mouth ulcers to scanty lactation. Actually, Manipur is just following an ancient Indian tradition, because in Ayurveda, rice is an important medicine. Both the Charaka Samhita and the Sushruta Samhita have detailed references to rice, used as a diuretic and tonic and to treat, among other things, fevers and ulcers.

...that all over the Northeast, rice is used to make head-spinning variety of (rice) beers. Beers that are not merely tipple, but, like rice, they occupy a very special place in life. They are the “fire” around which lore is told and made. They are offered to revere gods and honour guests, as tools of diplomacy to strengthen inter-tribal bonds, as apologies and thank yous, as talismans against evil, as medicine and nutritional supplement (it is said that one variety can prolong life and purify blood), even as a welcoming drink (a few drops, actually) to the new born. And, to name a few, there’s zutho from Mizoram, yu from Manipur, apong from Arunachal Pradesh (best when sipped out of a bamboo shoot, apparently), chuwak from Tripura and Ka Kiad and Bichi from Meghalaya.

I could go on, but the important point is that it seems that it is in the little known, even lesser understood north-east of India, where rice gets its deserved due -- as the Lata Mangeshkar of Indian food. And yet, the region contributes to just a little over 6 per cent of the annual rice production in India – perhaps, a pointer of how small is the mutual involvement of the region and the rest of India.

But, we are into another new year -- another chance to make new beginnings, to forge new relationships. And food is always one of the best places to start. So, here’s my New Year wish...

...that, in 2018, the people’s representatives elected will really represent we, the people and not their own selfish agendas.

...that the Northeast won’t remain India’s “Lata mangeshkar, who?” And that the next time you stir your rice payasam, the rice will be the Manipur’s famous black sticky rice. And that the Basmati in your biryani (or khichdi or pulao) will often make way for Assam’s rice ambassador, joha, its aroma wafting gently out to wake up you and your loved ones, to see that your dreams have come true.

I must end though, with a wish that comes from one more sobering thought that my “Lata Mangeshkar, who?” person made me think. How many of us know that SD Burman is the son of the Maharaja of Tripura and his mother, a princess from the royal house of Manipur?

In other words, frogs we all are, basking our supercilious we-know-it-all selves in some little well or the other. So, raising a glass ... I’m sorry, I mean, a bamboo shoot of rice beer, here’s wishing that in 2018, every now and then, when we get too full of ourselves, we hop out of our wells to view the view from others.