Indian Tennis: Why Do Our Talented Juniors Disappear? 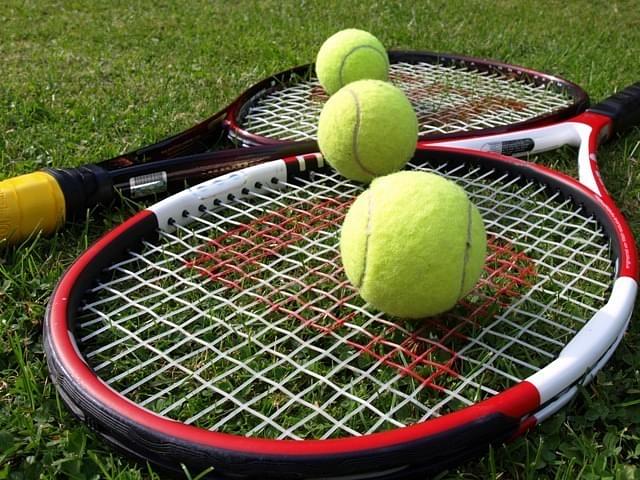 I first heard about Novak Djokovic in the autumn of 2003. I was training at the Delhi Lawn Tennis Association when the news came in that the Indian under-16 junior Davis Cup team had lost its first league match to Yugoslavia. A certain Novak Djokovic had beaten one of our boys, Rupesh Roy 6-4, 6-2.

Anyone who understands tennis knows that a 6-4 6-2 scoreline usually means that the match hasn’t been a one-sided affair. Roy had made Djokovic work hard. Both the boys were almost evenly matched in skills and fitness.

Cut to 2015. Djokovic is the current world No. 1, and he has remained unbeaten going into the French Open, the second Grand Slam of the year. He is already considered to be one of the greatest tennis players of all time. Roy, on the other hand, is not even in the top 400.

Clearly, the gap between the two boys, which used to be a tennis net once, kept getting wide since their meeting in September 2003.

This is pretty much the story of Indian tennis. So, we can’t really blame our genes and say that the Indians are not cut out for the sport. The reality is that, at the junior level, there is no shortage of talent. Referring to ‘genes’ is a simplistic explanation for why this talent doesn’t blossom at the pro level. When you dig deeper, you realise that the real issue is entirely different.

The first and foremost reason why most talented junior tennis players drop out is lack of funds. Tennis is an expensive game. A decent tennis racquet and a pair of shoes cost nearly Rs 10,000 each. When you play at a competitive level, two of each is the minimum requirement. Something as basic as stringing your racquet costs Rs 400, and a player, on an average, needs to string the racquet at least once a month. Add to that, the cost of coaching and travelling, and you are looking at expenses of anything between Rs 1 lakh and Rs 3 lakh per year.

Richa Valecha, a former national level tennis player from West Bengal, says, “Tennis being mostly sponsored by individuals themselves, it becomes almost impossible for most players to spend exorbitant sums of money and either get trained by good coaches or go abroad to play tournaments. Even if you win tournaments and end up making some money, it all goes back into taking care of your costs. Most professional players in India live a hand-to-mouth existence. The rational thing to do then is to drop out. ”

This is exactly what led Vivek Shokeen, a former India Davis Cup player who was ranked 26 in the world juniors, to stop playing competitive tennis in his mid-20s. “Coaching offered me more stability than playing Challengers. You can only go to a certain extent, and keep spending money on something you love.” While relevant skill sets, besides physical and mental strength, are essential for a tennis player, one must add a healthy cash flow to the mix to become a successful tennis player.

Another former player, who did not want to be named,remembers, “There were times when I made over a lakh per month by just playing the game. But, I spent close to 1.5 lakh just to sustain myself. I was playing, winning and losing money. Only a handful of players in India get sponsorships, and even that is limited to providing you with equipment and apparel. Travelling is what kills you. Unlike a team sport, the association does not make our arrangements.”

This emphasis on travelling for tournaments is also another reason why a lot of middle class children, in particular, drop out of the sport. At 14-15 years of age, you are expected to be constantly on the road. Ideally, 30-35 weeks should be spent playing tournaments. This means missing school for 30-35 weeks.

Shweta Dawar was a talented junior level player who played for Maharashtra and Mumbai University. Her CA father and homemaker mother took great pride in her sporting talent, but also insisted she do well academically. “In India, people want you to do well in academics too, even if you excel in sports. That takes a lot of effort. I do not play competitively anymore. This is because, in India, taking up sports as a career is a big risk, more so when your parents want you to excel in academics too.”

For children,who have the talent and family support to pursue tennis, the second big barrier comes in the form of the brutal physical and mental demands that the sport makes. Leander Paes father’s Dr Vece Paes once famously said,”I wouldn’t recommend tennis unless your child is exceptionally talented and physically fit.” Tennis requires a lot of hard work and perseverance. And, while blaming genes and food habits offers an easy way out, the truth is most tennis players don’t put in the extra effort.

Ashutosh Singh, who played professional tennis for 10 years, is now an occasional coach. Talking about the issue of fitness, he says, “Except Leander, Somdev Devvarman and Jeevan Nedunchezhiyan, I haven’t seen or heard of many putting in the hard yards in training, including myself, for the world singles level. Most get engulfed in the euphoria surrounding junior level success. Very few players continue playing tennis after they don’t rise up the rankings as they had hoped they would.”

However, the players alone cannot be blamed for such a dismal state of affairs. Most of them meet a dietician, sports medicine expert and a quality fitness expert only after they get into the national side. By then their American and European contemporaries gallop ahead of them. Sometimes, that gap between them and the Indian players distance is just a few odd ranking points. On other occasions, it becomes as wide as that between the current world No. 1 Novak Djokovic and his former competitor Rupesh Roy.