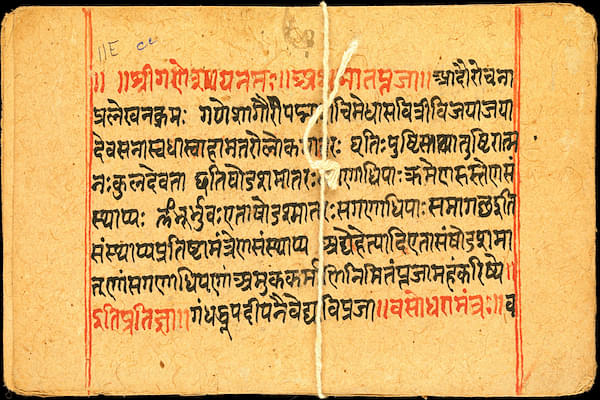 This is the last in a four-part series about the way Indian thought, culture and knowledge were systematically trivialised by the colonialists.

There is an old myth that the East and the West have forever been apart. But archaeologists are finding evidence of the ancient interaction between India and the West. This interaction was through overland and sea trade routes. In view of the trade, movements of people and ideas, the emphasis of the previous generation of historians on apportioning credit for one discovery or another to any specific racial or national group is meaningless.

The supersession of the nineteenth-century paradigm of India is not due only to new results from archaeology and literary analysis. The experience of the expatriate Indian has disproven the race theories of yesterday.

Not only have Indians established successful businesses in the West, they have been one of the most dynamic groups behind the information technology revolution both by technological innovations and providing venture capital to cover risks. The children of the emigrating Indians have done even better than their parents and are becoming leaders in the professions and in industry.

Within India as well, as the controls in the industrial sector were loosened, Indians have shown that they can compete internationally. Indian software industry has established itself as one of the strongest in the world.

I am saying this just to make the point that all humans, regardless of their ethnic origin, have the same potential. If Indians have been able to shake off the burden of stereotyping of more than a century, other ethnic groups, similarly labelled during the heyday of colonial rule, must find a way get connected to their own history.

Apart from its expected contributions to the world in the field of science and technology, the appeal of India is also due to its long-standing romance with the spirit. Indians have asked deep questions about our existence: Who are we? What is the nature of our inner self? The art historian and philosopher Heinrich Zimmer put it thus:

We of the Occident are about to arrive at a crossroads that were reached by the thinkers of India some seven hundred years before Christ. That is the real reason why we become both vexed and stimulated, uneasy yet interested, when confronted with the concepts and images of Oriental wisdom.

Modern science, having mastered the outer reality, has come to the frontier of the inner world – that includes the mind and consciousness. But scientists despair that their reductionist tools would ever be capable of dealing with their mysteries.

The Vedic texts consider reality to transcend the duality of matter and mind. This non-dual reality is called Brahman. Although seen to be present in all its material manifestations, Brahman is understood best as the knowing subject within us.

Later literature – like the Yoga Vasishtha and the Tripura Rahasya – self-consciously describes itself as addressing the mystery of consciousness.

But the vocabulary used in these texts challenges the modern reader. Scholars are hoping that translating this vocabulary into a modern form will allow us to unlock the hidden meaning behind Vedic myths, and provide new directions to researchers in the field of psychology and consciousness studies.

A Bridge to the Future

Columbus, in search of a new seaway to India, ended up discovering America. Since then America and India have met in the realm of the spirit and, more recently, as partners in the development of information technology.

In the nineteenth century, the Transcendentalists, inspired by Indian thought, gave a characteristic orientation to America’s self-definition. Mohandas Gandhi was, in turn, influenced by Thoreau, one of the Transcendentalists, to embark on his Satyagraha movement in South Africa and India. Half a century ago, Gandhi’s ideas influenced the civil rights movement in America. Most recently, Hindu wisdom about yoga, mind-body connection, and self-knowledge is being recognised by the American mainstream.

It appears that we are nearing the time when the quest of Columbus will be taken to its logical conclusion, to understanding the heart of the Indian civilisation. Indian spirituality, an unbroken sequence that goes back to hoary antiquity, holds a special fascination for all seekers. It is a spirituality that is non-sectarian, universal and unconnected to ritual. Addressing the deepest questions of meaning and knowledge, it seems to speak to man’s innermost concerns in this age of science.

India has valued material and spiritual growth. Kings and emperors sought to conquer India for its material wealth; the campaign of Alexander, the invasions of the Turks, the voyage of Columbus, the British Empire – these all had India as the focus. Indian sages, philosophers and mystics have held out a shining vision that has inspired the world. Even Alexander took Indian yogis back to Greece with him.

Indian thought was taken to China and Southeast Asia by missionaries and traders, it may also have provided key impulses to Western thought. We find the Indic people in West Asia in the second millennium BC, in the Kassite kingdom of Babylon and the Mitannis of Israel. The father of the famous Queen Tadukhipa of Egypt was the Mitanni king Tushratha (or Dasharatha). The Indic element has been seen in the beginnings of Greek art. It is quite conceivable that the religious traditions of West Asia preserve a remembrance of their Indic past.

The modern mind was shaped after adoption by the West of the twin beliefs of living in harmony with nature and search for a scientific basis to reality. In the past 300 years, these ideas of universality and a quest for knowledge – which are also Indian values – have transformed European and American society.

Many of the greatest writers and scientists of the past 100 years have taken inspiration from Indic ideas.

Perhaps the most remarkable intellectual achievement of the twentieth century was quantum theory, which is at the basis of our understanding of chemistry, biology, and physics and, consequently, it is at the basis of the century’s astonishing technological advances. One of the two creators of this theory was Erwin Schrodinger (1887-1961). In an autobiographical essay, he explains that his discovery of quantum mechanics was an attempt to give form to central ideas of Vedanta, which, in this indirect sense, played a role in the birth of the subject.

Schrodinger’s influential book What is Life? also used Vedic ideas. The book became instantly famous although it was criticised by some for its emphasis on Indian ideas. Francis Crick, the co-discoverer of the DNA code, credited this book for key insights that led him to his revolutionary discovery.

According to his biographer Walter Moore, there is a clear continuity between Schrodinger’s understanding of Vedanta and his research:

The unity and continuity of Vedanta are reflected in the unity and continuity of wave mechanics. In 1925, the world view of physics was a model of a great machine composed of separable interacting material particles. During the next few years, Schrodinger and Heisenberg and their followers created a universe based on superimposed inseparable waves of probability amplitudes. This new view would be entirely consistent with the Vedantic concept of All in One.

There are several reasons for us to believe that India will be a key player in the events of the twenty-first century. This will be due partly to the economic power that India will wield in world affairs. But more than this India’s unique role will be to address humankind’s yearning for knowledge of self. The idea that knowledge is everyone’s basic right will let people from all over the world recognise that all are equal citizens of the global village.

Part I: Western Philologists Were Responsible For The First Steps In The Devaluation Of Indian Culture

Part II: The Colonial Influence: How The British Triggered The Illiteratisation Of Largely Literate India

Part III: ‘Essences’ About India Have Been Created By The West; It’s Time We Unshackle Ourselves From Them