Innovation Nation: The Value Of Traditional And Civilizational Knowledge 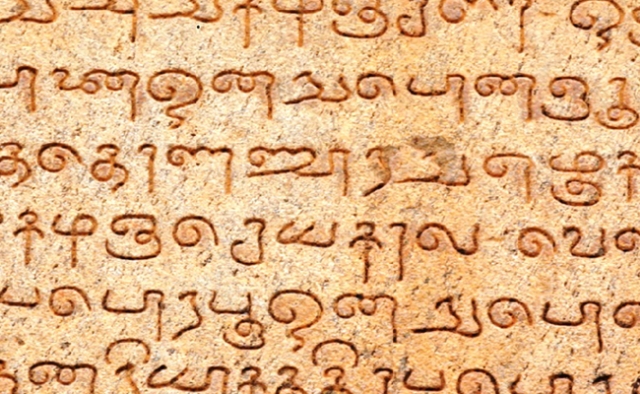 How do we protect, and utilise, our traditional knowledge systems and intellectual traditions?

Several artifacts that are valued and revered today have found their origins in the India Civilization. In this age, where individuals and corporations claim Intellectual Property rights to things that are endemic to their efforts, is it possible for a country to claim these rights, and demand royalties for several innovations that are indigenous to it?

After the signal success of International YogaDay, it would be hard for us to underestimate the true value created by knowledge inherent in society. The value can be both tangible and intangible. The tangible value comes from the fact that yoga is now a global, multi-billion dollar ‘industry’ especially in its purely physical hatha yoga form. The intangible value comes in the soft power that yoga gives to India. Thus, even from a strict definition of being something that has market value or widespread acceptance, yoga is clearly an innovation.

Yoga is just one example. A week after Yoga Day, there was the International Sanskrit Conference. Once again, this is an artifact of demonstrably Indian origin, as are some other civilizational assets such as Ayurveda, as well as much of early mathematics, for instance the so-called Pythagoras Theorem which was explicated in the Sulbasutras several centuries before Pythagoras himself.

The question, then, is what is India’s claim on these civilizational artifacts? Do they belong to India in a manner that India can (or should) monetize? Are there other artifacts that are based on traditional knowledge that India needs to assert its ownership over, and perhaps demand royalties from others? Is it possible for a nation, rather than individuals or corporations, to own intellectual property?

These are complicated questions, especially as new challenges come to the forefront in these days of rapid changes. I recently read an article on the value of genetic traits of heat resistance in view of climate change that may make certain dominant cattle breeds vulnerable. The specific topic was that of a species of dwarf cows, endemic to Kerala, known as the Vechur cow, which is a breed that is fast losing out to imported hybrids based on Jersey and other foreign breeds.

Incidentally, in this context, the traditional Indian Zebu bull has been exported to the West, which is now using this breed widely, in what some consider an example of biopiracy: the Western Bramah bull is a mix of several Indian varieties. There are also allegations that Indian genetic variants of rice – of which we have had many – have been looted, pirated and expropriated by others during Green Revolution days. This also leads to the fraught area of Genetically Modified crops, which is a major issue of contention between developed and developing countries.

Another possible claim comes from recognition of a Geographic Indication, a product that can be claimed as local to a specific area, and thus in essence an instance of local genius, such as Champagne, which is only applicable to sparkling wine from that area of France. Darjeeling tea, or the Aranmula mirror (a metal mirror polished to high levels of reflectivity using mud from the paddy fields of the area) are examples from India that have benefited from geographical appellations.

Similarly, Indian traditional designs, for instance in Kancheepuram or Banaras fabrics, are valuable assets; but, not knowing that they are monetizable, the creators of these assets often just give them away. Perhaps the most important area where India is not getting full value is in copyrights, where creations such as books, music, films, dance, etc. are often not compensated fairly for the use of their creations by others. In fact, violation of Indian copyright is absolutely endemic and is a major problem for creators and authors.

There are interesting, and hard, questions behind the whole issue of intellectual property. First of all, what is the role of the inventor, and, in a related manner, of the State? Is it the duty of the State to encourage inventors by giving them protection to their inventions as private property? On the other hand, isn’t it the responsibility of the State to make these inventions available to the public at large so that they may all benefit?

There is also another wretched question which nobody has a clear, unambiguous answer to: will innovation increase if there are strong intellectual property rights? The evidence about this is quite unclear, although one would think, a priori, that if there are strongly protected IPRs, there would be an explosion of innovation. But scholars have not been able to show a strong correlation between the two.

There are intriguing examples of the way that appropriating value has given rise to a slew of invention. The most striking example, of course, is Silicon Valley, which has made many of its inventors, as well as its design experts (consider Apple), immensely rich. Another historical example is in Britain. It may not be sheer coincidence that, in the immediate aftermath of the loot from Bengal showing up as ‘venture capital’, there was an explosion in invention (Battle of Plassey 1757, spinning jenny 1764, steam engine 1778), leading to their Industrial Revolution, and subsequently, world domination.

Can traditional knowledge, including yoga and Ayurveda, be protected? For that matter, can traditional cultural artifacts, such as Koodiyattam or Yakshagana, be protected, too? There is the entire category of Traditional Knowledge Systems, including Traditional Expressions of Culture, that is intended for the express purpose of supporting traditions, that may, in the case of Indian and many other developing nations, be in jeopardy of disappearing under the onslaught of ‘modern’, i.e. Western, substitutes.

The Indian government has created a Traditional Knowledge Digital Library, with the intent of textually preserving many of these traditions. One of the peculiarities of the current global system of IPR is the reliance on written references, otherwise known as ‘prior art’. Typically, if one can demonstrate that something has been documented for long, it cannot be patented or copyrighted or otherwise claimed by a fresh claimant. This was the context of the patents on turmeric and neem, which were overturned on appeal based on clear prior art.

A classic work of such prior art is the Hortus Malabaricus, a 12-volume encyclopaedia of the medicinal plants of the Western Ghats, first printed in Latin around 1700. Written originally in Malayalam, Sanskrit and Konkani/Devanagari by vaidyas Itty Achuthan Kollat, Ranga Bhat, Vinayaka Pandit and Appu Bhat based mostly on the palm-leaf manuscripts of the Kollat family of physicians, it is a tour-de-force of traditional knowledge. Sadly, equally impressive palm-leaf manuscripts that are centuries-old are rotting away or being eaten by termites every day. At the very least, digitizing and decoding this will add to the immense knowledge that India invented or discovered.