Is Mani Ratnam A Victim Of His Own Image? 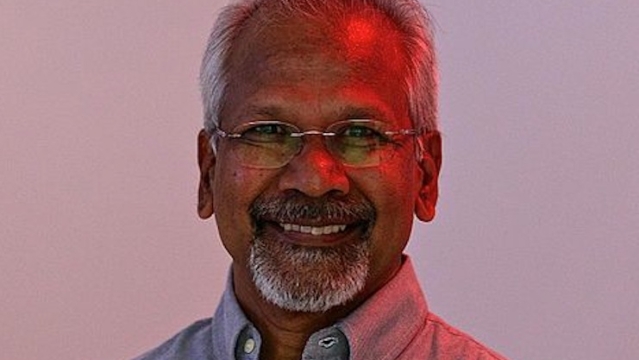 The kind of popularity that Mani Ratnam enjoys across both Tamil and Hindi cinema along with the manner in which he is revered it would be sacrilegious not to think of him as one of the greatest Indian filmmakers. Yet even with an overwhelming body of work spanning across three decades, Mani Ratnam remains more enthralling a filmmaker than a great one.

Ratnam’s films hardly adhere to any kind of loyalty to the cinema of the past. Moreover, the fashion in which he broke the shackles both physically as well as metaphysically with the past is one of the chief reasons why he instantly endeared himself to newer generations of audiences. Although his visuals rarely conjure up anything of the past, the obeisance paid to him by not just Tamil but also Hindi cinema is almost a throwback to the fealty that he supposedly delivered us from.

It’s intriguing to see that even though he was born into a family connected with films, Ratnam never developed a passion for cinema while he was young. It was in his teens that Ratnam started noticing the finer nuances of artists such as Sivaji Ganesan and the films of K Balachander, but instead of joining the family business he moved to what was then Bombay for his Masters in Business Administration from Jamnalal Bajaj Institute of Management Studies.

Even when he returned to Madras in the late 1970s following his degree he took up a job as a management consultant and films were far removed from his mind. Perhaps this is the reason why Ratnam, right from his debut Pallavi Annu Pallavi (1983), made after his uncle, a producer, challenged him to make a film within a limited budget and that too in Kananda, to his fifth release and breakthrough film Mouna Ragam (1986) doesn’t display any devotion to either the films or the filmmakers that existed around him. His different way of looking at things could also be a result of the time he spent in Bombay away from the changes that were taking place in the world of Tamil cinema thanks to the likes of K Balachander, P Bharathiraja and Mahendran. In fact, all three directors had refused Ratnam when he had approached them with his first script and their refusal led him to nurture the idea of directing himself.

The success of Mouna Ragam—a romantic drama where a woman (Revathi) reluctantly marries someone while still mourning the loss of her lover, especially when it came to breaking clichés and introducing three-dimensional characters that were as real as the audience watching the film—transformed Ratnam into a rock star of sorts. Here was a guy who was saying it like you said it and showing it the way it didn’t seem alien and yet adorning the imagery with a magic that made it extraordinary and lingered long after the lights came up.

Ratnam’s nonchalance towards the classicism, in turn, infused a new lease of life in classical cinema but also created an aura of near-veneration and with his next release, he became the new master. He cast Kamal Haasan as the lead in Nayakan (1987), a lightly disguised roman à clef of the underworld don Varadarajan Mudaliar, and the film’s success got him national as well as international recognition beyond expectations.

Ratnam was a maverick but his themes seemed puristic, he couldn’t care less about casting yet often employed stars (Haasan in Nayakan, Karthik and Prabhu in Agni Natchathiram (1988), Nagarjuna in Geethanjali (1989), Rajinikanth and Mammootty in Thalapati (1991) while at the same time he could get a well-known villain and character actor Raghuvaran to play the lead in Anjali (1990) that was about an autistic child who changes lives where the star Prabhu played a smaller part.

His next release Roja (1992) got him pan-India acclaim and elevated his veneration to dizzying heights. In retrospect, Roja might be considered a typical Mani Ratnam film, especially in the light of the works that followed but at the time of its release it tried to appear as one of those unlike-the-kind-you-were-used-to-films with Ratnam making it on a smaller budget than his previous Thalapati, with relatively lesser known faces, Arvind Swamy and Madhoo and last but not least by breaking his long association with Ilayaraja and teaming up with a first-time music composer, A R Rahman.

In fact, Ratnam himself called the film a bit of an experiment. But, look closer and you’d see how the very film that cemented his status as a renegade and created the Ratnam version of realism blending wonderfully with elements of popular cinema is perhaps a throwback to the kind of cinema that Ratnam conspicuously avoided being a part of.

Roja’s story goes like this: a man Rishi (Arvind Swamy) comes to marry a girl but she tells him that she is in love with someone else and the only way she can be with him is if Rishi were to publically ‘reject’ her but once Rishi does that he then asks for her younger sister’s, Roja’s (Madhoo), hand in marriage. Roja keeps a distance from Rishi but when she gets to know why he did what he did she can’t help but see him in a new light. Love blossoms and the two go to Kashmir where a militant group led by Liaqat (Pankaj Kapur) kidnaps Rishi, who is a cryptologist working with the R&AW, and they demand the release of their leader in exchange for Rishi. High drama ensues and Rishi is used as a pawn in the political game leaving Roja, all alone in an alien land to fight her own battle to save the love of her life.

Roja is emotional like Ratnam’s earlier films but the execution with scenes like a captive Rishi leaping to save the tricolour set on fire by terrorists once they realise that the government won’t negotiate with them is very theatrical.

The visual histrionics of Roja notwithstanding, a large part of the film’s success can also be attributed to the popularity of Rahman’s music and in this combination, Ratnam found a formula that he has since been regularly revisiting. The setting of human relations against a political backdrop can be seen in Bombay (1995), Iruvar (1997), Dil Se… (1998), Kannathil Muthamittal (2002), Yuva/Aaytha Ezhuthu (2004) and Raavan/Raavanan (2010).

In almost every film the political angle fades away as the story progresses and that somewhere gives a feeling about the set-up merely being a trope to catch the viewer’s attention. Once you notice this you can’t help but see the highly cyclic nature of Ratnam’s films. Juxtapose this with the standard set of characters (the free-spirited, aimless but strangely dedicated to some cause young‘uns) or the kind of ‘meet cute’, a Hollywood term to describe the amusing situation in which a future romantic couple meets, that Ratnam repeatedly employs like in Alaipayuthey (2000) that was remade as Saathiya in Hindi, and O Kadhal Kanmani (2015) and for the Vivek Oberoi/Kareena Kapoor track in Yuva and you get the feeling that much of Ratnam’s oeuvre is different but same, same.

While viewing O Kadhal Kanmani (2015) this writer got a sense of watching a film that Ratnam, who turned 61 on 2 June, could have very well made in the mid-1980s as a 30s someone in the shadow of a Mouna Ragam, and then again in the early 2000s in his mid 40s around the same time as an Alaipayuthey.

Has Ratnam then in some way then unwillingly become a victim of his own image?

After watching a significant percentage of O Kadhal Kanmani where a young couple that start off as friends where the guy is clearly pretending to be enjoying the platonic shenanigans while the girl seems to be fighting a strong desire to see the dude as a lover and go through the motions where they lie about living-in to his brother and what not, you sigh and wonder, ‘why’… and more importantly to what end? In this writer’s case, the second part of the question was a tad too literal as he gave up watching the film after about an hour.

The system from which Mani Ratnam emerged might have needed him to transcend, to inspire the younger lot but it seems it was Ratnam who might have needed the system more than the system wanting him. He was a part of the system but still considered to be one of a kind, and, at times, even above it. He became the beacon of a bright future and even created a platform where an entire generation of filmmakers benefited from what he had achieved yet couldn’t help but continue to keep looking over his shoulder at his own past. The legendary Hollywood filmmaker Billy Wilder had ‘How would Lubitsch do it?’ framed in gilt letters on a wall across his desk to remind him of his mentor Ernst Lubitsch and the way he’d tackle a scene.

The fact that almost every single Indian filmmaker who has ever seen a Mani Ratnam film would at some point undoubtedly have asked themselves ‘How would Mani sir do it?’ is a testimony to the genius of Ratnam. The sad part though is seeing Ratnam ask the same question.