It Is Almost Autumn Now, Here Is Some Music To Go With The New Season 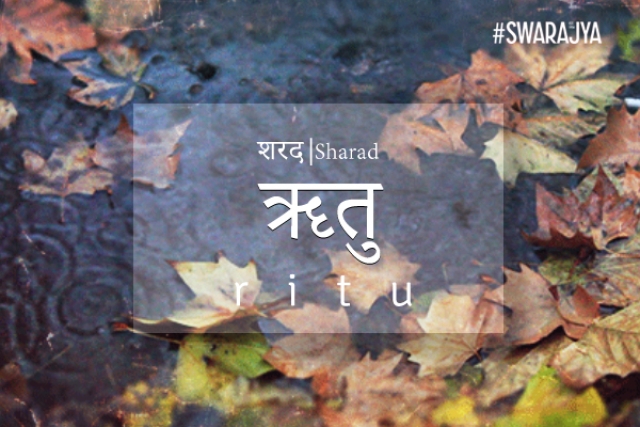 The advent of sharad ritu demands we speak of ragas associated with it, and one of the prime ragas to be spoken of in this season is Raag Bhairav. One of the most well known, widely used ragas, Bhairav is one raga that a person even vaguely interested in Indian classical music cannot not know of. Named after Lord Shiva’s avatar, Bhairav, it is only fair for the raga to be associated with sharad ritu, a season in which the old makes way for the new to emerge, fresher and stronger.

Raag Bhairav is the lead raga of its thaat (the groups of ragas). It has all the seven notes, and hence is known to have its jaati as sampoorna-sampoorna (one having all seven notes in its ascend and descend). The rishabha (re) and the dhaivata (dha) are flattened, or as we say “komal”, while the rest of the notes are natural. Re and dha are like the two lead characters of the raga, and make up the vaadi and the samavaadi of the raga. Vaadi and samavaadi simply mean that those notes are given more emphasis in the raga, and are central to the way the raga is approached.

If you pay keen attention to any good rendition, you will notice that the dha (the sixth note) is often rendered as if it’s in a rocking chair, rocking back and forth in its place. This form is called “aandolan” in the musical sense of the word. Try and notice these nuances in this fabulous, old-school rendition by Ustad Rashid Khan.

S-R1, G3-M1, P-D1, N3-S' makes it easier to explain, and easier to grasp. Raag Bhairav’s Carnatic equivalent is the fifteenth melakarta, Mayamalavagowla. Here’s a bhajan by the legendary M S Subbulakshmi. Often regarded by people as the goddess of Carnatic Classical music she is responsible, in many ways, for bringing Carnatic music not just to the world platform, but to every household.

You may have noticed, that this raga lends itself to devotion effortlessly. Like Lord Shiva himself, Raag Bhairav exudes peacefulness, seriousness, power and serenity. Because of this, it is often used in bhajans. Listen to this rendition, a bhajan paying obeisance to the ‘Gurus’ or enlightened masters by Pandit Ajoy Chakraborty and his daughter Kaushiki Chakraborty. Apart from being one of the finest musicians we have today, Pandit Ajoy Chakraborty is a learned scholar and academician whose understanding of the art, and in-depth analysis of each and every intricate detail makes him a Guru in the true sense of the word. Kaushiki is the next big Hindustani classical vocalist to look out for. She is, really, a legend in the making.

Raag Bhairav is a stream with a lot of tributaries; Raag Ahir Bhairav, Raag Nat Bhairav, Raag Basant Mukhari, Raag Gauri, being some of the major ones. But the stream of these ragas and raginis flow unabashedly towards the sea, and ultimately merge with the ocean. An ocean where every drop, every note, every Swara is another ocean in itself, waiting to be discovered, to be sung.