Itihasa Series: A Project That Aims To Bring Emotions Back Into The Telling Of History 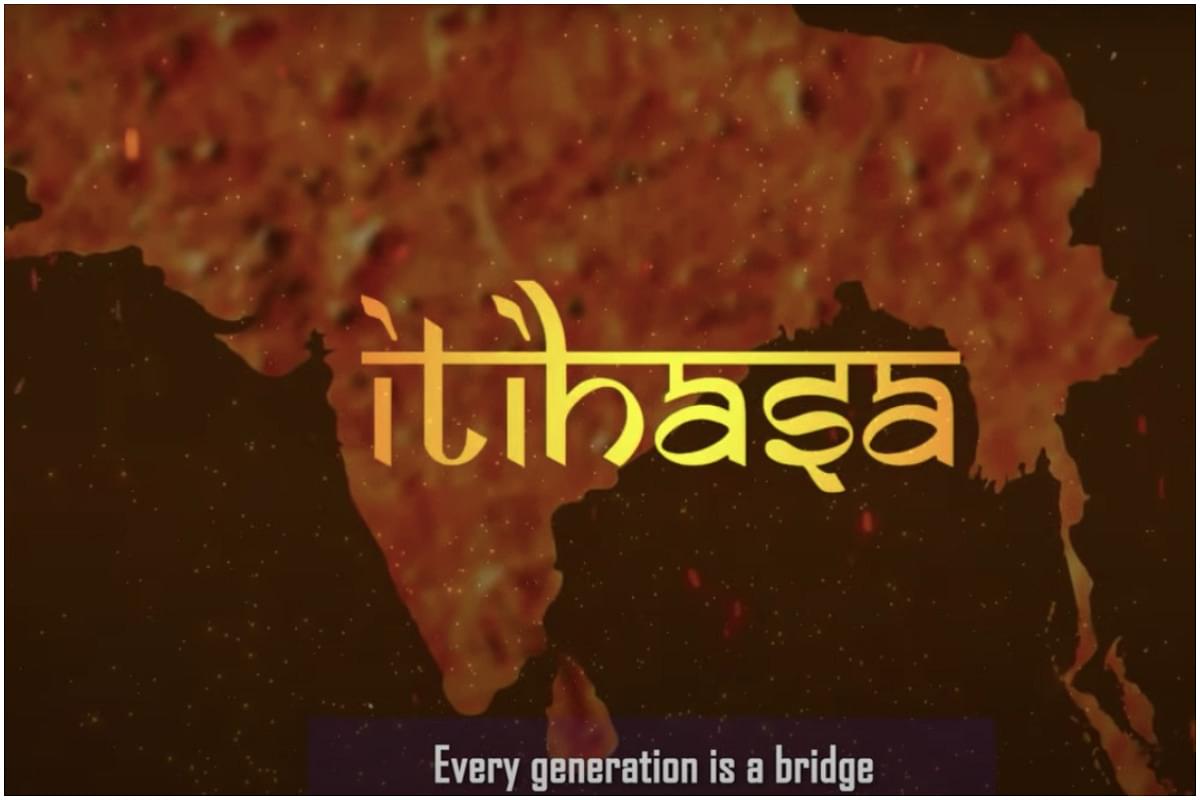 Itihasa Series: Our history in our cultural idioms

History as a subject has been made joyless. When we open the treasure chest of history, we find many gems. These gems have been deprived of their lustre. History has been made so unattractive, that it has now become a burden.

This situation of history having been made lifeless is such an irony because children love stories. Any child would come running over to you to listen to stories.

Today however, if you call the children and say you will speak about history. They’ll be repelled.

We are missing the woods for the trees. History should make us feel a rich variety of emotions, be it pride, inspiration, regret, nostalgia, courage or butterflies in the stomach. But at the moment, the only feeling history books evoke is dread.

There is a gaping void between dense history books and children’s minds. To fill that gap, Itihasa Series is one small step..

As we fill this gap, the false stories we have told ourselves about ourselves and our civilisation can be shattered. For example: a defeatist myth has been created that we never went out to explore or expand. Worse, we wear it like a badge of honour. Neither is this defeatist trope true nor does it help our civilisational self confidence. Therefore, a video on Lalitaditya Muktapida, the emperor who went out and taught the Arabs a lesson was made.

Similarly, we have many misconceptions about the role of women in our society and civilisation. So, a couple of episodes on Chennabhairadevi (India’s longest ruling queen you’ve never heard of) and Onake Obavva (a guard’s wife who thulped nearly 200 enemy soldiers) were made.

Today, books on self-help, psychology, personality development are a rage. But, even when we did not have any of these bestsellers on psychological topics, there were still people who imbibed such concepts from others who touched the heights of greatness. They did this because they picked the right lessons and role models from history. To show people have endured severe pain, tragedy and adversity with dignity and unflinching character, an episode on Chhatrapati Sambhaji was made.

History - if served as situational and appealing stories rather than dry events and dates, and in an animated form, can leave an impact. Our civilisation itself stands on stories. It is the most intuitive and instinctive way of learning. This is the thought behind Itihasa Series.

As a mother, I found that we have a void in the content which serves our children, in our own cultural idiom. So, as an entrepreneur I am trying to fill this void with Itihasa Series.