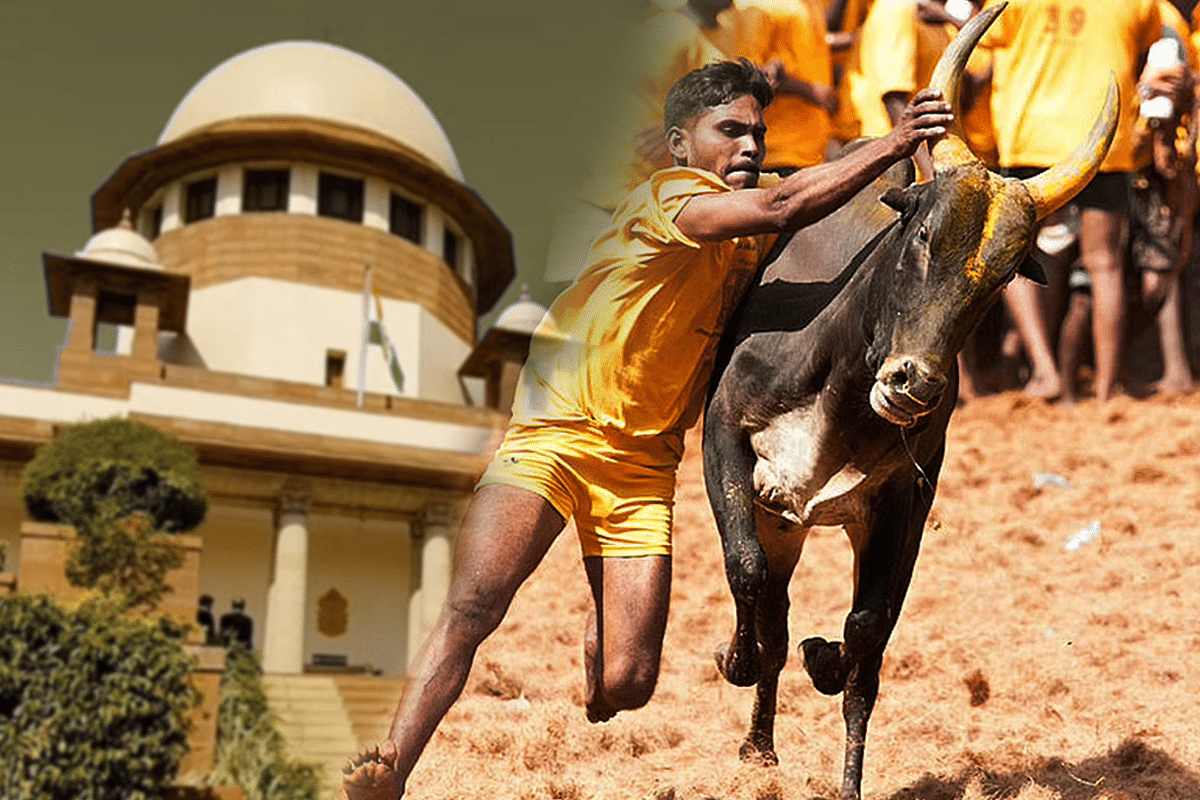 In its submissions to the Constitution Bench of the Supreme Court, the Tamil Nadu government said that the ban on Jallikattu, a bull taming sport was an attack on the cultural identity of the Tamil people.

The Supreme Court had banned Jallikattu in 2014 on the grounds of cruelty to animals.

However, due to widespread protests against the ban, the state assembly passed a bill amending the Prevention of Cruelty to Animals Act in 2017 and later on notified the Conduct of Jallikattu Rules.

It is this state law allowing Jallikattu that is now being challenged by the petitioners.

The state gave a number of arguments in favour of the law. Starting from the aspect of history, they cover a lot of areas—culture, linkage to the Pongal festival, conservation of indigenous breeds and safety.

Some excerpts from the state's submissions are as follows-

The state further submitted that the rules have been made for safety and care of the bulls involved in Jallikattu.

Also Read: Jallikattu: The Bull Beyond The Bullying Of ‘Activism’