Jeyamohan: Nothing Wrong In Hindu Gurus Having Corporate Setups, We Need More Such Institutions 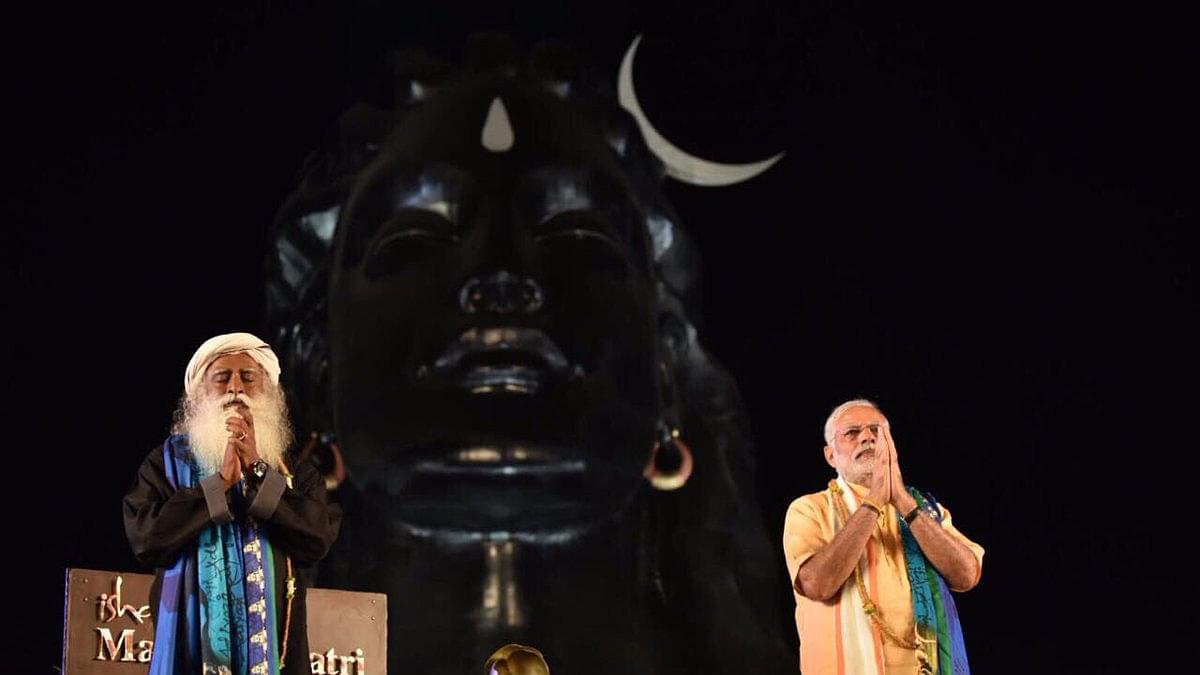 In the 1980’s, in the college in Kanyakumari, in south India where I was studying, Christian proselytising was at its peak. Both Christians and Muslims mocked at Hindu students trifling Hinduism as having nothing but meaningless rituals and traditions at its core, while both the former had a “book” to back them. And none of us had anything to say in our defence. Rather, we knew not a thing about Hindu religious books, philosophy, spirituality or if there existed such material in the first place.

Those were the days of the Dravidian movement, mainly the Dravida Kazhakam, which backed these onslaughts on Hinduism. Ridicule in the name of rationale defined the era as popular Hindu myths would be lampooned in a fashion that didn’t leave much scope for damage control.

‘If Lord Ayyappaa was born to Shiva and Vishnu, then were the Hindu Gods homosexual?’

Such ‘rational questions’ carried the day.

And sadly, there was no one who could answer, leave alone counter these ‘logical’ assaults.

The traditional Hindu monasteries and popular preachers and seers were too ritualistic themselves to answer these questions. Myths were to be reverently accepted and rituals adhered to. My questions to a very popular religious preacher in Tamil Nadu once, were met with a plain, ‘simply worship Lord Muruga and that is enough!’

Those whose erudition spanned both philosophy and spirituality were a tiny lot. They did not have the wherewithal to go to the masses. There was no institutional mechanism and it wasn’t easy either to create such mechanisms in Hinduism.

This is when corporate spiritual personalities emerged. Particularly the likes of a Jaggi Vasudev, a Sri Sri Ravishankar, or a Vethathri Maharishi.

In Nagercoil, a ground which once saw the evangelical preacher DGS Dinakaran stand in the middle of a large crowd jeering, “Is there any scriptural text for Hinduism?”, today hosts Jaggi Vasudev, addressing a larger crowd on topics like Patanjali’s Yoga Sutras and the Upanishads. Times have changed, indeed.

Today can anyone approach a Hindu youth and arrogantly verbalise anti–Hindu propaganda? There will be atleast one voice among the crowd that will respond saying Hinduism has the most wonderful texts on yoga, philosophy as well as unmatched epics. He will have the answer to those questions about the Upanishads, Yoga Vasishtha and the like.

But to get to this point, it took us two long decades and huge institutional reaching out.

Eight years ago at Nagercoil, I happened to hear the same old taunt by a Dravidian orator about Lord Ayyappa. But this time, a youth had a befitting reply. ‘Shiva symbolized Yoga Shakti and Vishnu symbolized Boga Shakti; Lord Ayyappa their synthesis,’ he explained. He further stated that such symbolism existed in all traditions and requested the orator to refrain from making nonsensical statements without understanding. The ‘rationalist’ black-shirt was taken aback and pathetically muttered asking him to read Ingersoll, Marx and Erode Venkata Ramasamy(EVR). The boy retorted that those thinkers and their thoughts were old and outdated and that the ‘rationalist’ should rather read Joseph Campbell and the likes. ‘You should first learn how to look at a symbol as a symbol. You first read and learn that and come’ he said. Impressed, I called him and enquired. He said that it was the answer Jaggi Vasudev gave for the same question in Nagercoil.

It is for this, that one needs a corporate setup.

I can say the same things, but I will not be able to reach even fifty thousand people. But the organisation built by Jaggi Vasudev can take the basic knowledge to fifty million people.

Those who attack Hinduism constituted themselves into organisations decades ago. EVR went to every town and village and collected money equal to his weight from many places. He created orators with that money and sent them to spread his message. To this day, that organisation is many times stronger than the organisation of Jaggi and has a greater political clout. All the evangelical organisations are humongous, to say the least, and their clout massive. Their international networks are unparalleled. They also have the intellectual fifth columns to support their work.

Just look at the evangelical channels on your television. They are a testimony to the massive international network that the Christian and Islamic organisations that run these channels have. And just imagine the amount of wealth they have. Neither Sri Sri nor Jaggi have such an amount of wealth, nor do they own any television channel. My own request to them would be to launch such channels, whatever the costs.

To counter the naked anti-Hinduism hate–propaganda carried out by such organisations, one needs at least one such similar counter-acting force. Jaggi Vasudev, Sri Sri are such small forces. We need even more such movements coming up.

The same organisations which have unquestioningly accepted the anti-Hindu institutions, with all their corruption and other deficiencies, for the sole reason that they spread hatred against Hinduism, are the organisations which are today defaming and indulging in hate propaganda against these newly-forming movements. Their noxious reactions are not owing to ideological differences or on ethical grounds but just a manifestation of their frustrations and anger.

Our ‘progressives’ who are at absolute ease with all these evangelical organisations, spew venom against these small Indic movements. But why, we ask? The answer is that they fear the young man who will rise and logically and successfully defend Lord Ayyappa!

Nothing unnerves them more than the emergence of such answering youth.

Jeyamohan is amongst the leading writers and critics of Tamil and Malayalam
Get Swarajya in your inbox everyday. Subscribe here.
Tags: