Baahubali - Decoding The Language Of The Kalakeya Tribe 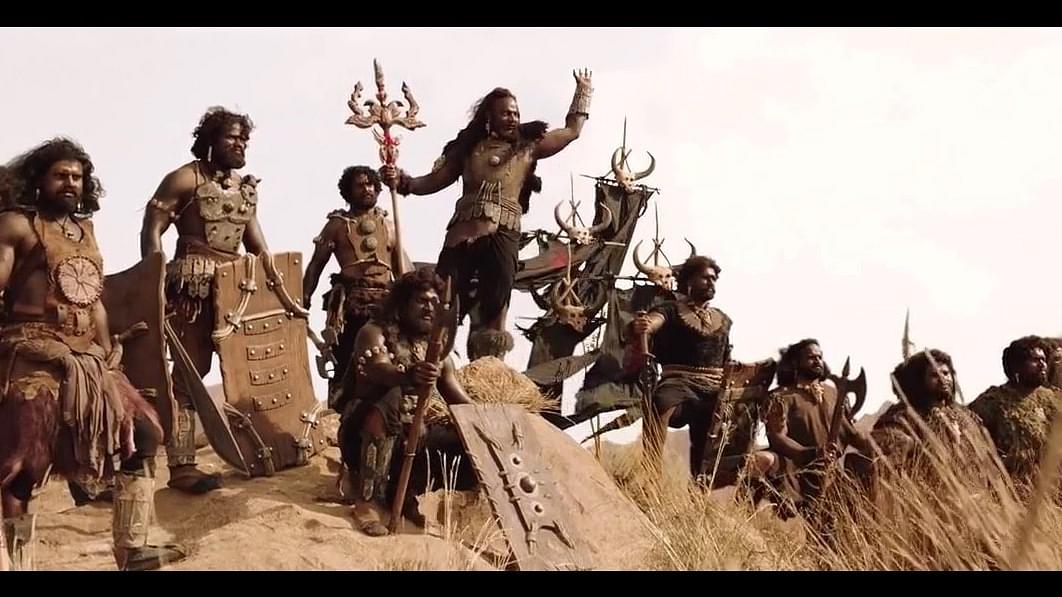 Baahubali: The Beginning was a ‘semba semba yolota’ or so would say anyone from the Kalakeya tribe featured in the biggest film in recent times whose sequel Baahubali 2:The Conclusion hits the screens today. ‘Semba semba yolota’ is Kilikki for blockbuster.

While the question, ‘Why did Katappa kill Bahubali?’, sent an entire country quizzing, an equally innovative and interestingly fresh aspect of the movie was the language spoken by the Kalakeya tribe. A country which has thousands of languages was captivated by words uttered by an onscreen fictional “tribe” in a language that no one in the country at that point of time could claim to understand.

Breaking the myth of language being a barrier to communication, Kilikki, the language of the Kalakeya tribe not just managed to grab all the screen attention, but had people looking up search engines for the language. A language that in reality doesn’t exist. Even as languages try and claim classical status and the like, and linguistic differences often turn ugly, this ‘no man's’ language and its popularity should serve as a lesson in flattening out or rising above differences or making the best of them.

For all the history and legacies that languages often claim, Kilikki is one man’s invention, who not just got an entire tribe to be its speakers but is also set to make it the next new-age lingo. Madhan Karky Vairamuthu, son of celebrated lyricist Vairamuthu who has penned the dialogues and songs for the Bahubali series is to Kilikki what Panini was to Sanskrit and his set of rules and the soon to be launched dictionary-cum-grammar will be to Kilikki what Tholkappiyam was to Tamil, the first grammar ever.

It could well be the next p-language or code language as Madhan has set the rules at their simplest best. Learning this language is actually child’s play as the origin of this language happened ten years ago as he tried to teach Tamil to children in Australia and in the process of answering their questions about complex phenomena in language, wondered if language could be anything but a complex amalgamation of various processes. It is then that he created a language, called it Click, even wrote songs in it, all for the joy of creating a new simple language.

The story of click would have ended there if not for Director Rajamouli’s desire to have a powerful yet crude sounding language that could be spoken by the Kalakeya tribe in the film. This led to Madhan diving into the decade old mini-language and creating an expanded vocabulary with 750 word and 40 grammar rules. That was the birth of a new language. He christened it Kilikki. Creating a new language was a need, as given the brutality and the gore that the tribe was characterised by “using any known or existing language could possibly hurt the speakers”.

Dissecting the language gives some insight into what has gone into its making. While the case markers are inspired by Tamil, the way the number system is formed shows Mandarin influence.

Few words have also been created on the basis of onomatopoeia, the process of creating words on the basis of the sound that an associated thing makes, for instance ‘isss’ associated with silence, is used to mean ‘peace’. Basic understanding of linguistics and a know-how of a few south East Asian languages can give one some hints. It cannot be put into anyone bracket of language types. The phonetics and phonology seem to be inspired by Tamil while the morphology from Mandarin. In other words while it has sounds which are characteristic of Dravidian languages, the way sentences are constructed is more like Mandarin which has separate words or characters for every morpheme or the smallest meaningful unit of language.

For instance, the logic behind ‘ Nim moova min’ an utterance in Kilikki can be deciphered if we pay attention to the two aspects of sounds and structure. At the level of sounds we can see, words familiar to most speakers of any Dravidian language, like ‘nim’ ‘min’. Nim meaning ‘you’ has cognates in Kannada, Tamil and Malayalam with ‘ni’ or a form close to ‘ni’ meaning ‘you’. To make language learning simple, Madhan introduced the first rule here, linking sound and meaning that all antonyms or opposite words would be the reverse of the sounds that make up the original word. So ‘nim’ being ‘you’ would imply that an exact reverse ‘min’ would mean ‘I’, while ‘moova’ meaning love would give ‘vamoo’ meaning hate, if fuhu was ‘go’ , hufu would mean ‘come’. “It made it easy to remember” he explains.

On these lines, the writer penned 40 different rules. Some of them are given in this table below:

These rules are not just about the grammar. But also speaks volumes about language as a vehicle of culture. For instance, one of the rules mentioned in the table says, ‘There is no word for sorry in Kilikki’, as a tribe that barbaric and blood-thirsty would not be one to apologise and hence there is no place for a word that means the same in its vocabulary.

Here is a short list from the vocabulary of the Kalakeya tribe, a larger version of which when released and made accessible to the public will also be open to rule additions and modifications.

Another thought that went into its creation, explains the writer, is the connection between how something sounds and what it implies. Certain sounds and sound combinations are pleasant to the ear, while some other feel harsh, irrespective of the tone, says Madhan. ‘For instance Groki ‘kill’ sounds brute and crude, while moova ‘love’ sounds soft and pleasant. The combination of g and r adds a feel of something gory, while the consonant cluster of ‘p’ and ‘r’ ans ‘s’ through its resonance followed by the liquid sound ‘l’in prsla ‘blood’do imply something rough, and slow.

‘Even if you were to say min groki nin in a flat tone, there is a sense of something unpleasant, while min moova nin hints at a softer emotion, even if one were to utter it loud and brash.’ The writer’s hunch definitely seems to have worked as the tribal chieftain’s aggression in the movie seemed aptly conveyed by the vocabulary, even though the audience had no clue of what was being said.

It was a conscious effort of not using gibberish, which a few films have done before. Which is also the reason it worked, says Madhan. “Unlike gibberish, this language though was not something the audience understood, the linguistics, the science that went into creating it gave it the authenticity. The personality of the tribe, their culture is what breathed life into the language.”