‘Lipstick Under My Burkha’ Row: Why The Internet Will Soon Send The Censor Board Packing 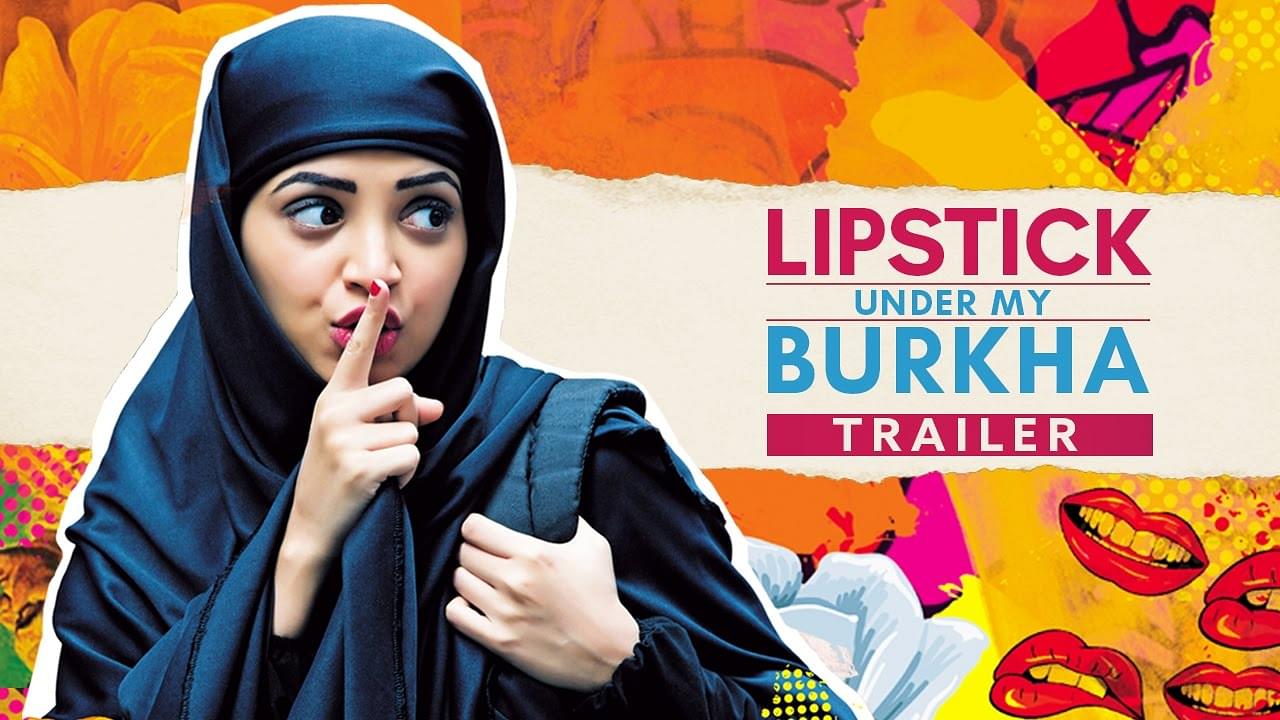 Lipstick Under My Burkha

The Prakash Jha-produced film Lipstick Under My Burkha, recently made headlines when the Censor Board refused to certify it for portraying heavy sexual content.

What was the issue all about?

This article outlines the reasons for the fracas and explains the roles and responses of the stakeholders involved.

The Central Board of Film Certification (CBFC) or Censor Board refused to certify the film, claiming that the film was “lady oriented, their fantasy above life. There are contanious sexual scenes, abusive words, audio pornography and a bit sensitive touch about one particular section of society.”

Its English and grammar notwithstanding, it’s important to understand the reasons behind this decision.

What are the laws and guidelines that led to the CBFC stand?

To make it easier, the film was refused certification because it wasn’t “sensitive to the values and standards of society” 1 (a); it offended human sensibilities by showcasing “vulgarity, obscenity or depravity” 2 (vii); it showed scenes that degraded or denigrated women 2 (ix); it showed scenes of “sexual violence against women” and the scenes were not found to be “germane to the theme” 2 (x); it showed sexually perverse scenes that were not found to be “germane to the theme” (2 (xi); it represented a specific racial or religious group in a “contemptuous” manner 2 (xii); and overall it was judged on the impact it would have on society 3 (i)[1].

Next, it’s important to break down the actual reasons given by the censor board.

They have claimed that the “the film is lady oriented, their fantasy above life”. It’s important to look at this, as plainly as the CBFC has stated it. Out of the 18 board members, only four are women. It isn’t inconceivable that a board, so heavily inundated with men, could not comprehend the nature of a self–professed feminist drama that deals with female sexual awakening in small town India. The film, directed by a woman, is speaking of sexuality from her own gendered perspective which might not have translated to the disproportionately male ‘Censor Board’.

Next, they claimed that “there are contanious sexual scenes”. Going by the notion that the word here meant contentious, the CBFC, under the aforementioned clauses, 2 (x) and 2 (xi), is well within its jurisdiction to disallow specific scenes of a sexual nature within the movie.

Next, they claimed that the film contains “abusive words, audio pornography”. While there exists no guidelines for “audio pornography”, it could fall under the previously iterated clauses. As far as “abusive words” go, 2 (viii) disallows “dual meaning words as obviously cater to baser instincts”. Even so, the CBFC hasn’t consciously disallowed the movie’s release on this clause.

And finally, the CBFC has disallowed the film as it contains “a bit sensitive touch about one particular section of society”. Once again, the CBFC can do so through the clause 2 (xi), if it felt that the movie was contemptuous of a religious group - a belief that has been resonated by the All India Muslim Tehwar Committee, which opposed the release of the film, stating that it goes “against the dignity of our women and tenets of Islam”.

Is the CBFC within its rights to refuse certification?

From all the information gathered and considered above, it seems likely that the CBFC has primarily disallowed the film on two counts; first, it is a film replete with sexual content; and second it deals primarily with the Muslim community.

Essentially, the CBFC, whether one likes it or not, does have, within its authority the right to disallow scenes of a largely sexual nature. Given that the writer of this article has not yet viewed the film, and is merely going by the trailer, the sexual nature of this movie is apparent.

Given the morality code superimposed in the CBFC guidelines, the depiction of sexual content on screen and its subsequent release/ban is entirely dependent on whether the board of the day is more lenient or whether they believe in following to the letter. The current CBFC chairperson, Pahlaj Nahlani’s views on this matter have been made amply clear in previous squabbles.

Whilst the previous clauses would have merely demanded cuts to the film, what perhaps is a little disconcerting is the application of clause 3 (i) which has been utilised to disallow the film for general distribution.

How does this relate to other films that have released?

Usually the CBFC, even in its most overzealous form, merely asks for drastic cuts to the film prior to its release. For instance, the Shahid Kapoor-Alia Bhatt starrer Udta Punjab was given 94 cuts by the CBFC, causing a media scandal. Film producer, Anurag Kashyap, subsequently moved the Bomaby High Court, which allowed for the release of the film with one cut.

The fiasco also created a cultural storm, with many prominent film and television personalities demanding that the CBFC simply do its job and certify, and not demand any cuts. Thus, it could be hypothesised that after the media uproar over the release of Udta Punjab, the CBFC found it more prudent to simply disallow Lipstick Under My Burkha.

This line of thought, though intriguing, finds hollow standing. Since the Udta Punjab fiasco, the Censor Board has remained true to its given name, and has recommended cuts wherever it saw fit - from reducing smooch scenes by 50 per cent in Ae Dil Hai Mushkil to replacing the word Lucknow with Awadh in Jolly LLB 2. The CBFC has even allowed the release of “adult” sex comedies like Mastizaade, after 22 cuts.

So, this begets a question. What was it about Lipstick Under My Burkha that warranted a reaction this extreme?

It could be argued, from the trailer, that the film was subversively commenting on the bondage women felt under the patriarchal norms of sections of the Muslim community. And it used the sexual awakening of women as a means of reclamation of their rights, a common trope of feminist politics. A film of this sort might have cause widespread public reaction from the mostly conservative Muslim community. In order to avoid any public mishap of the likes seen with previously divisive films or to avoid a similarly violent reaction as the Padmavati movie ruckus showed, the CBFC decided to disallow its release.

What options do the Lipstick Under My Burkha team have?

Apart from the conventional mediums of release, the team could also utilise the Internet as a release platform. The CBFC has no control over the content of distribution platforms like Hotstar, Netflix and Amazon Prime Video and the film can be distributed through these increasingly popular platforms.

The CBFC falls under the Ministry of Information and Broadcasting (I&B) while the internet falls under the Ministry of Communications and Information Technology. After the December 2016 launch of Amazon Prime Video and the subsequent media reports on self-censorship of content on the portal, the I&B ministry even clarified that they aren’t considering censorship of content broadcast over the internet.

Furthermore, with the launch of Reliance Jio and the 10 crore new data internet users, it seems like all of India is moving online. With better internet speeds, the slow but sure demise of conventional media distribution platforms is to be expected. Just as the film and television industry in the United States has been hit by Netflix Originals, so will India. The Lipstick Under My Burkha team would be wise to consider the internet as their release from the bondage of an antique Central Board of Film Certification.

Rishabh is a liberal inflitrating into the conservative scene. His interests are the cultures and politics of India and the Middle East. He tweets @rishabhrekhade