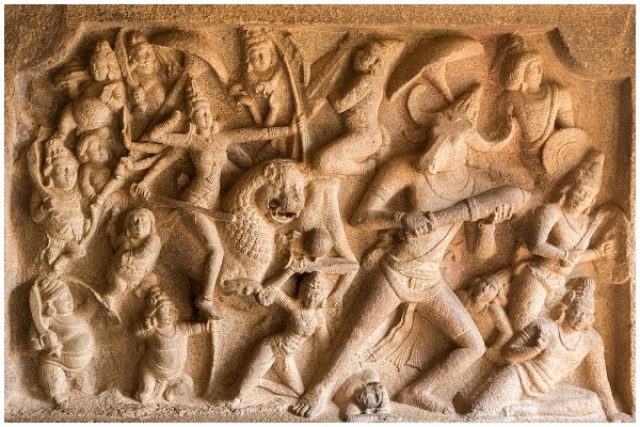 Think Kalki and immediately the name Ponniyin Selvan will come to mind. The history-fiction written by 'Kalki' Krishnamurthi, a pioneering journalist in Tamil as well as a freedom fighter, centres around the life of Rajaraja Chozhan, the greatest of the imperial Chozhas, and also one of the greatest Hindu emperors of India.

Naturally, the novel serialised for long in the magazine he ran called Kalki, became quite famous and is the most favoured vehicle for taking the culture nurtured in classic Tamil Nadu to her next generation.

However, there are two more important novels 'Kalki' had written along with Ponniyin Selvan. One is Sivakamiyin Sabatham (The vow of Sivakami) and another is Parthiban Kanavu (Dream of Parthiban).

Chronologically, Parthiban Kanavu was published first in 1942; Sivakamiyin Sabadam was serialized in Kalki between 1944 to 1946 and then published in 1948. And Ponniyin Selvan was serialised in the magazine between 1951 and 1954. In an interesting way, they all form in their own way a trilogy.

While both Ponniyin Selvan and Parthiban Kanavu have a clear or mixed effect of a 'they lived happily ever after', Sivakamiyin Sabatham is essentially a tragedy.

The story unfolds with Paramjothi, a young boy who accidentally meets Nagananthi, a Buddhist monk, as the former goes to Kanchi for education.

Set in the seventh century CE, during the reign of Mahendravarma Pallavan, particularly during the tumultuous time of the invasion of Chalukya emperor Pulakesin on Kanchi, the centre of gravity of the storytelling is the fictional character Sivakami — the daughter of Aayanar — the chief sculptor of Mamallapuram, again a fictional character.

The novel revolves around a very innocent love between Sivakami and Pallava crown prince Narasimhavarma Pallava. The Buddhist monk Nagananthi, who was actually the brother of Pulakesin, the emperor, and who was also gathering valuable intelligence from Kanchi for his brother, also falls in love with Sivakami.

Aayanar, the father of Sivakami, being a person devoted to art, had a strong desire to know the secret of the Ajanta cave painting — the desire which the Buddhist monk- cum-spy exploits to make his abode the base of some of his anti-Pallava operations.

Paranjothi, whom the monk initially tries to use for his espionage work without the youth's knowledge, soon joins the Pallava army — inspired by the valorous heroic acts of Mahabharata which he hears from the chief of Pallava counter-intelligence who actually happens to be Mahendravarma himself incognito.

Mahendravarma had spent almost all his life, nurturing all forms of arts, literature and sculpture during his reign. A pacifist at heart, he never expected an invasion. But when invasion comes, even then he is almost in denial mode.

Sivakami is also abducted and imprisoned in Vatapi — the capital of the Chalukyas.

The novel also has in it the theme of Ramayana. Mamalla or Narasimhavarma dispatches Paranjothi, now also his dear friend and a commander in the army, to bring back Sivakami.

At Vatapi, she also had to reject the requests of Nagananthi to marry him. He is mad about Sivakami and reveals that he is ready to kill even his brother for Sivakami.

Sivakami bravely endures all the sufferings and is like Sita in Ashoka Vana. She tells Paranjothi that she has made a vow that she would come back to Kanchi only after Narasimhavarma Pallava would come, conquer Vatapi and take her back to Kanchi.

In Kanchi, Mamalla makes a promise to his father on his death bed that he would revenge the sacking of Kanchi by invading Vatapi. He does. However, before that, he is forced to marry the Pandya princess.

At last, Narasimha does invade Vatapi, ransacks it, and Sivakami is rescued. However, her heart breaks knowing that Mamalla had married and that too because he needed the combined strength of the Pandya forces so that he could fulfill the vow she had made.

With a new resolve, Sivakami dedicates herself as a dance to Lord Siva.

The novel speaks about the failure of pacifism in front of a violent and cunning aggressor. It also speaks of how the culture of valour has to be kept alive in society.

Jolted out of his pacifist tendencies and artistic utopia because of the invasion, Mahendravarma also notices how the telling of the Mahabharata made Paranjothi feel valorous and ready to fight.

So, Mahendravarma commissions Mandapams to tell Mahabharata to his citizens. The work for the famous rock cut temples of Mahabalipuram or Mamallapuram was started by Mahendravarman.

But it was completed with grandiose by his son Narasimhavarman, also known was Mamallan. Kalki combines these facts and in the entire novel, one can see a subtle criticism of appeasement of the aggressor running throughout.

Except by one's own strength, one cannot buy peace and definitely, it cannot be achieved by placating the invader.

They stand before a rock-cut temple where the work is in progress. The Goddess is mounted on Her furious lion and She is aiming the arrow through Her bow.

Seeing the fierce Goddess, the daughter says that that She is so fierce is unsettling for her. Then Narasimha Pallava draws the outline of Mahishasura and makes the artisans sculpt it.

Thus both in Sivakamiyin Sabatham and Parthiban Kanavu we have Mahabalipuram or Mamallapuram play an important background for the unfolding of the plot. And the novels also have a valuable lesson for the modern rulers of India in their own way.